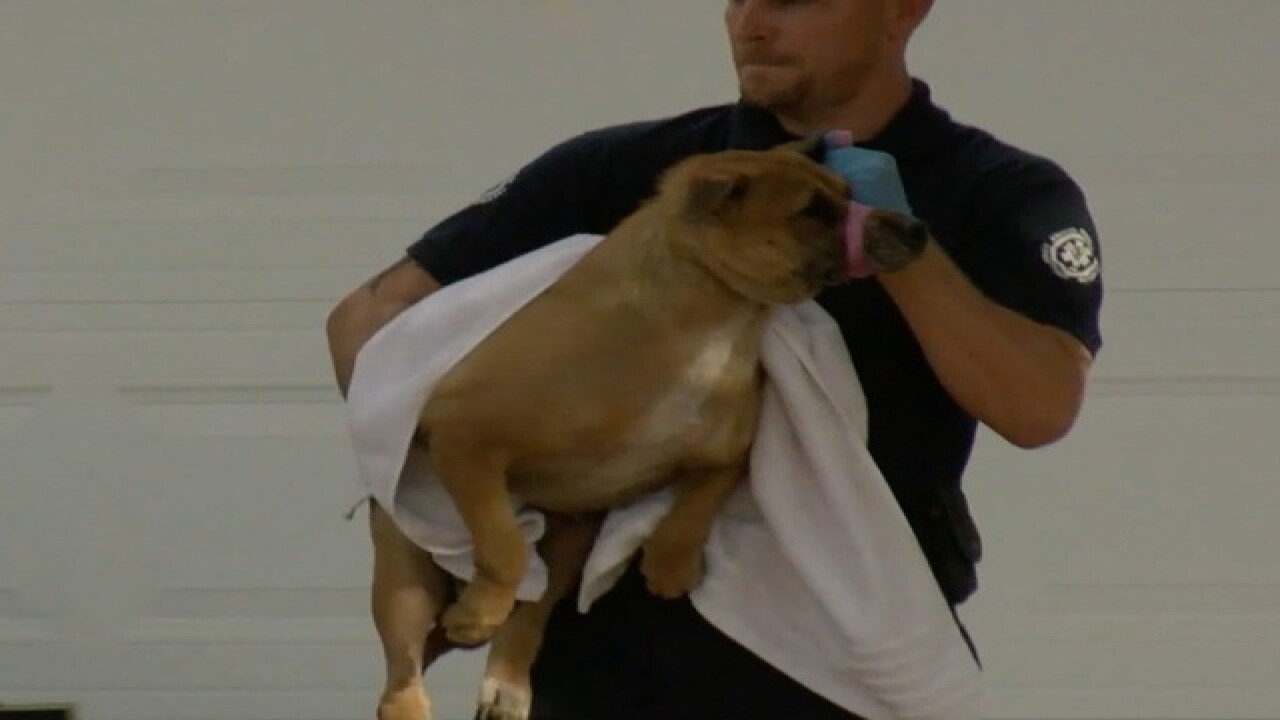 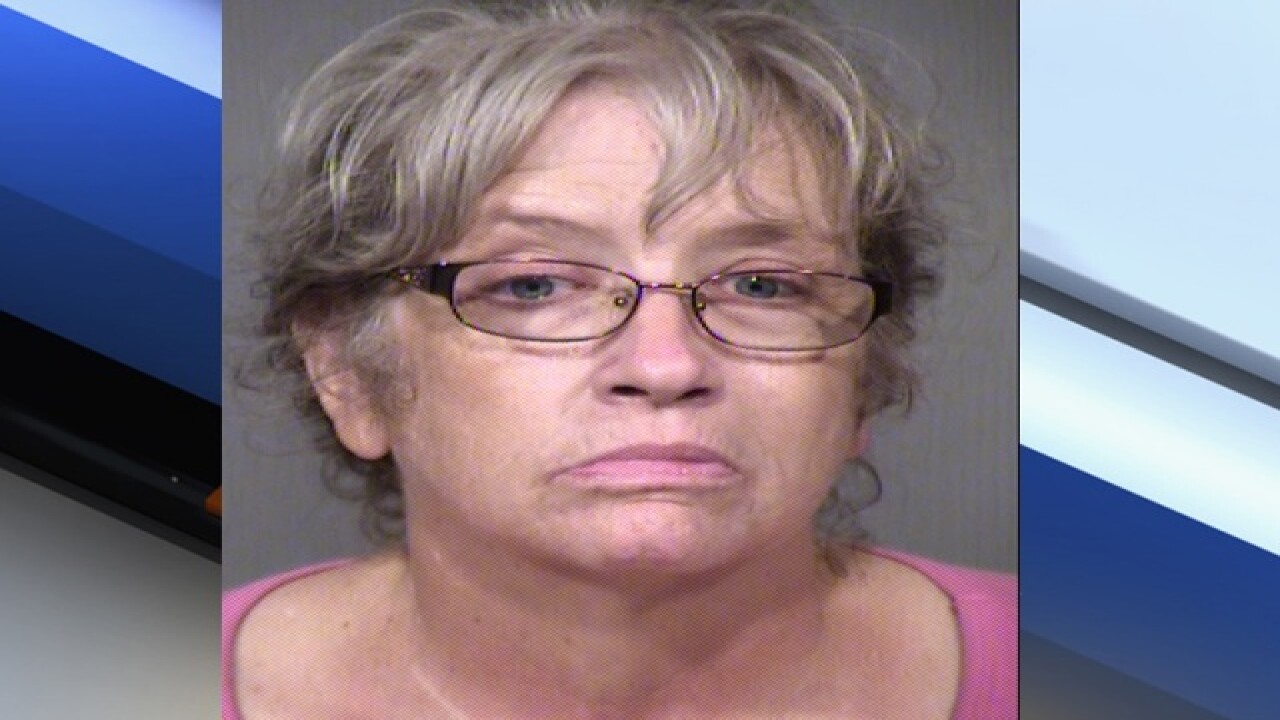 A Glendale woman is being booked into jail Wednesday after officers said they found two dead dogs and dozens of other neglected animals at her home.

Officers said they became aware of the animals after a constable went to serve an eviction notice at 55-year-old Laurie Collins' home near 67th and Peoria Avenues. Fifty-two mistreated dogs were found outside without a shelter, police said. Two of the dogs were found dead, and a third dog died while being taken to the hospital.

In a phone interview with ABC15, Collins denied the abuse accusations.

"Never in my life," Collins said when asked whether she had neglected the dogs. She said that she and her daughter rescue abused dogs and that they have found new homes for more than 400 dogs over the past 14 years.

Collins admitted that her situation with the dogs had become unsustainable after accumulating too many of the animals.

"I had so many of those dogs because it got away from me," Collins said. She said that she had contacted the Arizona Humane Society for help—a claim which a humane society spokesperson disputed.

Collins and her daughter were squatting in the house for the past two months, according to Brian Bair, Chief Operating Officer OfferPad, the company that owns the home.

Collins said that she had been scammed and signed a lease for the home with a third party.

The Arizona Humane Society called this a case of animal hoarding. The dogs are described as Chow/Shepherd mixes and are antisocial.