VIDEO: Glendale police officer and firefighter save family from fire 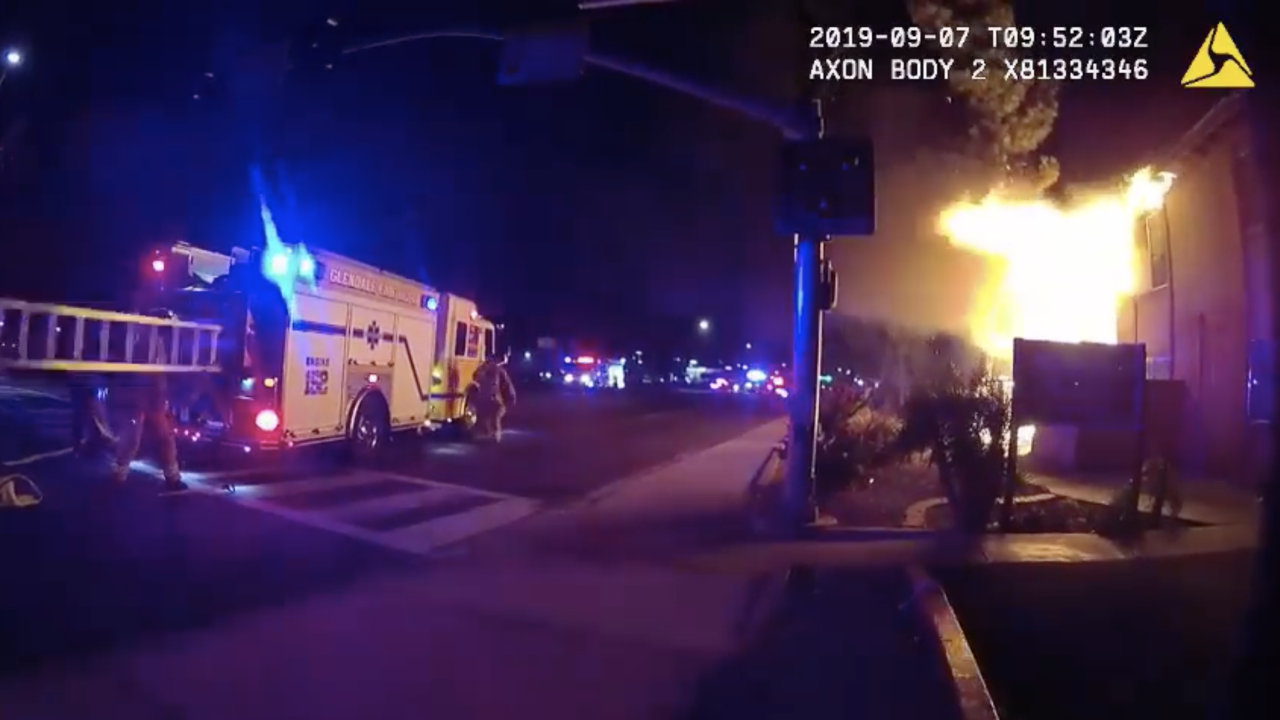 GLENDALE, AZ — On September 7, Officer Ty Nowatzki was the first to arrive at an apartment building fire around 2:46 a.m., near 59th Ave and Bethany Home Rd.

Firefighter Kyle Knight quickly set up a ladder as he was told there were people inside, and officer Nowatzki helped two brothers down the ladder. He then climbed up the ladder and into the building to help a family with three young children, even carrying one outside.

Nobody was seriously injured in the fire.

Both officer Nowatzki and firefighter Knight were honored for their heroic acts.

Watch the tense moments in the video below: