Veteran gets huge surprise after his dog and vehicle were stolen 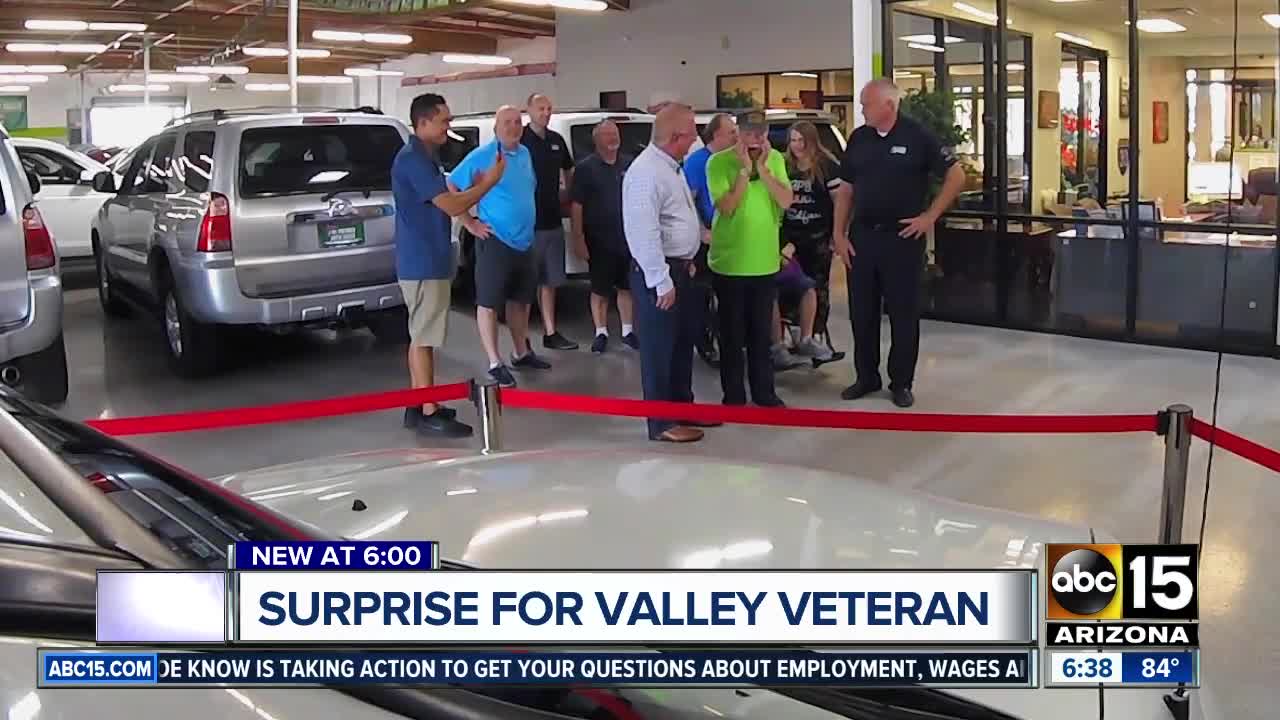 A Valley car dealership gives the surprise of a lifetime to a veteran who had his dog and car stolen recently. 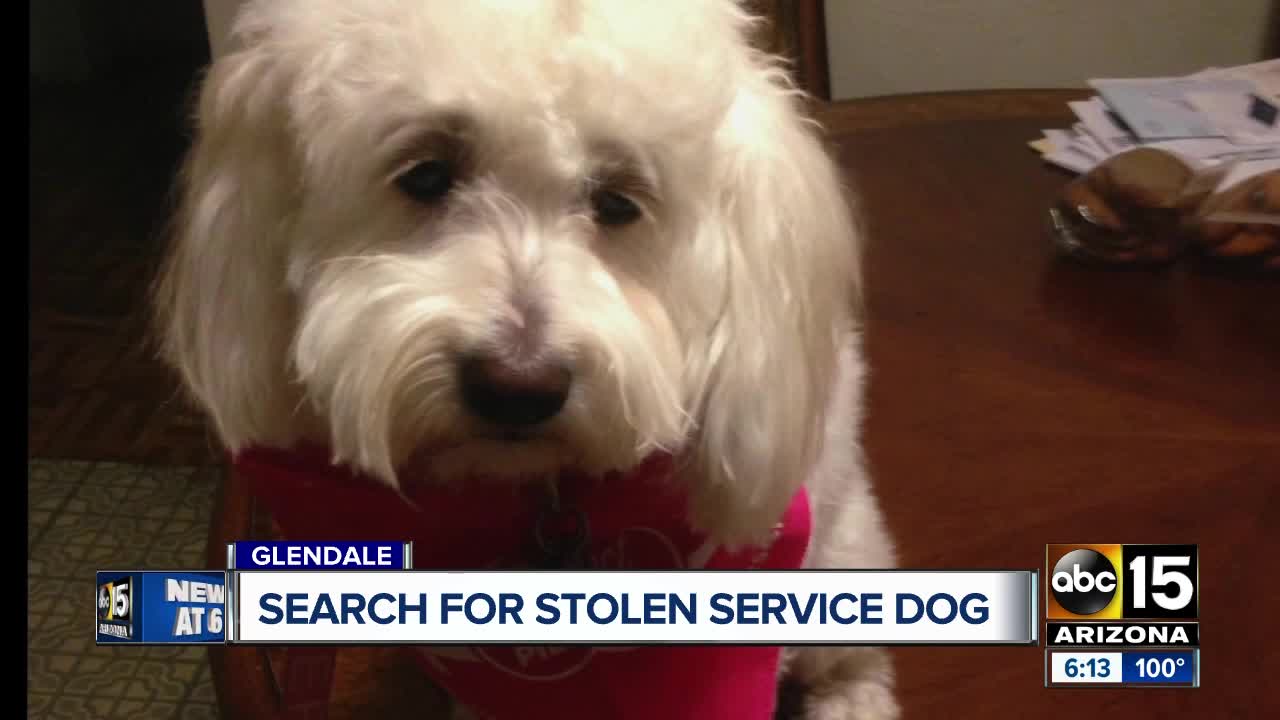 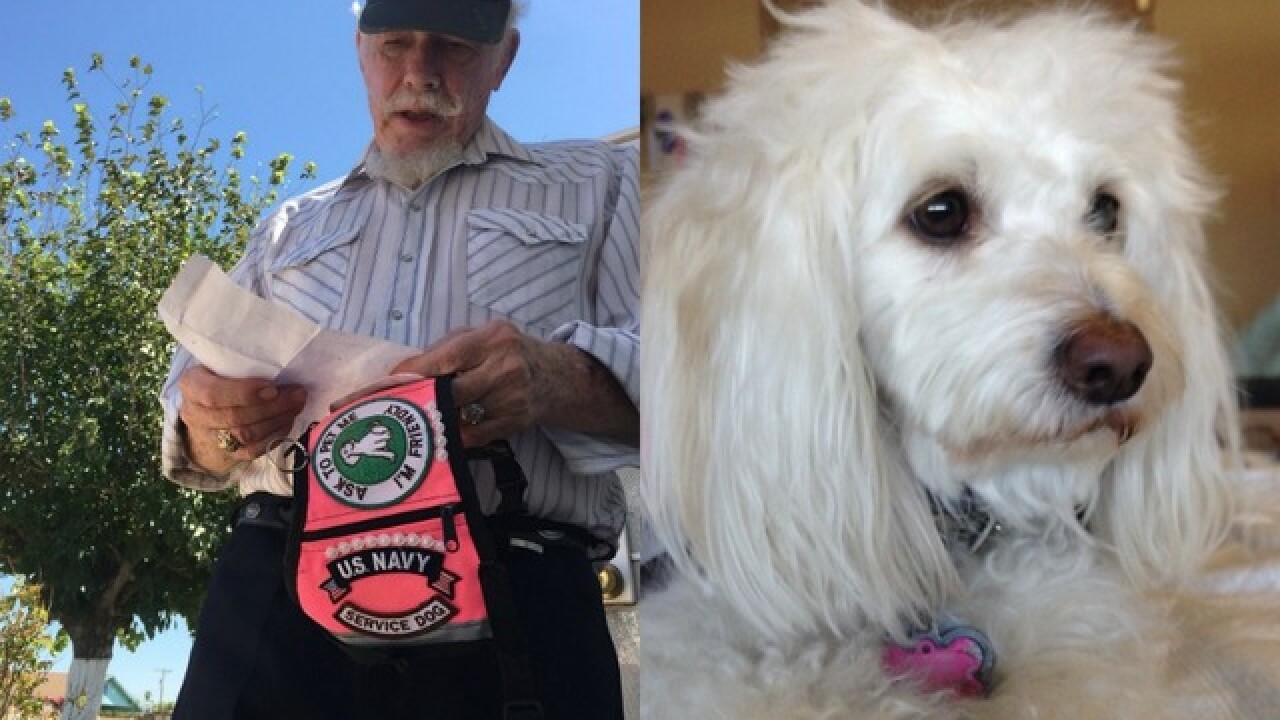 A Valley veteran still searching for his stolen vehicle and dog, Ladybug, got a huge surprise Wednesday.

Though Ladybug still hasn't been located, Jack Steinman's story caught the eye of a local car dealership that wanted to help.

The owner at I-10 Premier Auto in Phoenix decided to gift Jack with a free vehicle after he learned the veteran had come in looking for a cheap used car to buy, because that was all he could afford.

You can watch the surprise announcement take place in the player above.

A Valley veteran is heartbroken after someone stole his service dog, Ladybug, Monday night.

Jack Steinman was running an errand at an Auto Zone near 57th Avenue and Camelback in Glendale with a friend. He says he just needed to pick up brake pads, so he left Ladybug in the locked car with the engine and air conditioning running to keep her cool.

While he was in the store, someone stole his car with Ladybug inside. Jack says he parked right near the front door, so he's convinced whoever stole the car and Ladybug was watching the parking lot.

Jack doesn't care about the car but he is hoping to get Ladybug back.

"If she comes back, I guarantee you she will never leave my side," said Jack. "I don't care if I go to the ends of the Earth."

The 76-year-old says Ladybug is his best friend. He couldn't sleep Monday night because he's hoping she will be okay. "This is the first time since she's been with me that she hasn't been home."

Ladybug is a two-and-a-half-year-old Maltese-poodle mix. She's all white, and as of Monday night did have bows in her hair. The stolen car is a 2008 Suzuki Grand Vitara with an Arizona disability license plate.

Police say Jack's vehicle is equipped with a push button feature that requires a key fob to be in close proximity for the car to start. Detectives believe that because the fob was not taken when the vehicle was stolen, the suspects may have abandoned the car in a neighborhood or parking lot.

Anyone with information is asked to contact the Glendale Police Department at 623-930-3000 or Silent Witness at 480-WITNESS.