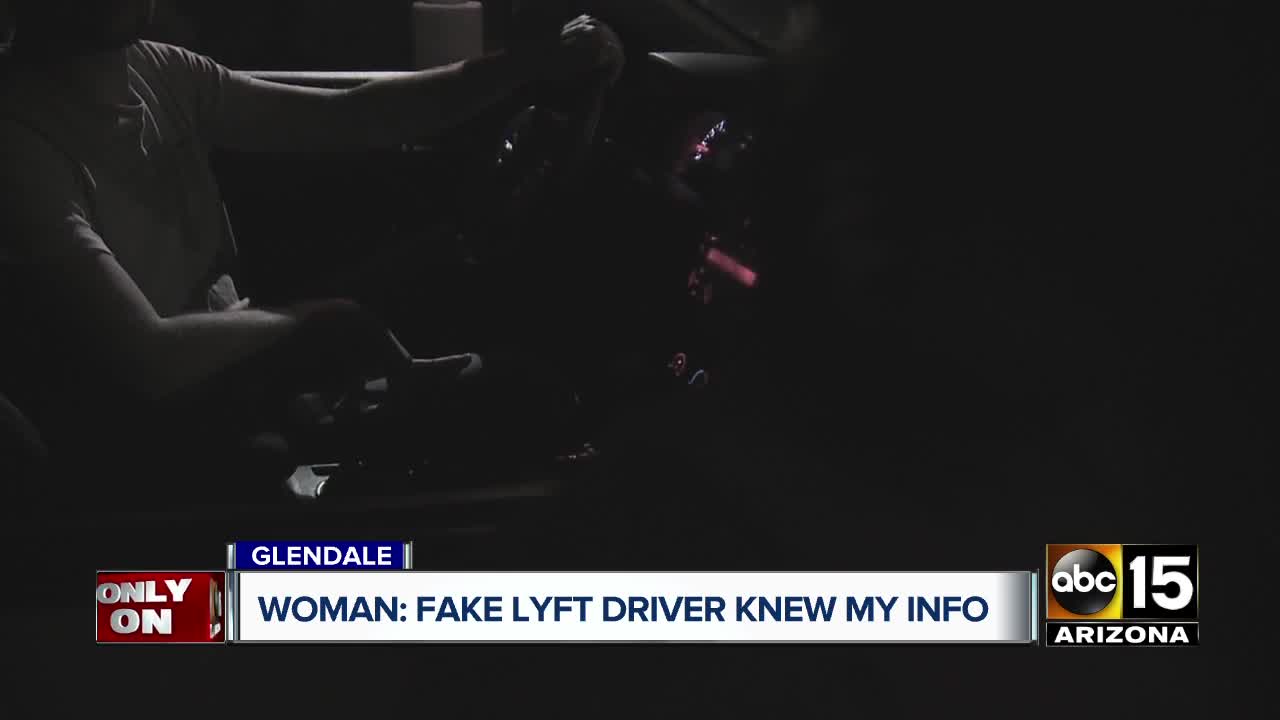 A Valley woman was shocked when a man pulled up claiming to be a Lyft driver, who even knew her name and where she was going, but turned out to be a fake.

GLENDALE, AZ — Could fake ride-share drivers get their hands on your personal information?

It's a real concern for one Valley woman, who says she and her husband were approached by an impostor Tuesday night after ordering a Lyft to head home from Westgate when she was approached by a different car than described on the app.

“He said 'Oh, are you looking for, and he mentioned the Lyft drivers actual name," said Greenwood. “We said yeah we are waiting for her, but she’s meant to be in a black Honda Civic. But he said no, I’m your Lyft.”

The driver then looked down and even told the couple where he was told to pick them up and where they were heading.

"It just seemed not quite right," she added.

After noticing the car didn't have a Lyft decal on the outside, the couple refused to get in, and the driver left. Moments later, their real Lyft driver showed up.

“We started checking bank accounts cause we were like clearly somethings been hacked, we just didn’t know what had been hacked,” Greenwood said.

The couple reported the incident to Lyft and Glendale police, but still don't know how the impostor knew their ride information, or what his intentions were.

ABC15 reached out to the ride-share company for comment, and while they're still just as puzzled by the information they did say:

“At Lyft, safety is fundamental. The behavior described is deeply concerning, and our dedicated Trust and Safety team will continue to investigate this particular incident. We provide license plate numbers in the app for riders to match with the vehicle, which is the easiest and most effective way to identify your ride. We also provide photos of the driver and vehicle, and details on the vehicle’s make, model, and color.”