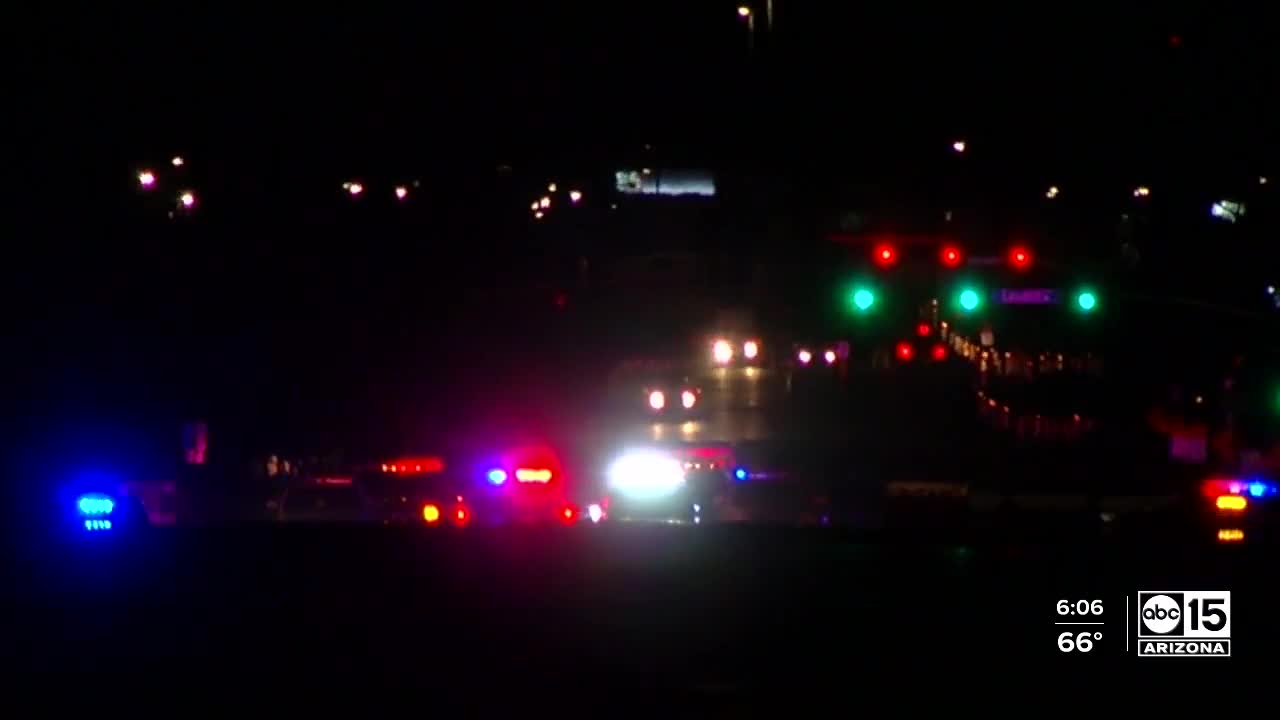 Investigators say a driver was traveling westbound in the number one lane west of Glen Harbor Boulevard when it rear-ended another vehicle.

The impact of the crash caused the second vehicle to go into the eastbound lanes and get hit by an oncoming vehicle.

Two people inside the first vehicle remained on scene. A male adult was taken to a hospital and is in stable condition.

One person was in the third vehicle and suffered minor injuries and did not need to be taken to a hospital.

Glendale Avenue, between Glen Harbor Boulevard and Dysart Road, was shut down until about 10:00 a.m.

Authorities say speed and impairment are being investigated as possible factors. No arrests have been announced.