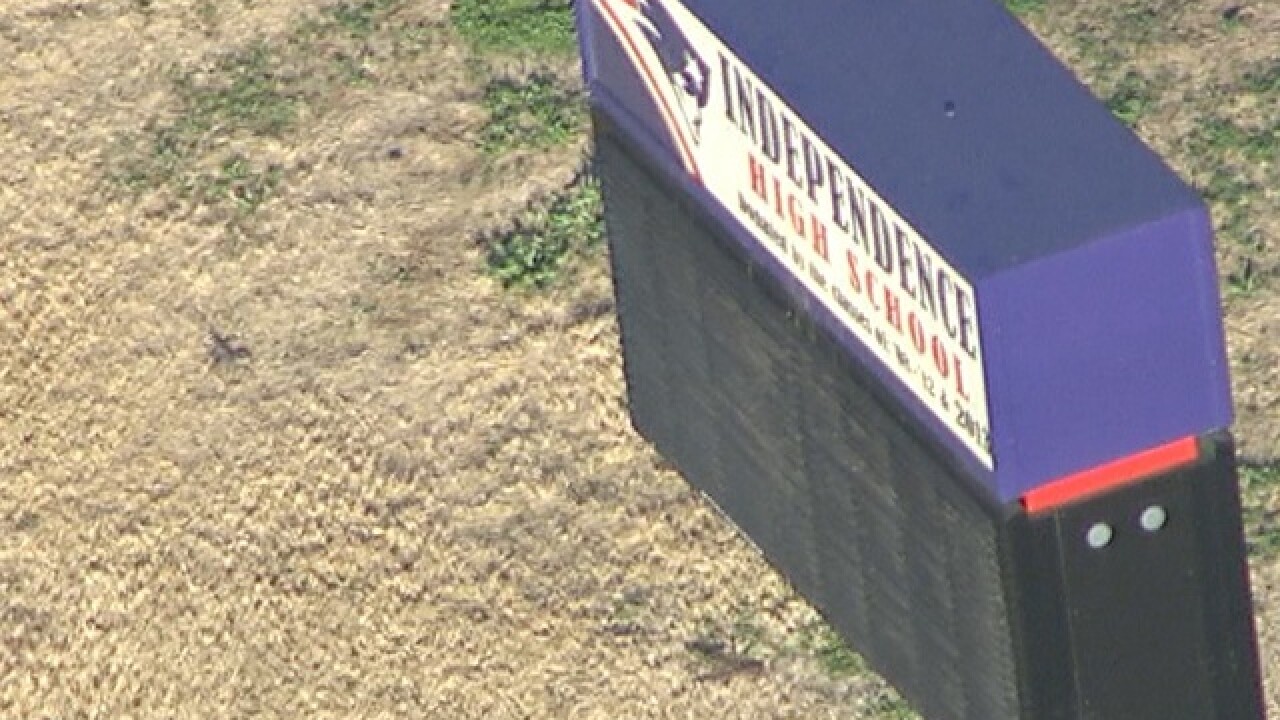 There will be an increased police presence at Independence High School in Glendale after reports of a threat to the campus.

According to police, the threat was done as a “joke” and there was not an actual planned threat.

Students and parents at the school have been notified about the incident.

Criminal charges are being submitted to the Maricopa County Attorney’s Office for review.

The increased police presence on Wednesday is to show parents and students that the campus is safe.

The names of the suspects involved have not been released since they are minors.

The threat comes a day after the Phoenix FBI hosted an event warning residents of the seriousness of school threats.