Report: Arizona Cardinals will be the most expensive NFL team to support in 2017 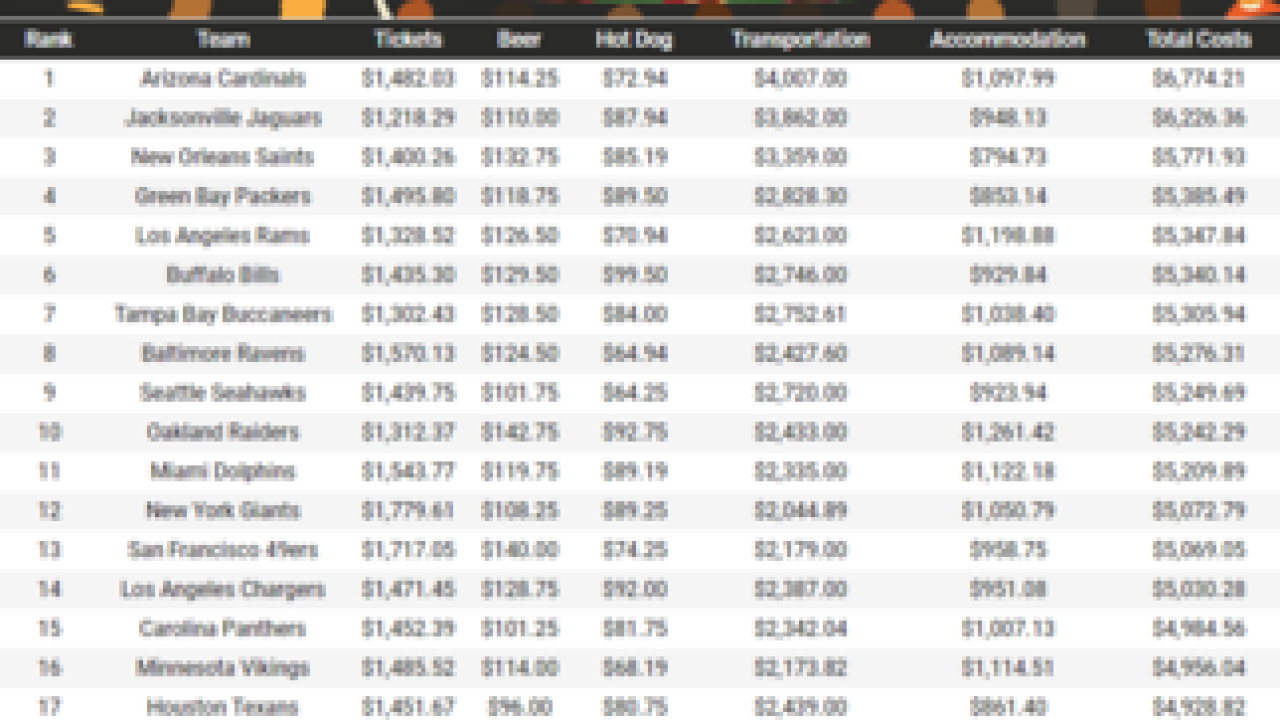 Copyright 2017 Scripps Media, Inc. All rights reserved. This material may not be published, broadcast, rewritten, or redistributed.
HomeToGo 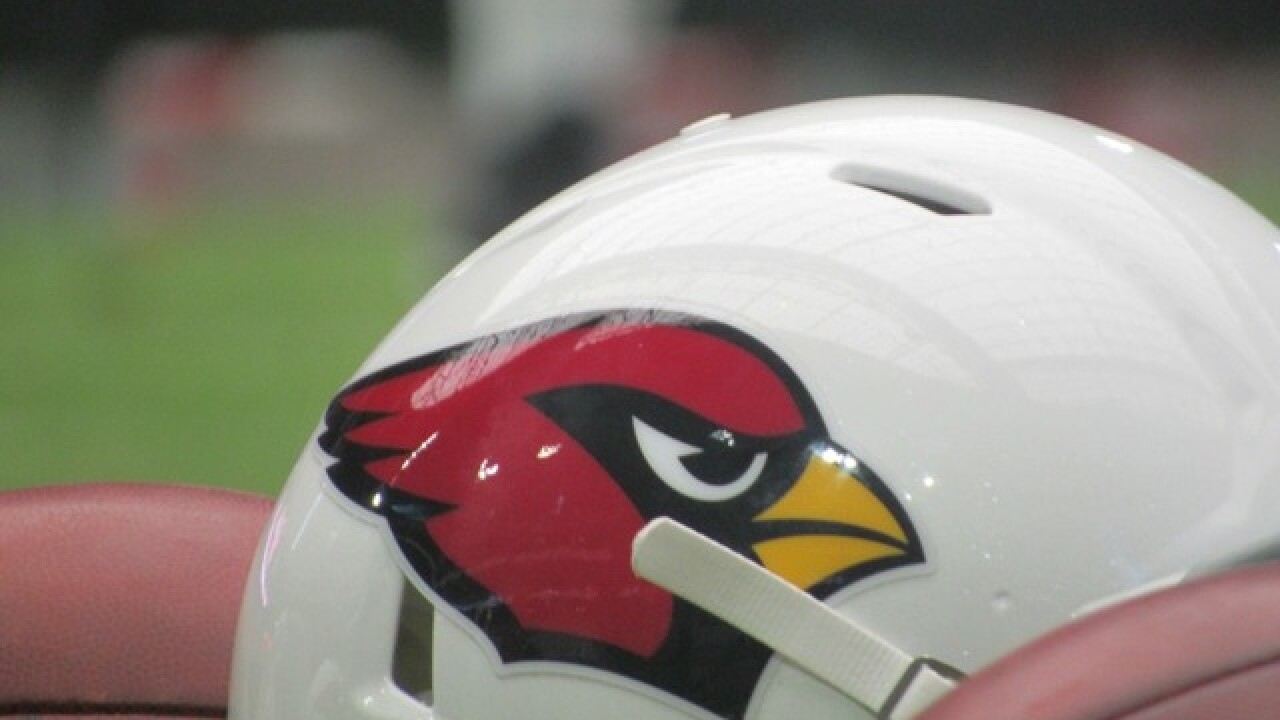 According to a report from HomeToGo , the Arizona Cardinals will be the most expensive team to support in the upcoming NFL season.

To find out the cost of following each team this year, HomeToGo created a Football Price Index which calculated the price of tickets and game day snacks for every game, along with travel and accommodation for away games for one person.

Following this index, the report said that Cardinals fans would spend an estimated $6,774.21 this season, which makes them the most expensive team to follow.

By these standards, the Pittsburgh Steelers are the cheapest team to follow at an estimated $3,983.25, according to the report.

HomeToGo broke down each of the guidelines their index was based on:

Fans of the Jacksonville Jaguars will reportedly spend less on tickets than any other team at $1,218.29 for the 2017 campaign.

The price index also found that fans of the New England Patriots will spend more money on tickets than any other team at $1,786.76 for the whole season.

The report also says that Cardinals fans will spend more on transportation than any other team at $4,007 for the season.

HomeToGo's NFL Price Index for all 32 teams can be found here .