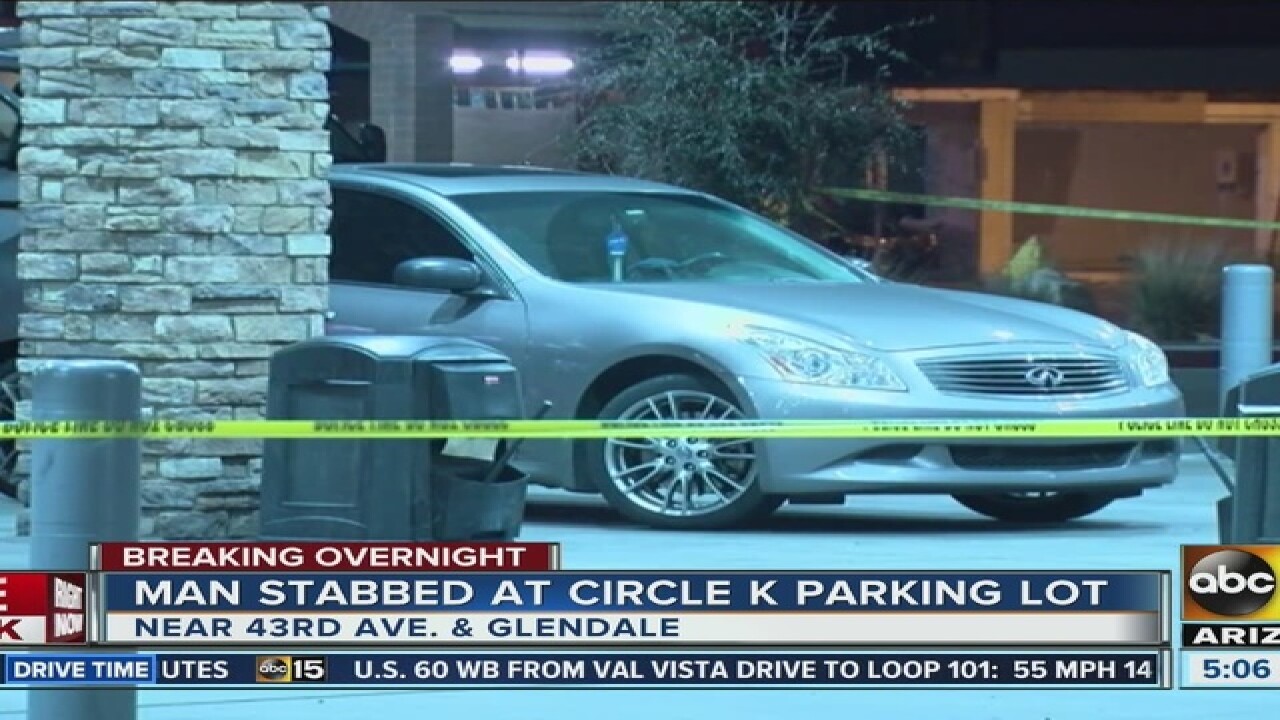 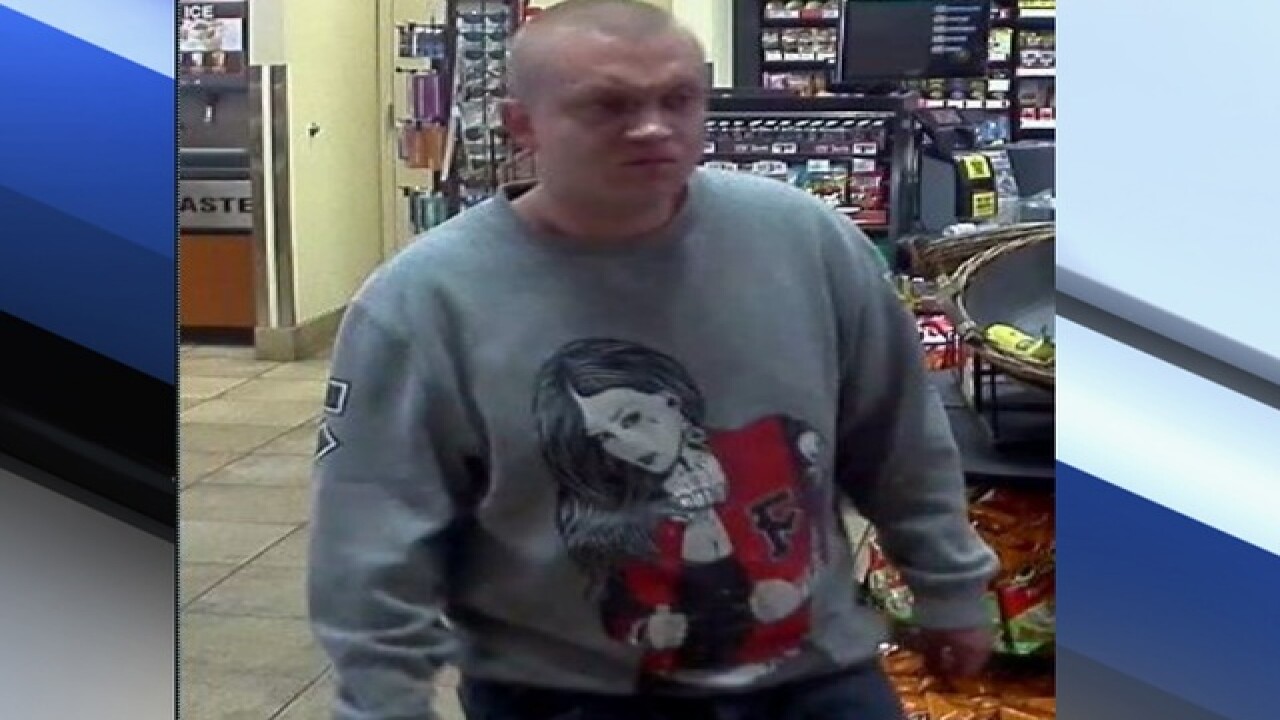 Glendale police are looking for the suspect involved in a Sunday night stabbing.

Officers responded to a Circle K near 43rd and Glendale avenues around 9 p.m. after a man reported he was injured.

Police say the man was stabbed twice and was transported to the hospital with critical injuries.

According to police, the suspect was parked at a gas pump when the victim pulled up to a nearby pump. Without warning or any verbal exchange, the suspect then approached the victim and stabbed him before fleeing in a red four-door vehicle.

Officials say they are looking for a white male, 5 feet 7 inches, 180 pounds, short light buzzed hair, seen wearing a light colored sweater with a picture of a woman on the front.

Anyone with information should contact Glendale police or call Silent Witness at 480-WITNESS.