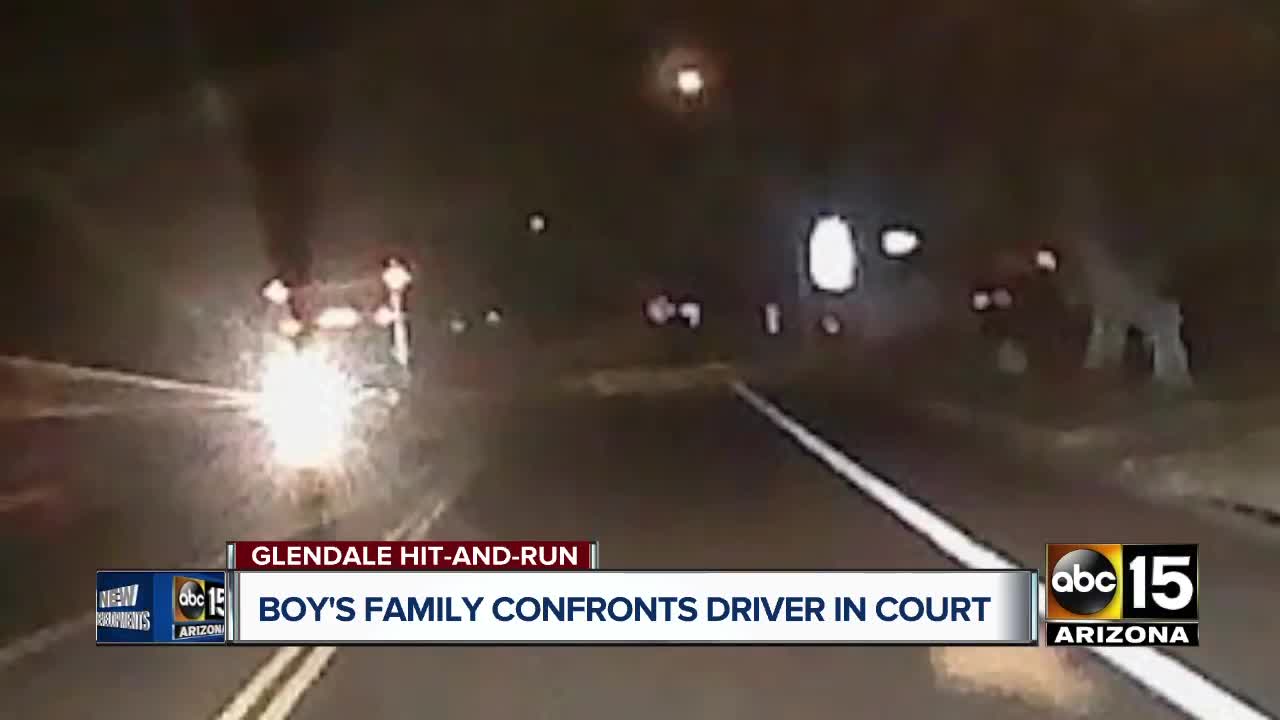 The family of a 12-year-old boy who was critically injured in a hit-and-run in Glendale confronted the driver in court on Thursday night. 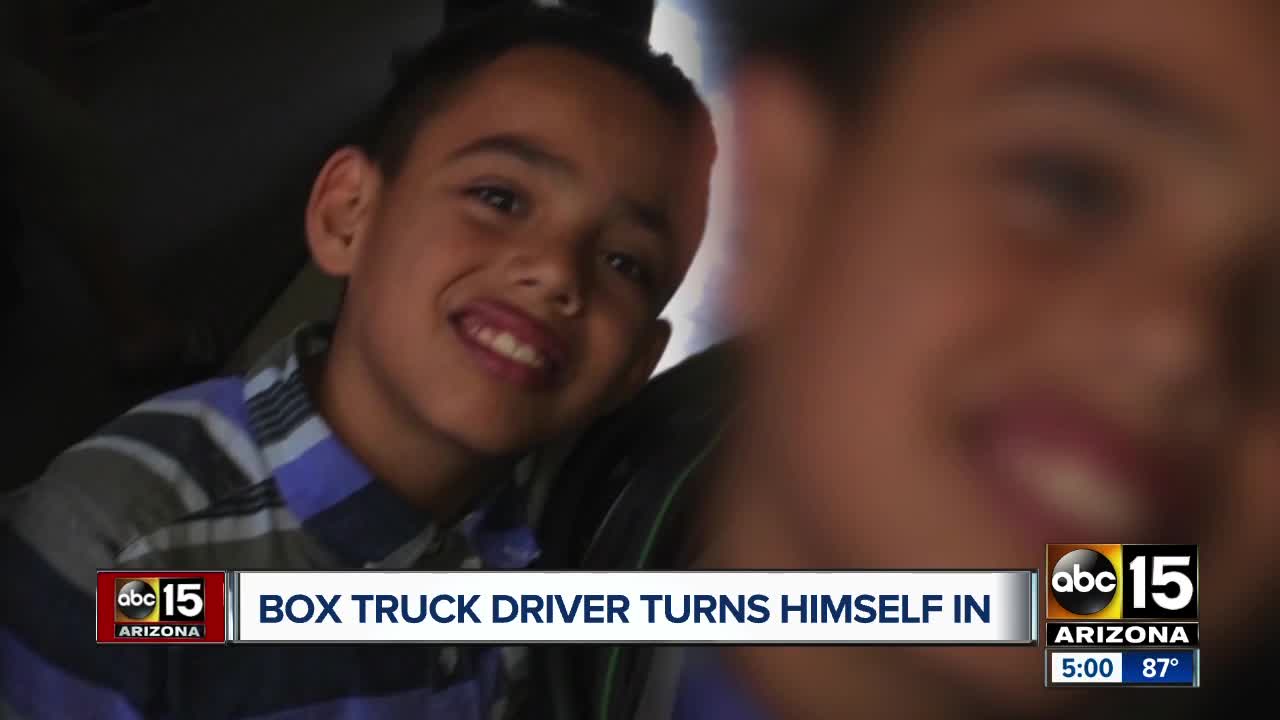 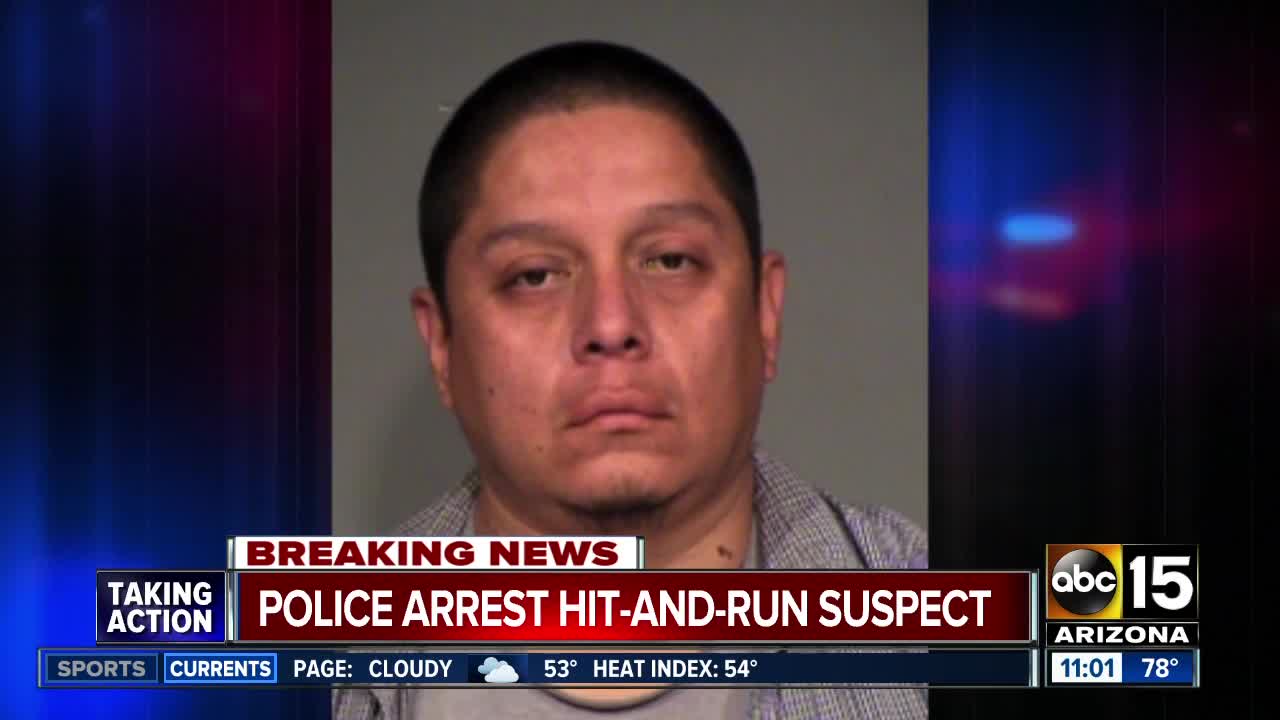 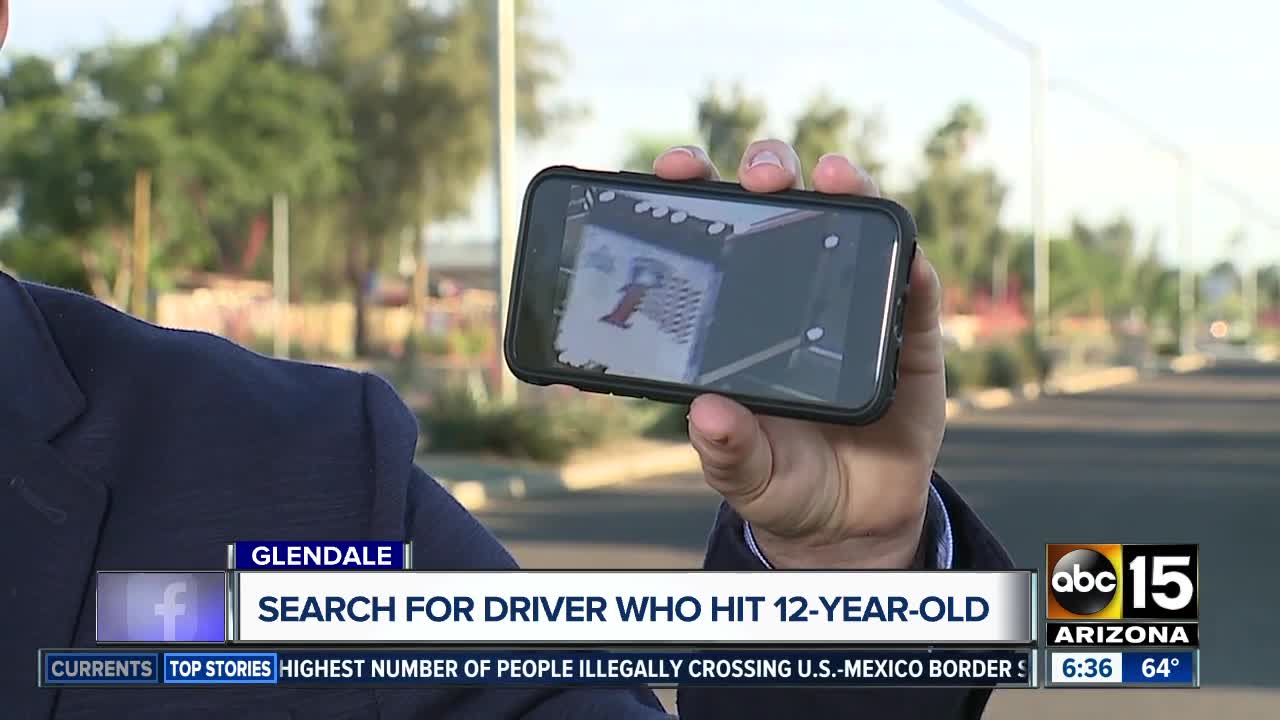 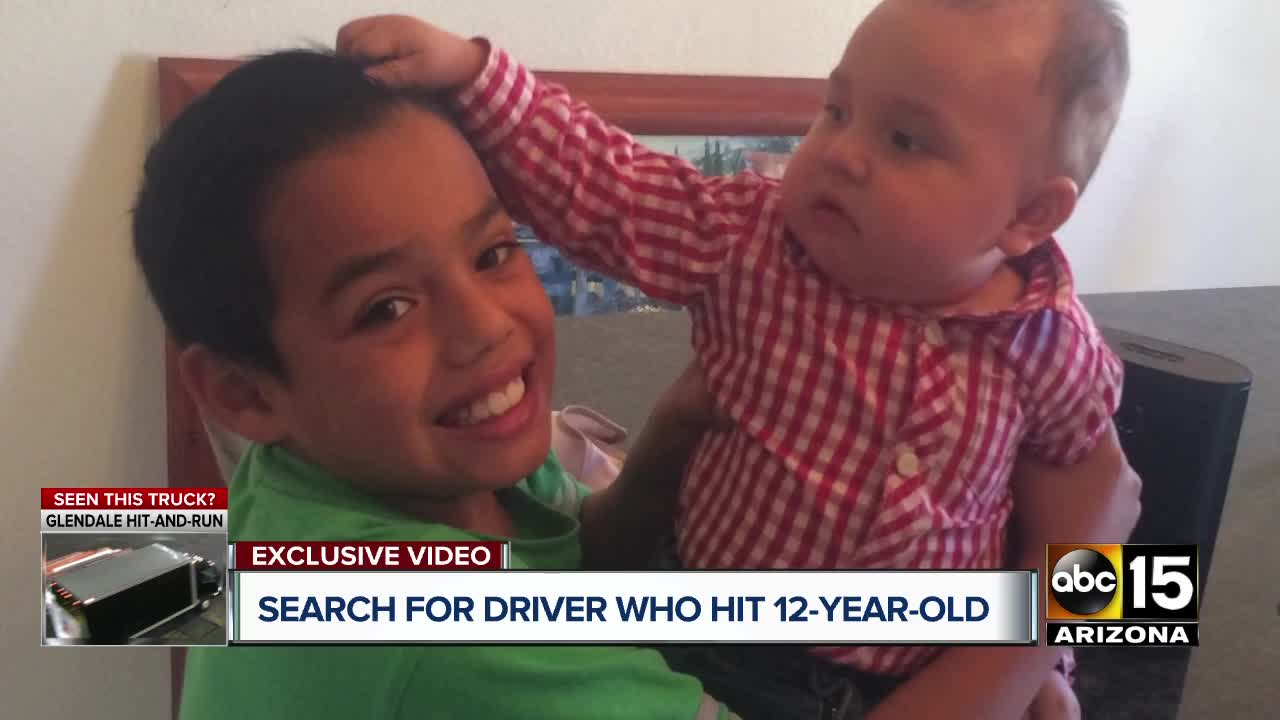 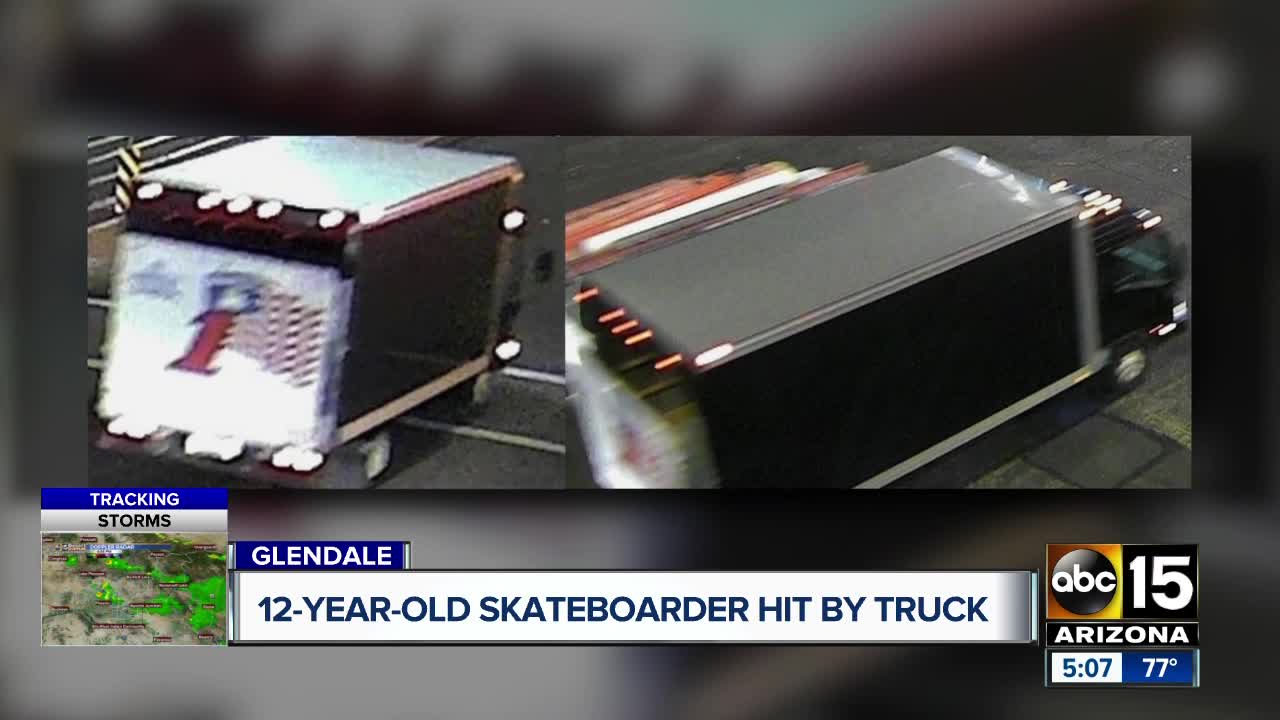 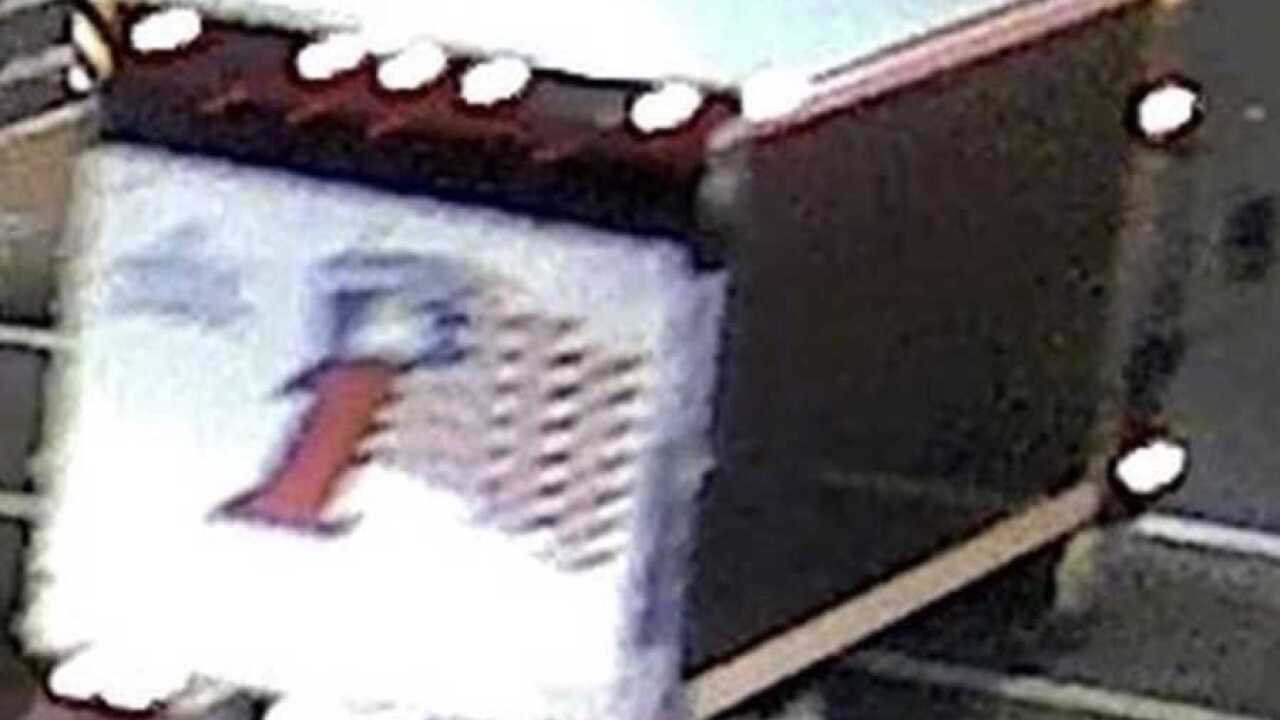 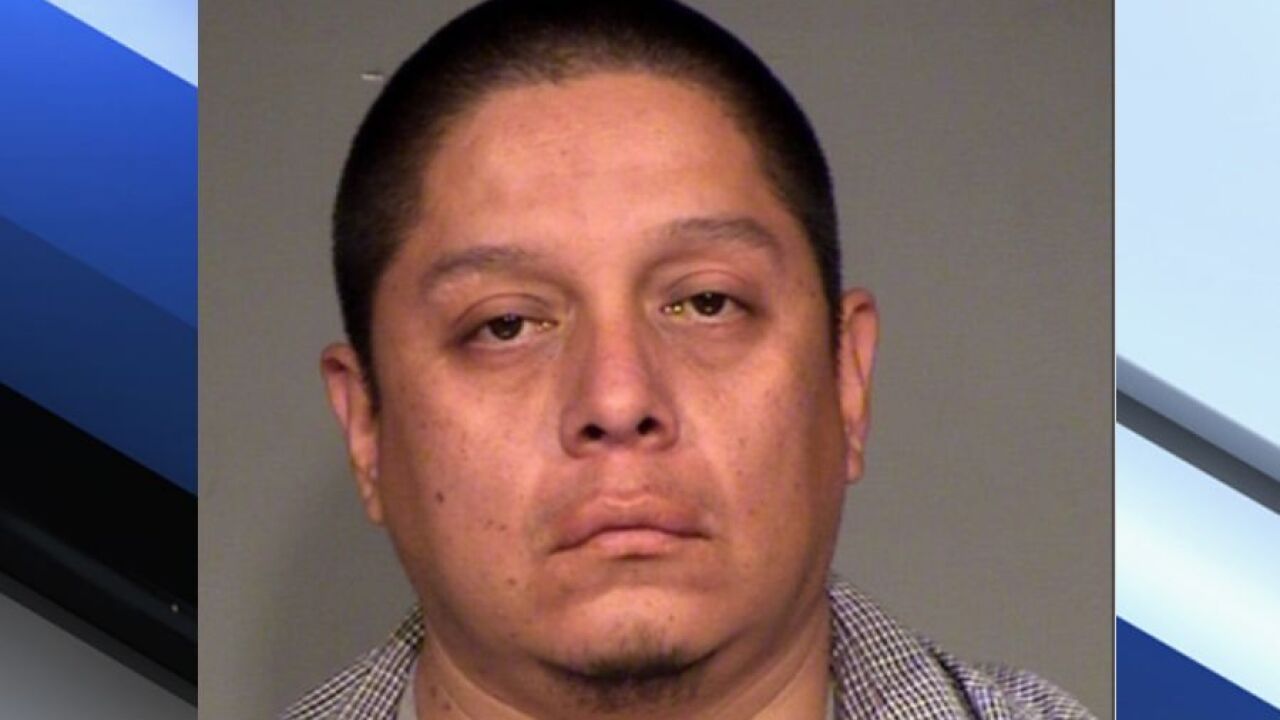 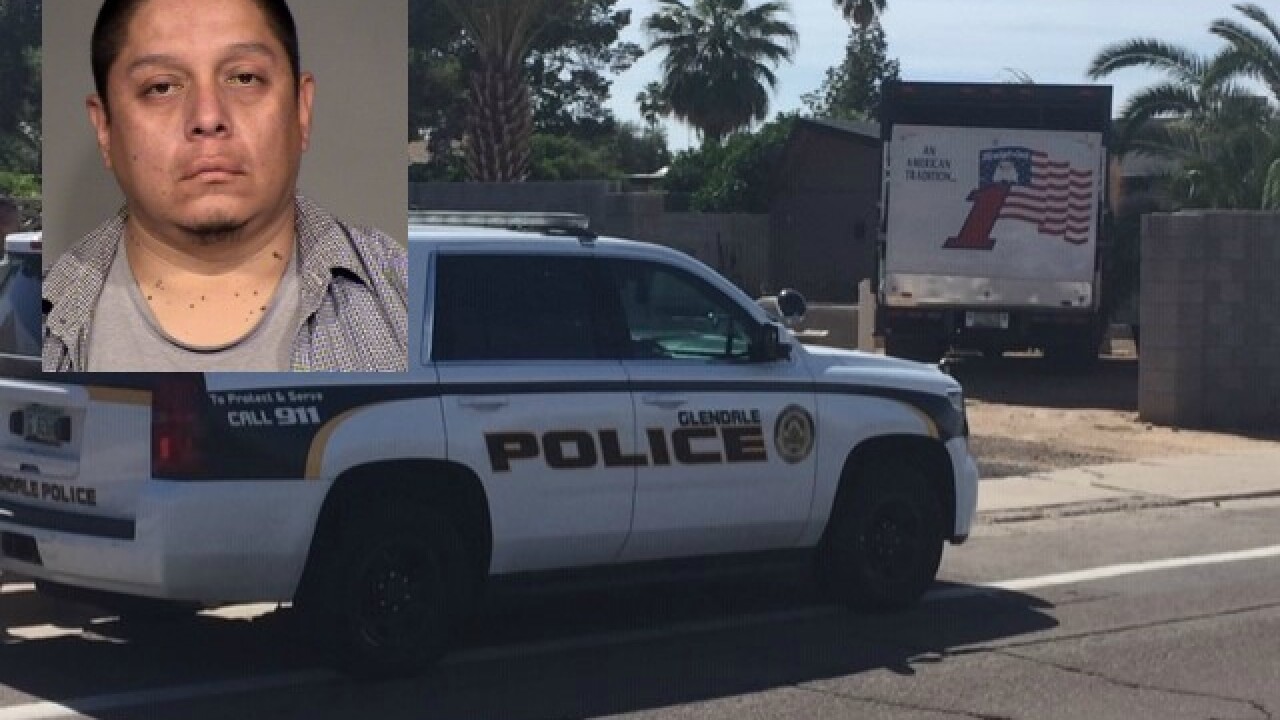 GLENDALE, AZ — Authorities have arrested the driver of a box truck that hit and critically injured a child Monday night.

The Glendale Police Department says a 12-year-old boy who was riding his skateboard was struck by a truck near 63rd Avenue and Camelback Road around 8:45 p.m. The distinctive black box truck drove off without stopping or calling 911.

“All of a sudden I hear a loud bang,” said Roger Hackl, who was heading to his RV shop when he saw a headlight flick out on a truck ahead. “This guy goes blowing by me and then this body comes and shoots out in front of me.”

Hackl instantly called 911 and waited with the boy, Adrian Coronel. His dash camera was rolling on the entire incident and he gave the footage to police.

"That kid was a mess! There were parts parts of his body pointed in wrong directions," said Hackl.

"[Adrian was] bleeding from his ears and his mouth. And on the ground gasping for breath," said Roger Acevedo, Adrian's uncle. "The Phoenix Fire Department showed up in like three minutes, picked him up and took him to the hospital.”

While paramedics were rushing the 12-year-old to the hospital, the driver was speeding off.

"You could hear the roar of the engine as he went by," said Hackl.

Adrian's friend, Charles Grice, had a message for the driver: "Why didn't you stop and do what you were supposed to? You hit him, stop your car, get out and help him."

Adrian's family is leaning on their faith to survive.

"We're trusting Him. Vengeance is His, says the Lord," said Acevedo. "For [Adrian] to be alive, it's a blessing. It's a miracle from the Lord. So we're thankful."

Police identified the suspect as 44-year-old Jesse Mendoza. He reportedly turned himself in Wednesday night after seeing media reports and photos, and admitted to his involvement.

Police documents say Mendoza thought someone may have thrown something at the vehicle and didn’t stop. He reportedly told police he did see and hear something hit the vehicle, but looked in his rear-view mirror and did not see the injured child or any witnesses.

Documents say he admitted to police that he took the vehicle to a windshield repair shop to fix the windshield damage and lied to his employer about how the damage was done.

Mendoza's ex-wife, Jessica Arnette, says when Mendoza called 911, he was crying on the phone but he knew it was the right thing to do.

"If this was one of our kids or a kid of someone we knew, we would want the person to turn themselves in. You have to pay for your consequences,” Arnette said. "I know no words can change anything, but I just hope that they will forgive him and I hope the kid comes through and he’s OK.”

He was booked into jail on multiple charges including failure to stop for an accident involving serious injury, failure to render reasonable assistance to an injured pedestrian, driving on a suspended/revoked driver’s license and tampering with physical evidence.

Mendoza told police his driver’s license was previously revoked after prior criminal traffic violations, according to documents.

Police say the child is still in serious condition at the hospital. According to police documents, the child suffered skull fractures and a brain bleed.

“'I’m sorry' isn’t enough. I can’t imagine the grief that they are going through, the pain that they are feeling. All the questions going on through their head. Why didn't he stop? I’m hoping that the family sees he did turn himself in...that the cops didn’t have to go searching for him. That he saw it on the news and decided, 'you know what? This was me and I need to do the right thing,'” Arnette said of Mendoza.

A GoFundMe has been posted online by family for the child hospitalized. CLICK HERE for that link.