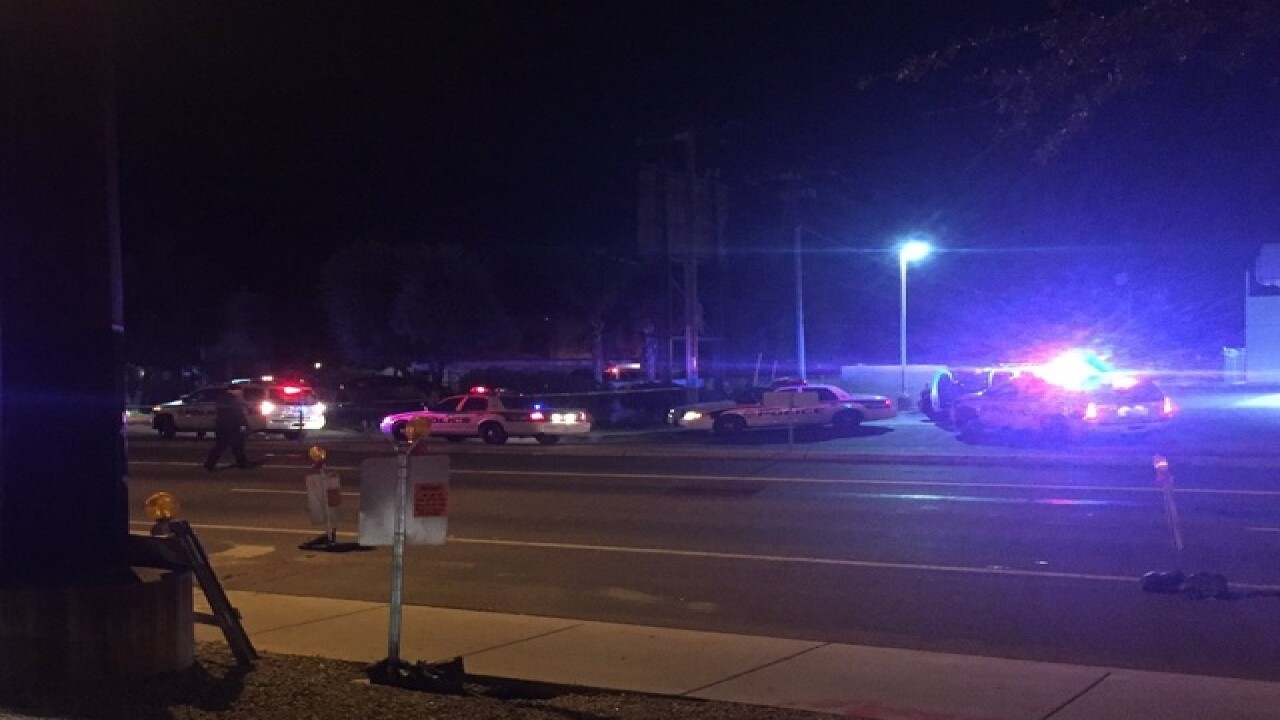 Glendale police are investigating after one person was shot and killed and another wounded overnight.

Police at the scene originally said two people were killed and a third injured, however, updated information from a Public Information Officer suggested two were shot and only one was killed.

The surviving victim is reportedly in serious condition.

Police say one person has been detained for questioning and drugs are believed to have played a part in the shooting.

The identity of the victims have not yet been released, but police did vaguely describe both as Hispanic men.