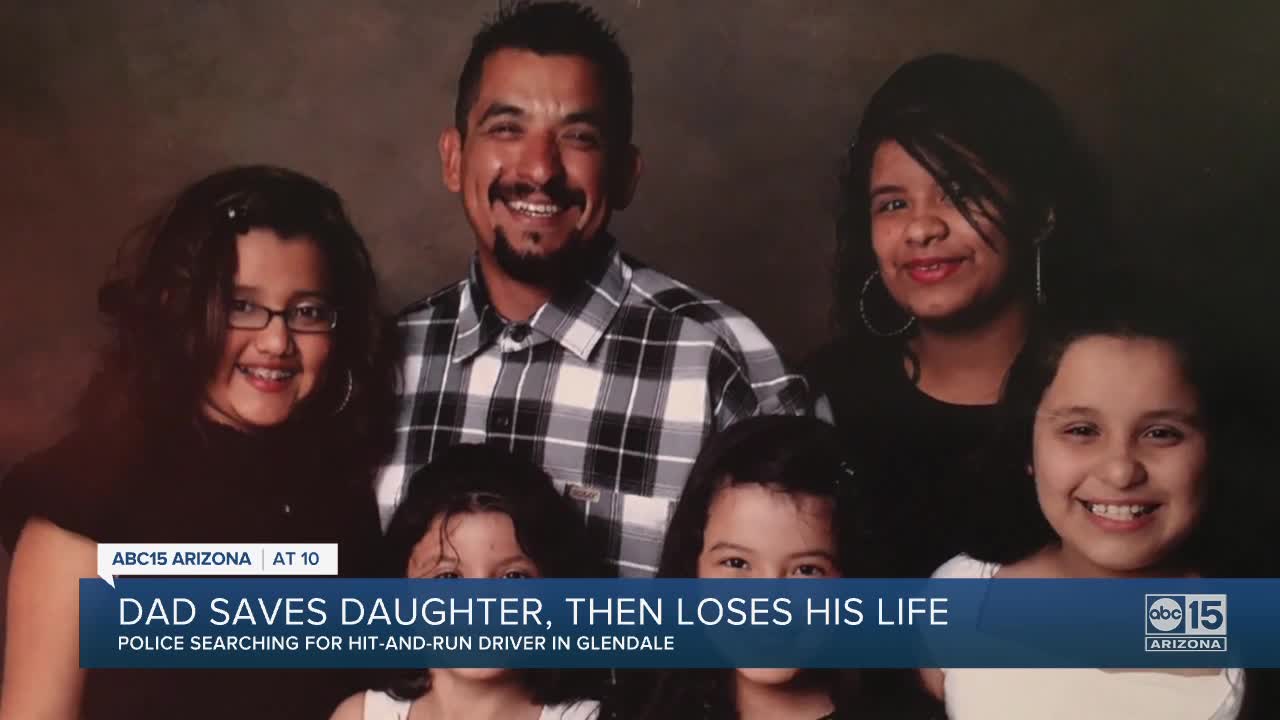 An adult male was killed after being struck by a hit-and-run driver in Glendale Saturday night, after pushing his teen daughter out of the way of the vehicle. 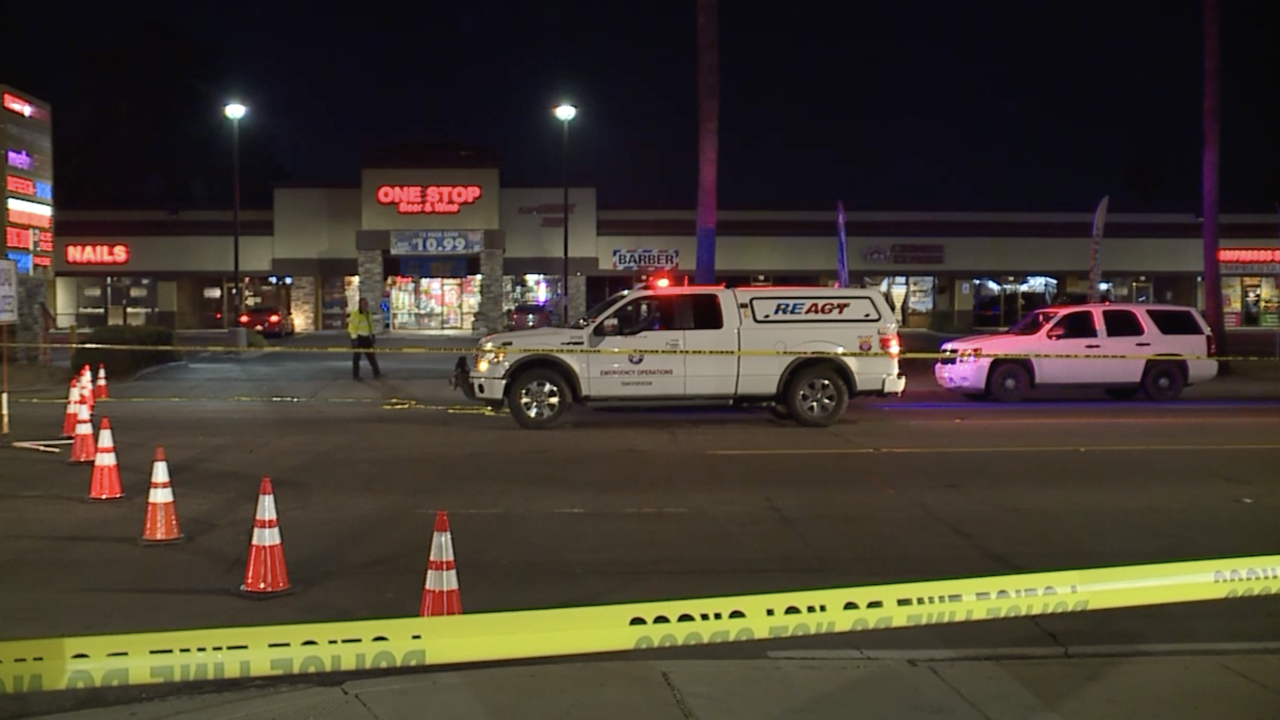 GLENDALE, AZ — A man was killed when he was struck by a hit-and-run driver in Glendale Saturday night, after pushing his teenage daughter out of the way of the vehicle.

The incident happened near 49th and Glendale avenues around 8:15 p.m. Saturday.

Carlos Chavez Aguirre, 39, passed away from his injuries after the truck crashed into him, then sped off. His family tells ABC15 that he saved his 17-year-old daughter by pushing her out of harm’s way.

“He was a great dad. They called him 'Pa,'” said Claudia Chavez Aguirre, Carlos’ sister.

Carlos was a single, hardworking father of four. Family says when he was not working, he was always with his three daughters and son.

“They were always together. Just [sitting] on the door, waiting for him to come from work, to be with him,” said Claudia.

On Saturday, his youngest daughter was waiting, and asked her dad for a soda.

Despite the long day at work, Carlos took his daughter and the two were heading across the street.

“My brother was the kind of dad that would hold their hand when they were walking,” said Claudia.

As they were crossing Glendale Avenue, near 49th Avenue, Glendale police said a dark-colored truck was speeding towards the father and daughter.

“He just pushed her without even saying anything, because she didn't know what happened,” said Claudia.

His daughter, who has an intellectual disability, escaped with only minor neck pain.

Carlos though, was hit head-on and passed away from his injuries.

“Someone called my mom, but it was in English, so she couldn't understand,” said Claudia.

“But her heart told her something was going on, and she knew the way [to the store] so she ran that way.”

As family was arriving to the gruesome scene, the driver was speeding off.

Glendale Police Department told ABC15 they are working to track down the truck, but hopes someone calls with any information or tips.

“It makes me sad. It makes me angry,” said Claudia. “How? How can you walk away?”

Carlos should be turning 40 on February 13th, surrounded by his four kids. Instead, they will be mourning his death.

“He would give his life for his kids and he showed it, till the last minute,” said Maria, Carlos’ mother.

Carlos was an organ donor and his family says they are donating his organs to hopefully save another family from pain.

The family has also set up a GoFundMe to help cover funeral expenses.

“Please help,” said Claudia. “Every dollar he made went to his kids.”