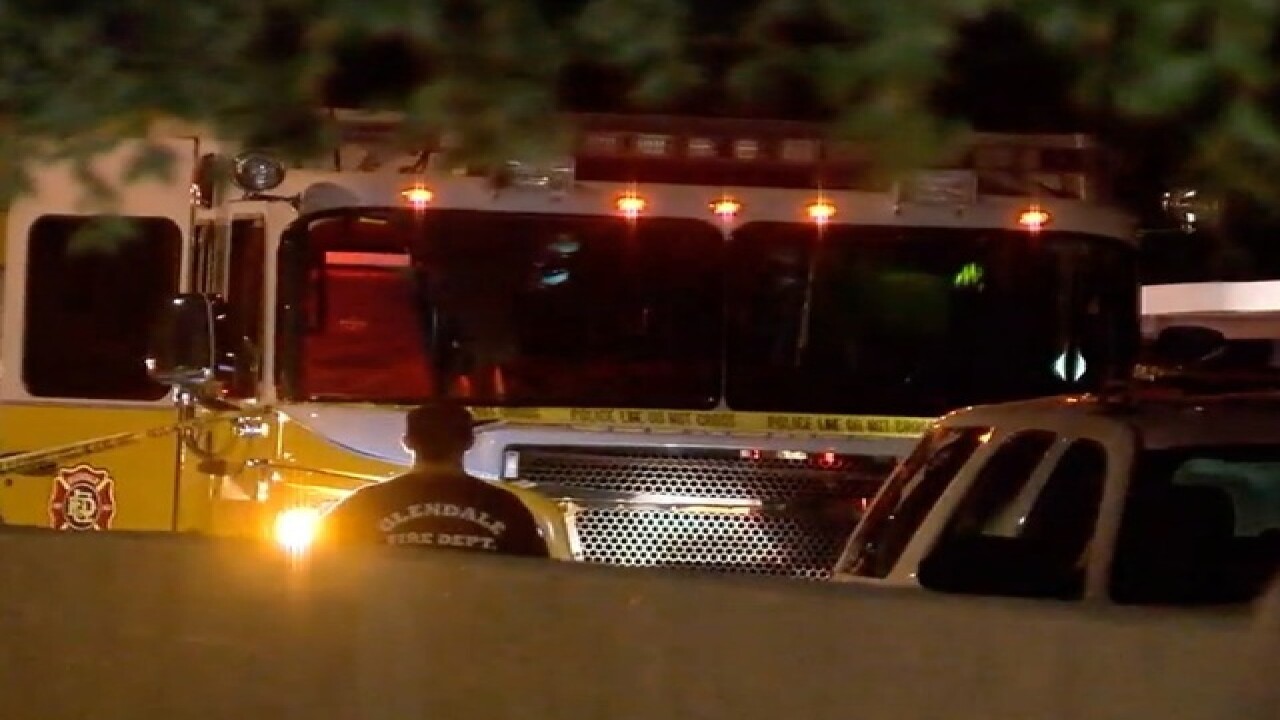 Officers were called to a complex near 59th Avenue and Bethany Home Road around 2 a.m.

"I was sleeping when I heard the popping sounds, like firecrackers, that's what it sounded like," said Carolyn Crawford, who has lived in her apartment complex for more than 12 years.

She described it as a safe place, but added that many residents had been complaining about the lack of lighting on their side of the complex.

A lady who asked us not to identify her said they had contacted management several times over how dark it was, with no working exterior lights on their side of the complex. She described it as being "pitch black" and said it made her uneasy, as she could not even see her keyhole as she tried to walk into her apartment at night.

Several hours after the shooting, the lights appeared to be working. Residents said maintenance seemed to have fixed the issue that morning.

Many were grateful to the security officer for risking his life to protect their property.

"The vest covers down to the lower abdomen area, he was struck in the lower torso," said Waite.

ABC15 News stopped by Valley Wide Securities in Chandler, where the security officer works. A staff member asked us to "get out" and refused to answer any questions. ABC15 asked the man how they kept their security guards safe. He said, "I don't have to answer any of your questions." The man declined to give us his name.

ABC15 has reached out to the owner of Valley Wide Securities. A woman who answered the phone said we could expect to get a statement from the company by Monday.

Waite said the security guard did a great job in describing the suspect.  The man they are looking for is described as a black man, 5'9" and about 200 pounds. Police said he had a mustache and a scar under one eye.

If you know anything, contact local police or silent witness at 480-WITNESS immediately.