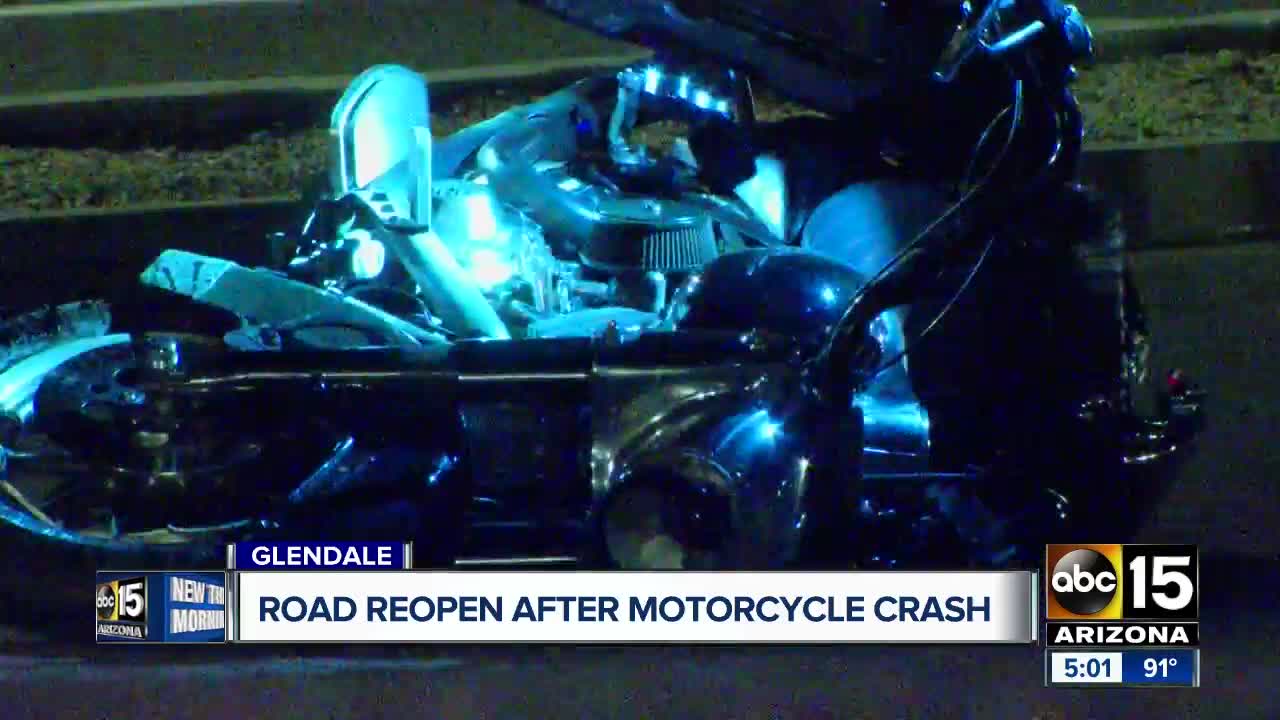 GLENDALE — A man is in critical condition following a crash that occurred Friday night near 59th Avenue and Union Hills Drive, according to Glendale police.

Police say they responded to a crash near the intersection of 59th Avenue and Union Hills Drive around 8:30 p.m. to find a "single vehicle collision involving a motorcycle."

The motorcyclist was transported to an area hospital with life threatening injuries, Glendale police say.

At this time, it is unclear if speed or impairment were factors in the crash.

An investigation into the cause of the crash is ongoing.