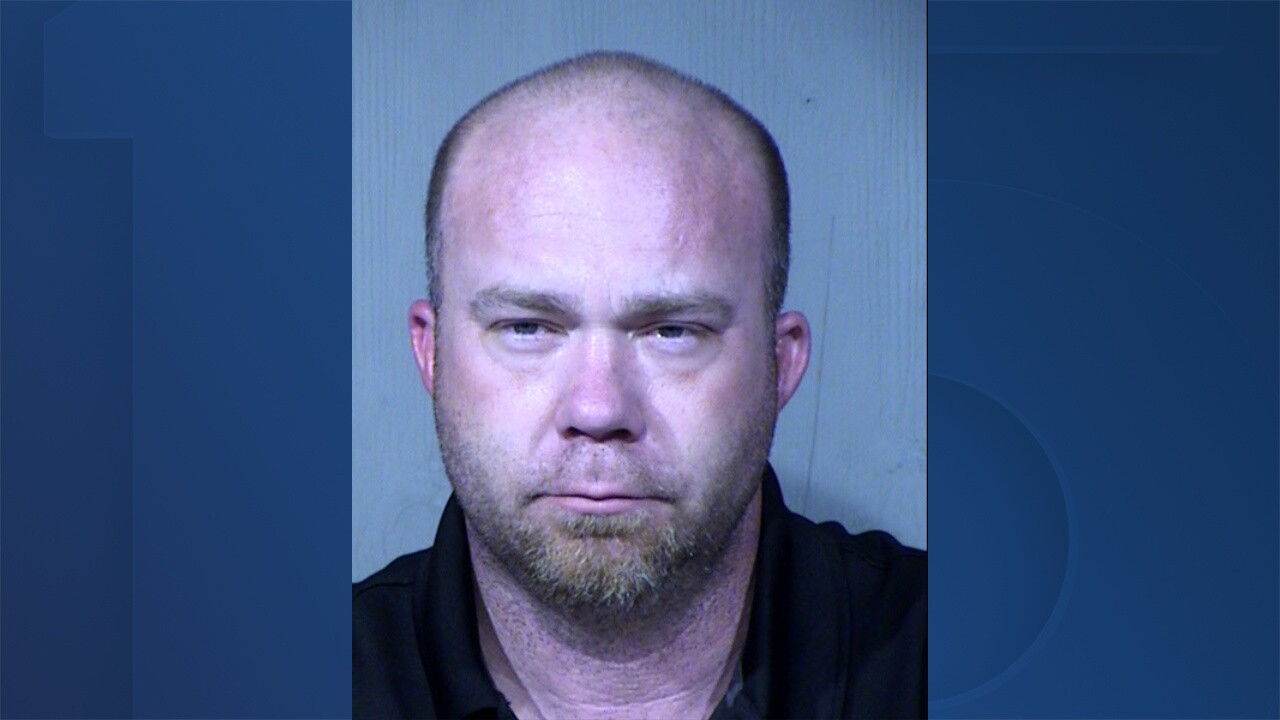 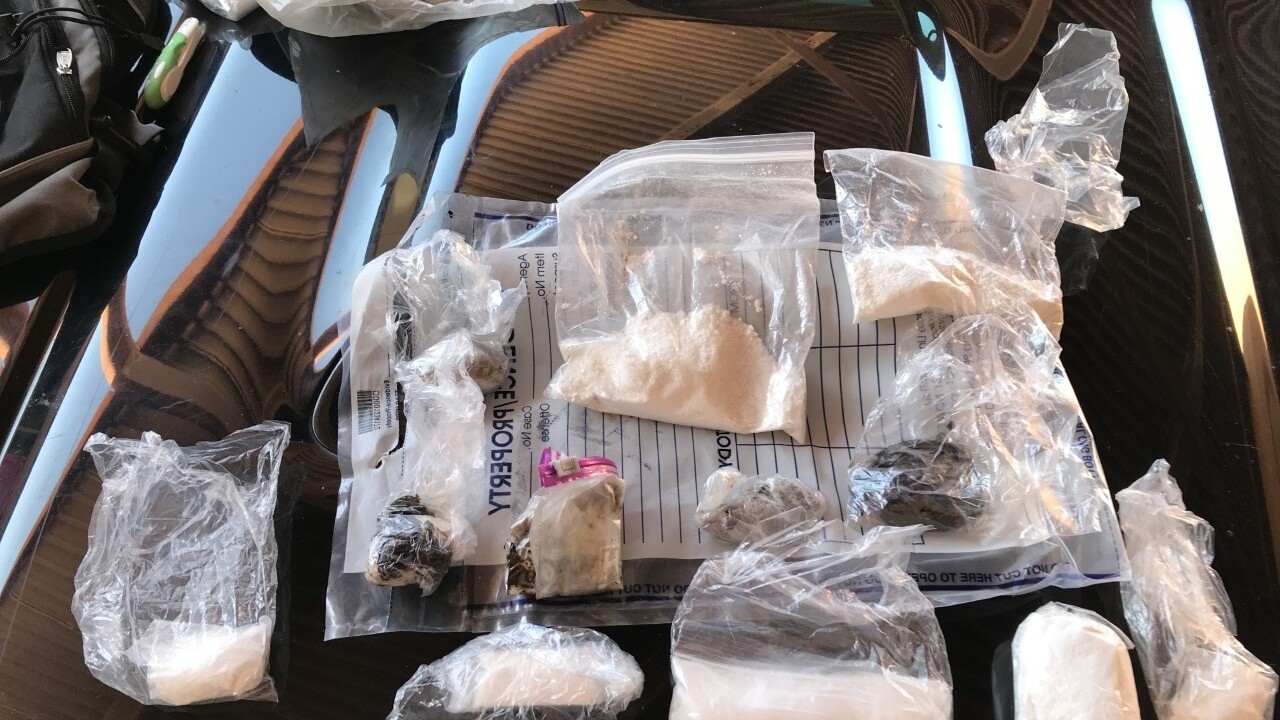 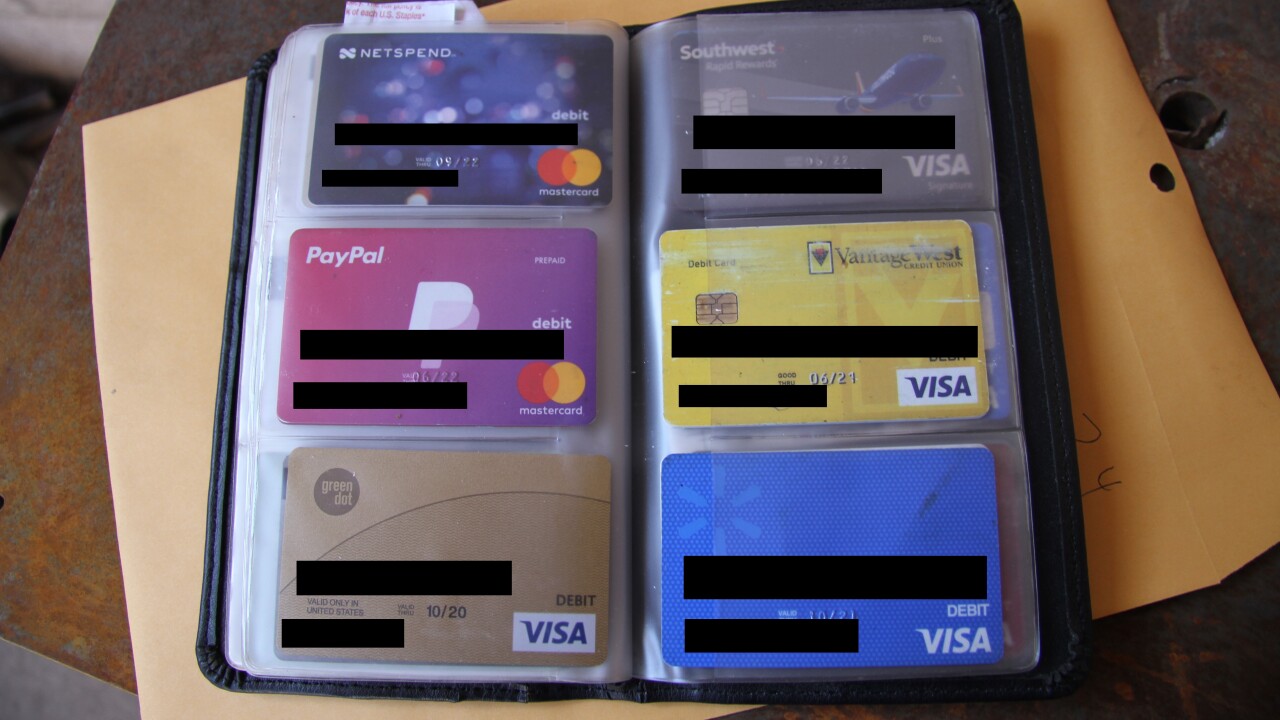 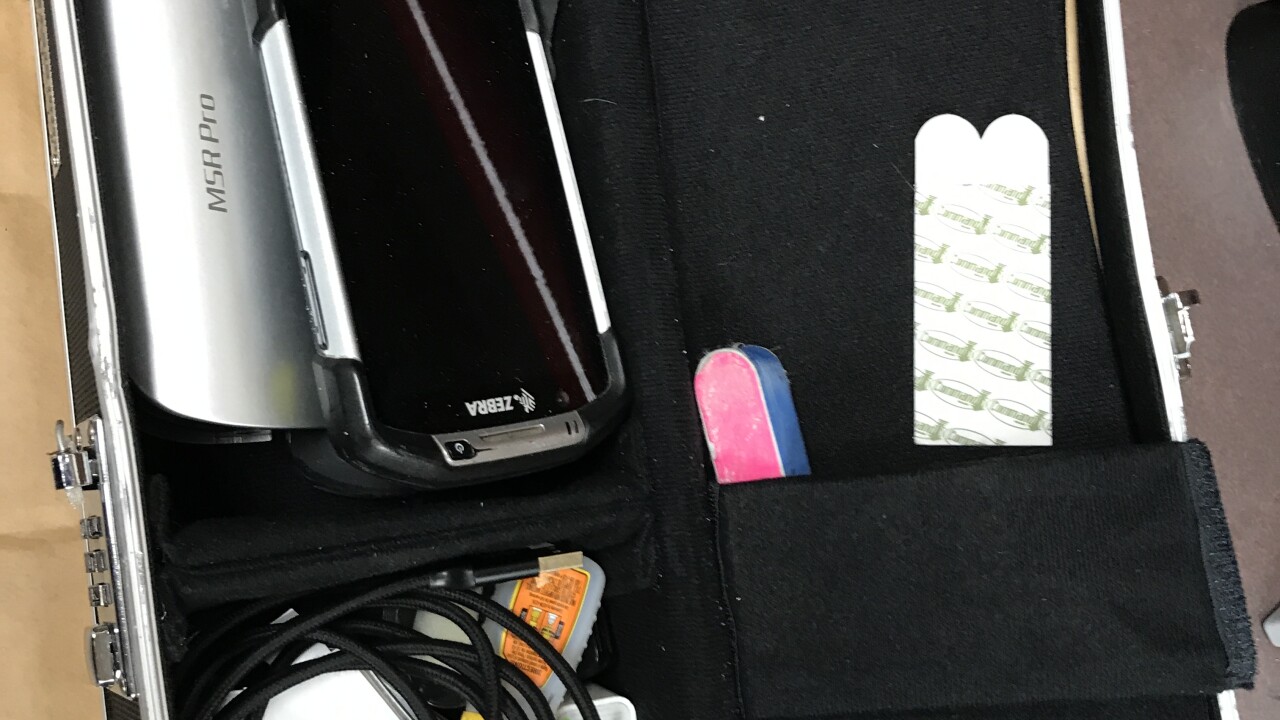 GLENDALE — A man has been arrested after a robbery at a Glendale store on Feb. 20 that led officers to finding false ID's, stolen items, drugs and weapons.

Police say Scott McLeman went into a store near 67th Avenue and Beardsley Road and locked himself and a store employee into an employee only break room.

McLeman allegedly demanded the victim give him the keys to their vehicle and their watch. After he was given the items he went out into the store and demanded everyone get on the ground and threatened shooting a UPS driver who was making a delivery, police say.

McLeman fled to the parking lot where he attempted to get in a locked vehicle and the UPS delivery truck, both unsuccessful.

Police say a woman who had been with McLeman prior to the incident gave officers his name and a description of the vehicle he was driving. With that information, officers were able to identify him with store surveillance and Ring footage from nearby homes.

Upon investigation of the vehicle, officers found hundreds of stolen credit cards, bank statements, tax forms, checks, ID's etc. totaling at least 46 victims. Many of the cards had photos of McLeman on them.

On the passenger side, they found a laptop that was displaying a program that can create fake ID's with his name on it.

Officials say they also found a credit card skimming device inside a lock box in the trunk of the car as well as a shotgun in the back seat.

Officers also found a large amount of drugs inside his backpack. Police say they found 268 grams of cocaine, 61 grams of heroin and 61 grams of methamphetamine.

McLeman also allegedly admitted to driving the stolen vehicle, being involved in a hit-and-run crash, and creating fake documents. However, he denies threatening to shoot anyone.

According to police documents, McLeman admitted to committing forgery and being "good at it."

Scott McLeman has been charged with 13 counts including dangerous drug possession for sale, armed robbery threat, forgery possession and theft by means of transportation.