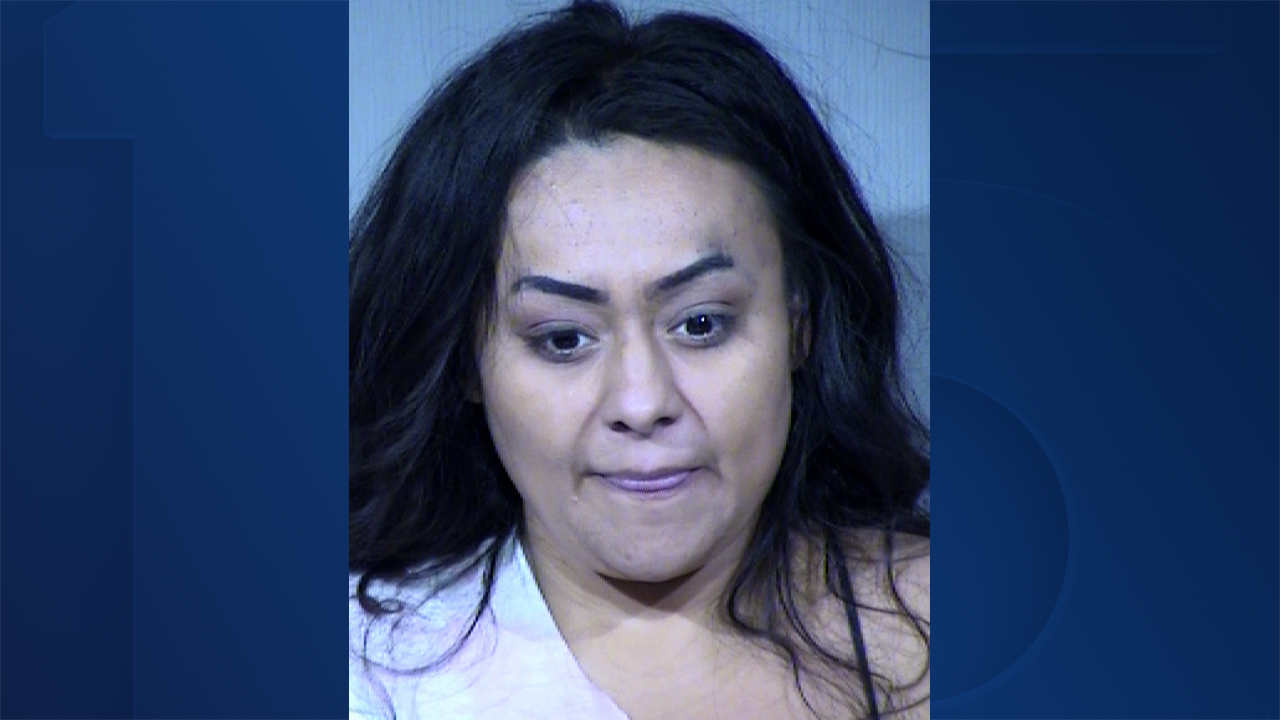 GLENDALE, AZ — A Glendale woman has been arrested for allegedly hitting her child with a broomstick because the young girl found and destroyed drugs in the home.

Glendale police report that on Thursday night, they responded to a home near 67th Avenue and Bethany Home Road for a report of child abuse.

Police say a girl found narcotics in the bathroom of the master bedroom that belonged to her mom. She was so upset over finding the drugs that she poured water over the drugs to destroy them.

When her mother, Francina Monique Moreno, 32, found out she reportedly pulled the child into a bathroom by her hair and punched her. She then allegedly struck her in the head several times with a broomstick.

Police say there were six other children in the home at the time of the assault. The girl fled the home without shoes or a jacket and was not allowed back in. Moreno also refused to open the door to responding officers, until her husband arrived home.

While on scene, police documented injuries to the girl's head. Moreno was arrested for aggravated assault and child abuse.