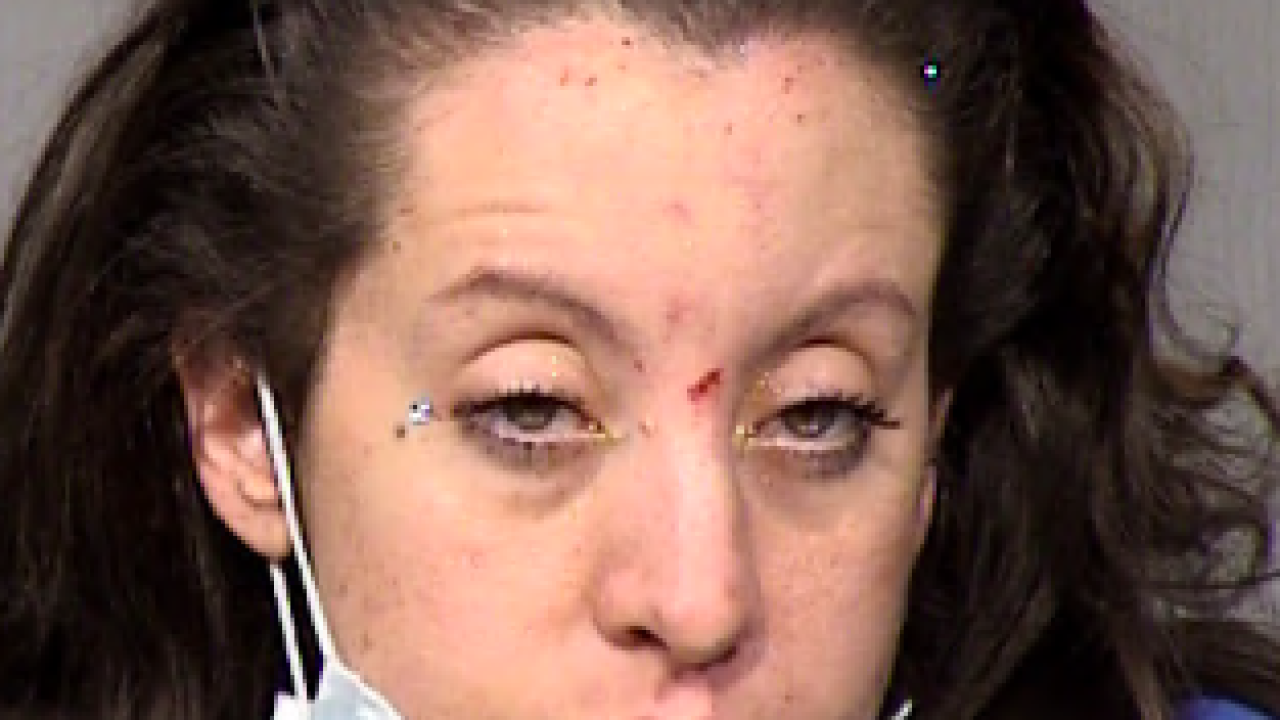 GLENDALE, AZ — A woman has been arrested for allegedly driving under the influence with two children in her car, and hitting and killing a pedestrian.

Glendale police say at around 4:50 p.m. Sunday, they received a call of a possible drunk driver near 75th and Glendale avenues traveling eastbound on Glendale.

According to police paperwork, the driver, 29-year-old Ashley Cliff passed an unmarked police patrol car at a high rate of speed before she went over a raised center median and across three lanes of traffic. Cliff’s vehicle struck a pedestrian and continued into a front yard, causing further damage to the property.

The pedestrian was found lying on the roadway near the vehicle and was later pronounced dead.

Medical personnel determined that Cliff had a .318 blood-alcohol level at the time of the crash. Her driving privileges were revoked in January 2019 after a DUI conviction.

Cliff’s two children were removed by the Department of Child Safety.

She was booked into jail on various charges including aggravated DUI, endangerment and manslaughter.