Officer, suspect hurt in crash near 75th and Glendale avenues 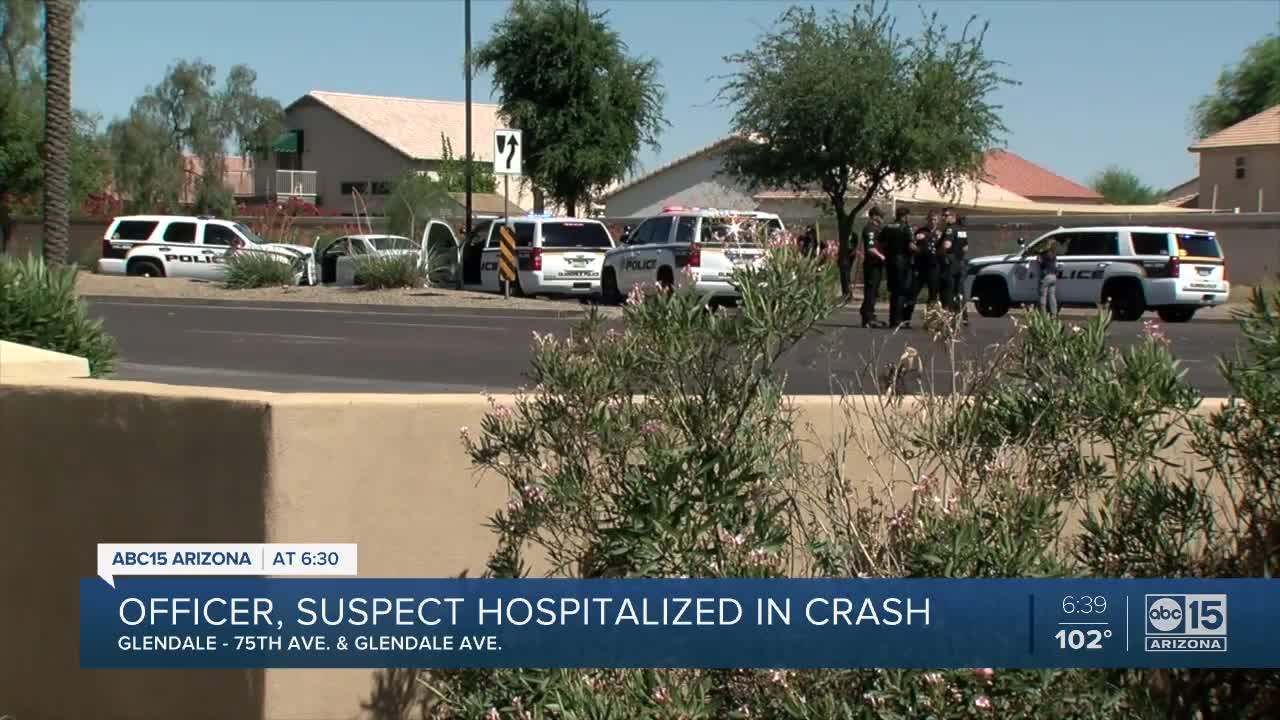 Officer, suspect hurt in crash near 75th Avenue and Glendale. 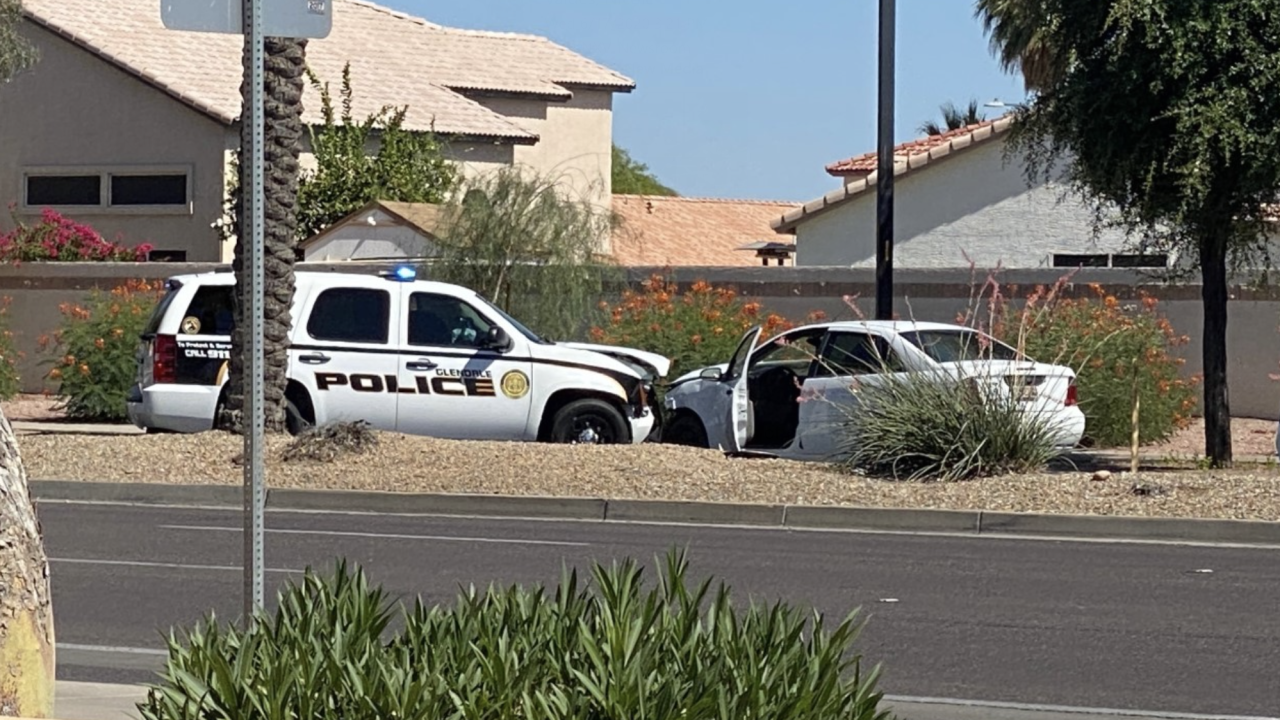 GLENDALE, AZ — A Glendale police officer and another person, a suspect accused of assault, have been hospitalized after the two were involved in a crash near 75th and Glendale avenues.

Glendale police said officers were dispatched to a Circle K around 1:30 p.m. Wednesday for reports of a fight in the parking lot.

Police said the suspect was yelling racial slurs at employees inside the store before he was asked to leave. Once outside, the suspect allegedly approached a disabled veteran who was sitting in his car and started assaulting the man.

The veteran reportedly showed a gun as he was trying to fight off the suspect. He did not fire his weapon, police said.

Police said the suspect then drove away from the area.

According to police, another officer had stopped eastbound traffic and was traveling the wrong-way to approach the suspect's vehicle, which failed to yield and the two vehicles collided.

Police said the suspect, who has not been identified, is in critical condition. The officer is expected to be OK.

The veteran that was attacked at the Circle K is also expected to be okay, police said.