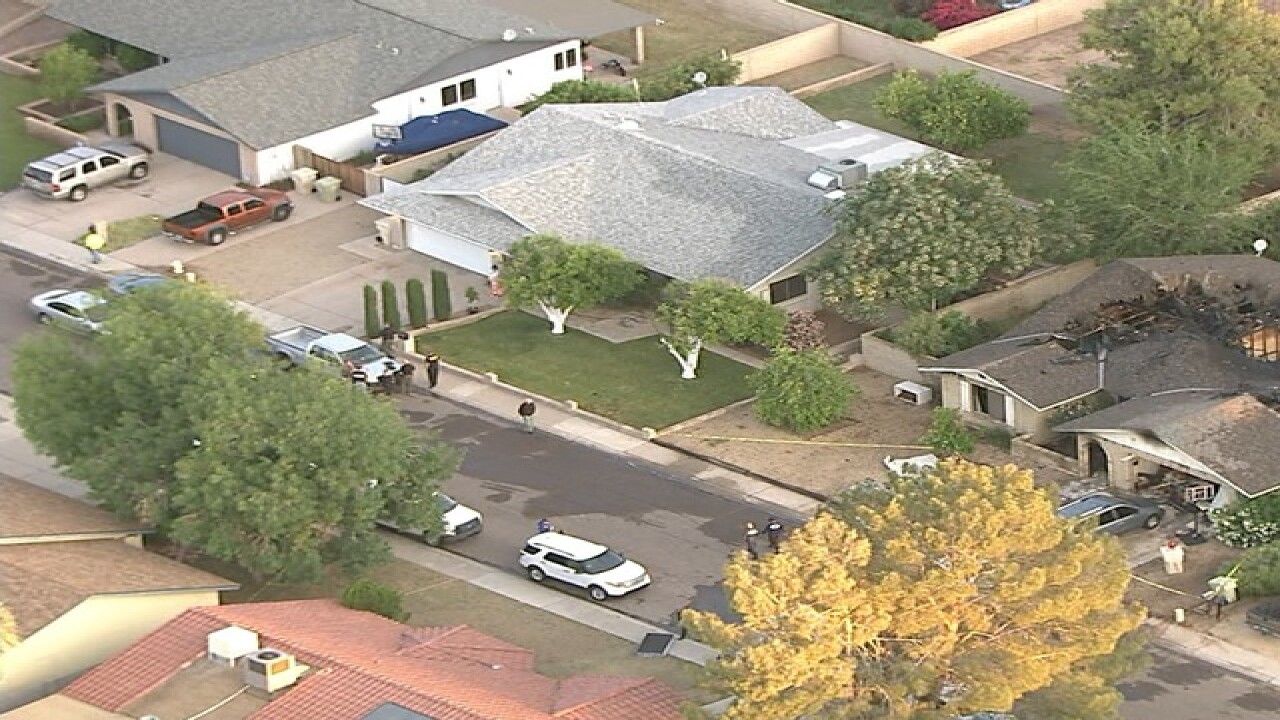 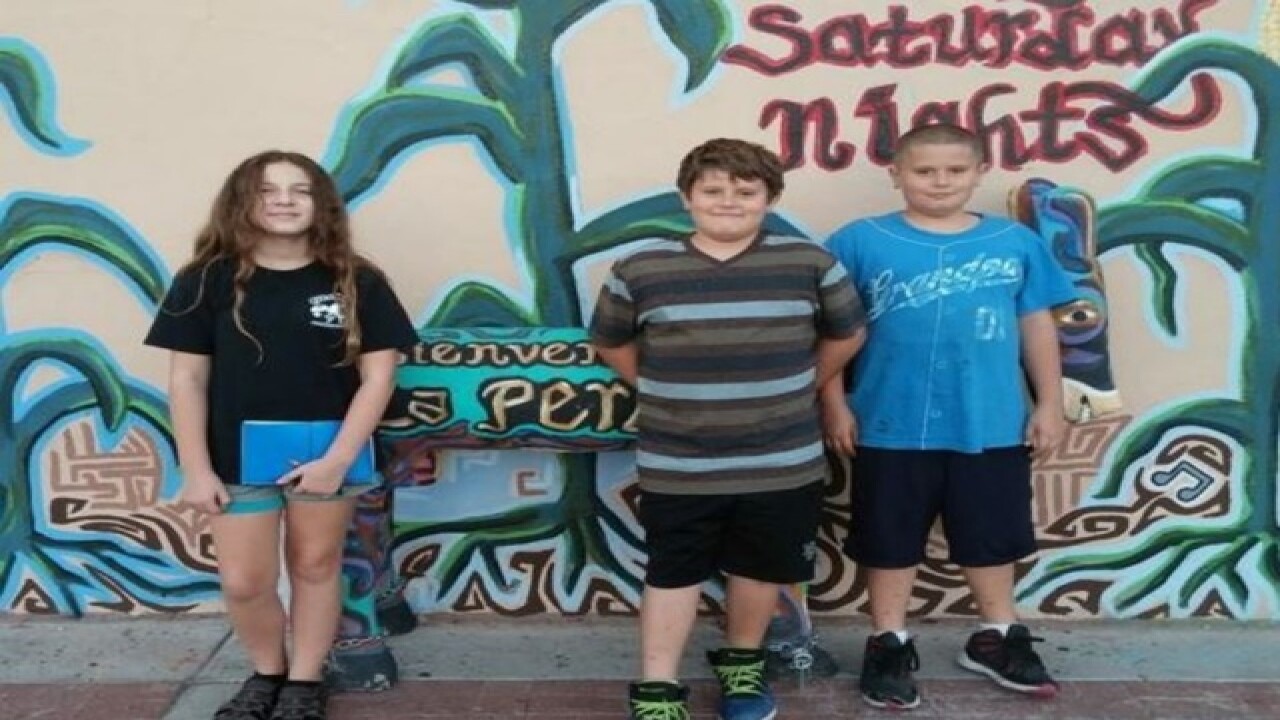 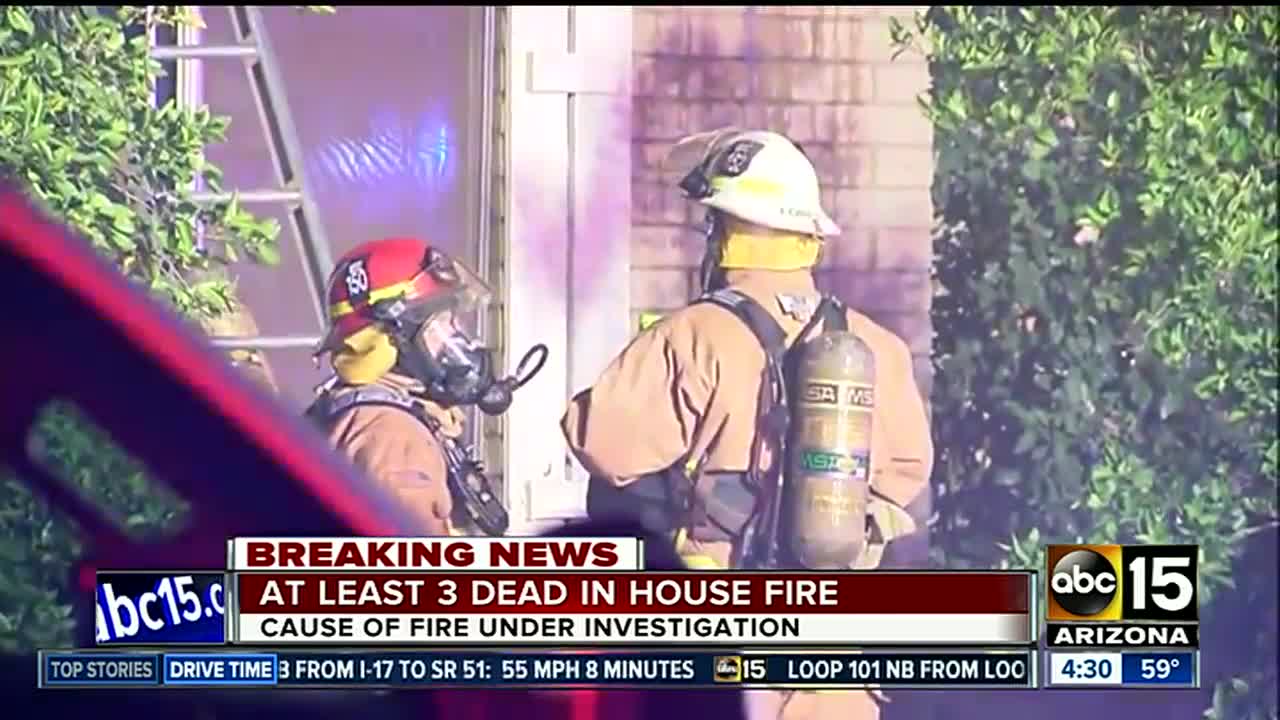 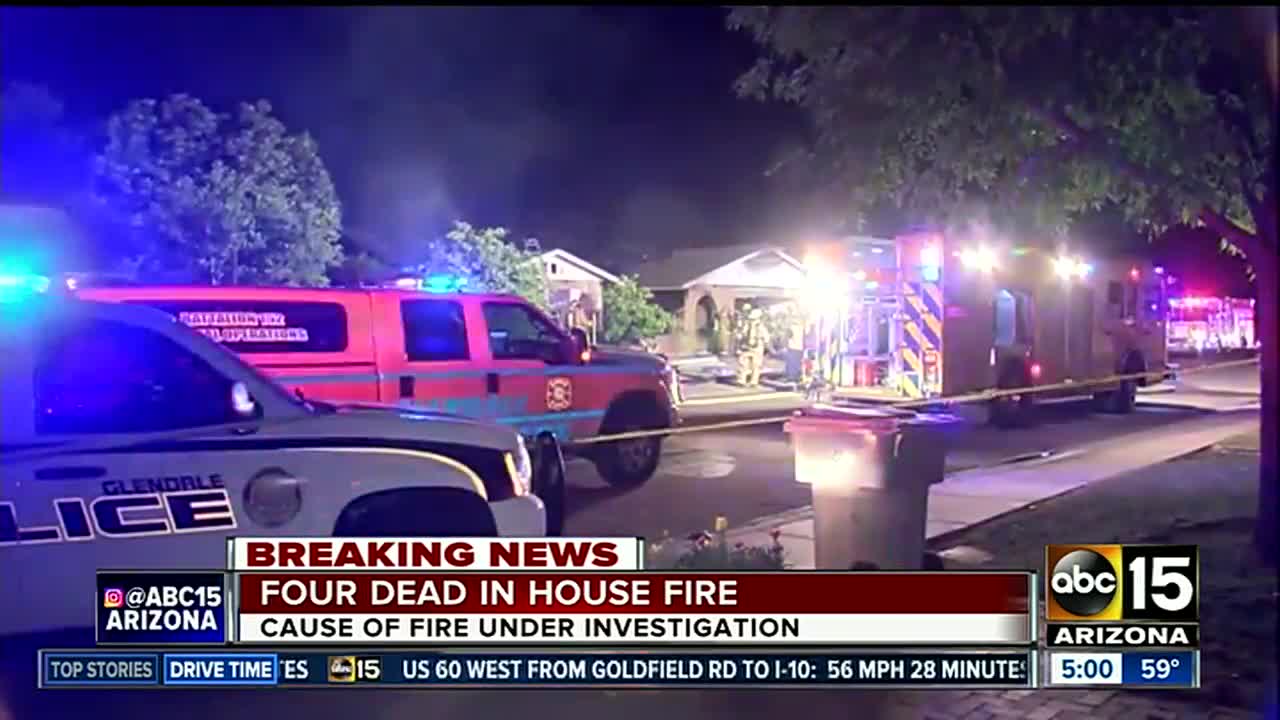 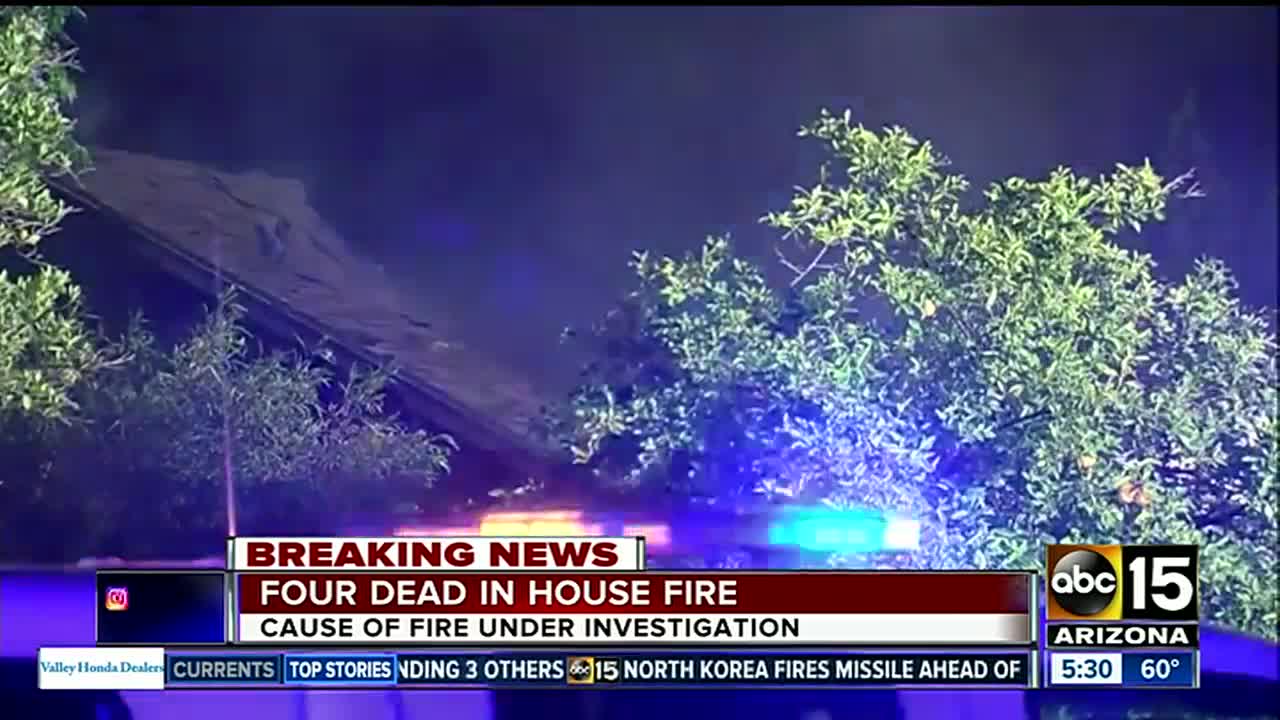 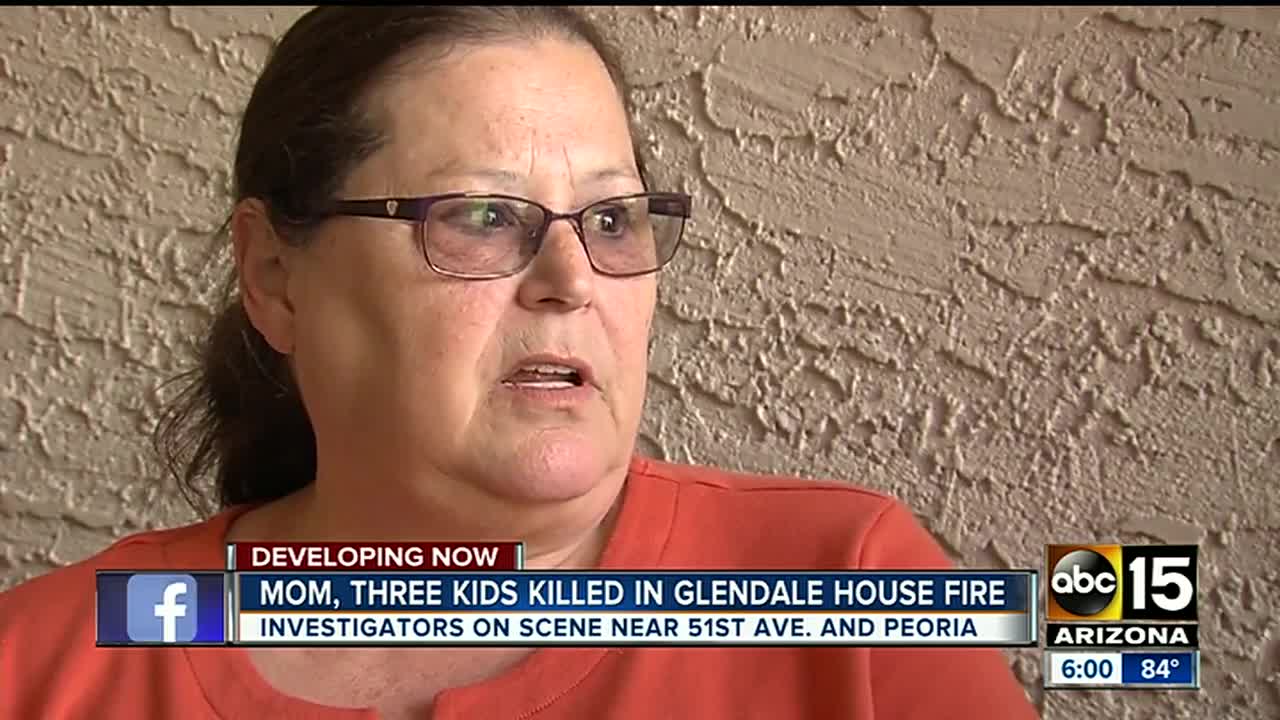 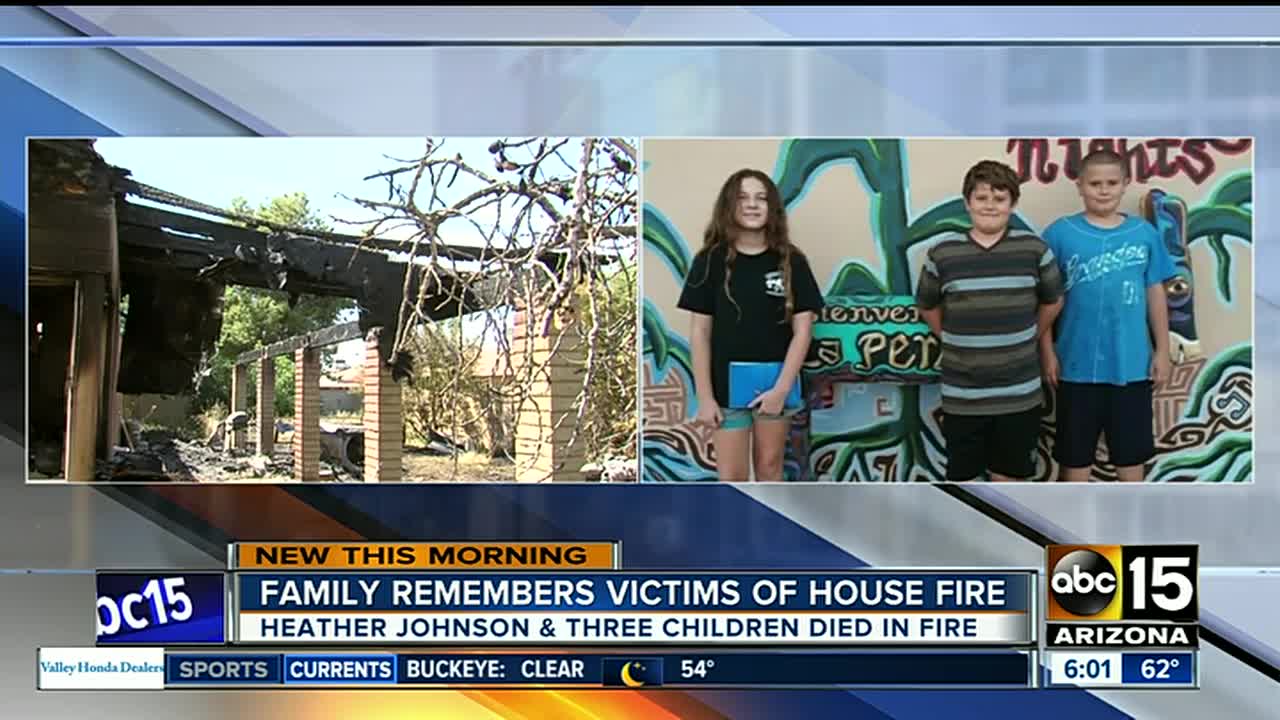 A family of four is dead after an early morning fire ripped through a Glendale home.

The fire was reported around 1:30a.m. on Wednesday. Fire crews from Glendale and Phoenix responded to the home near 51st and Peoria avenues.

Officials found a mother and her three children, twin boys and a girl, inside the home. Officials said it looked as if the family was trying to escape, as they were not found in their beds. One tried to get out through the front of the house while two others tried escaping from the back during the flames. After the flames were extinguished, officials found a fourth body in the rubble.

Neighbor Candy Rodriguez said the twins and her children would often play together.

"I was worried about the kids who lived inside," Rodriguez said. "we've all lived here for a long time – 22 years – it's just terrible."

The first crews on the scene reported flames shooting through the roof; the fire is believed to have started in the back of the house.

"It's just really sad," Rodriguez said. "I mean, you have questions in your head like 'Why didn't they get out? Why were they by the doors and didn't make it? Did thy have smoke alarm?'...I mean, all those things go through their heads because you're concerned about your own family."

Rodriguez isn't the only neighbor who had questions.

Victoria Gough said she spent the night watching the fire and wondered "Why didn't she break a window to get out?

"I watched them all break through the front door," Gough said. "Once they were able to get in the flames were huge; you couldn't get near the house for awhile."

One of the children killed in the fire was a freshman at Ironwood High School. The school sent out a letter to parents and said a specialist will be available to talk if any students need it.

Officials said the heat from the home was "one of the hottest they've been on."

The area around the home is surrounded by crime scene tape as investigators work to figure out what sparked the fire.

"We are deeply devastated by the loss of our family members, Heather Johnson and her three children.  We appreciate the love and support we have felt from friends and the community. There are still many unanswered questions at this time and we trust that the police and fire investigators will be able to bring us the information we need for closure. We ask you to keep our family in your prayers."