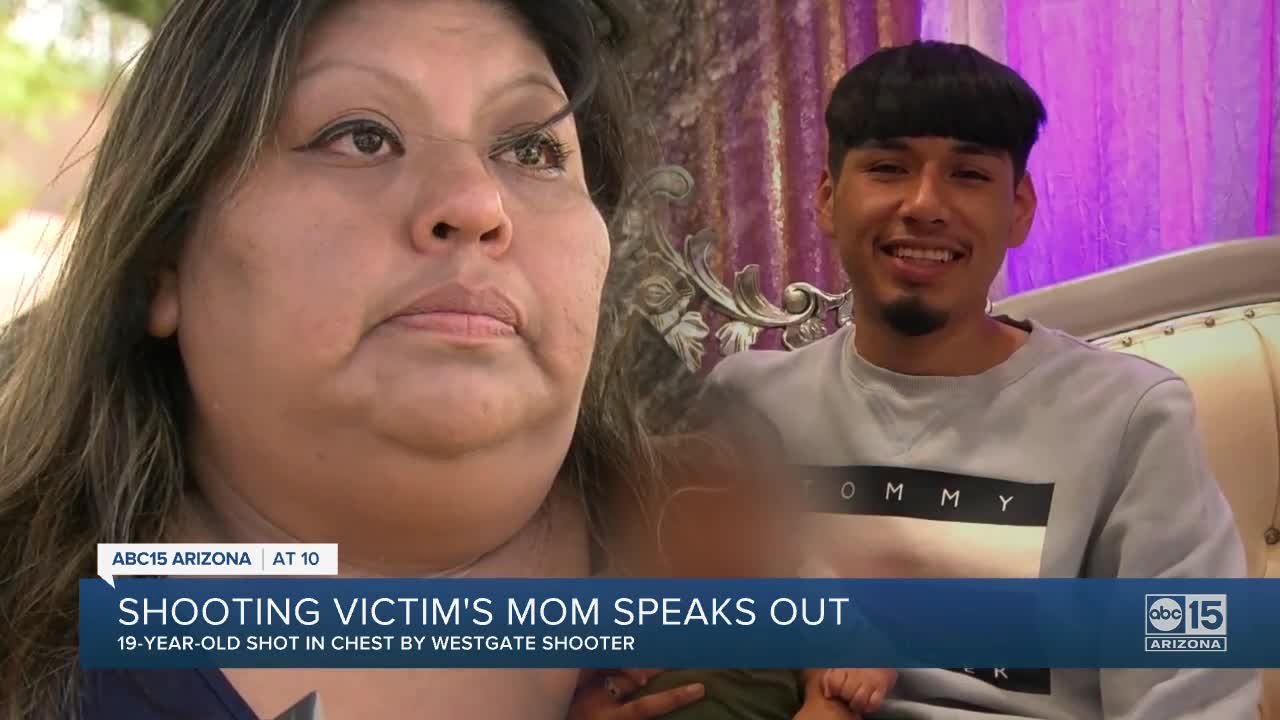 A teenager is recovering alone in the ICU after being shot in the chest during Wednesday's shooting at Westgate Entertainment District. 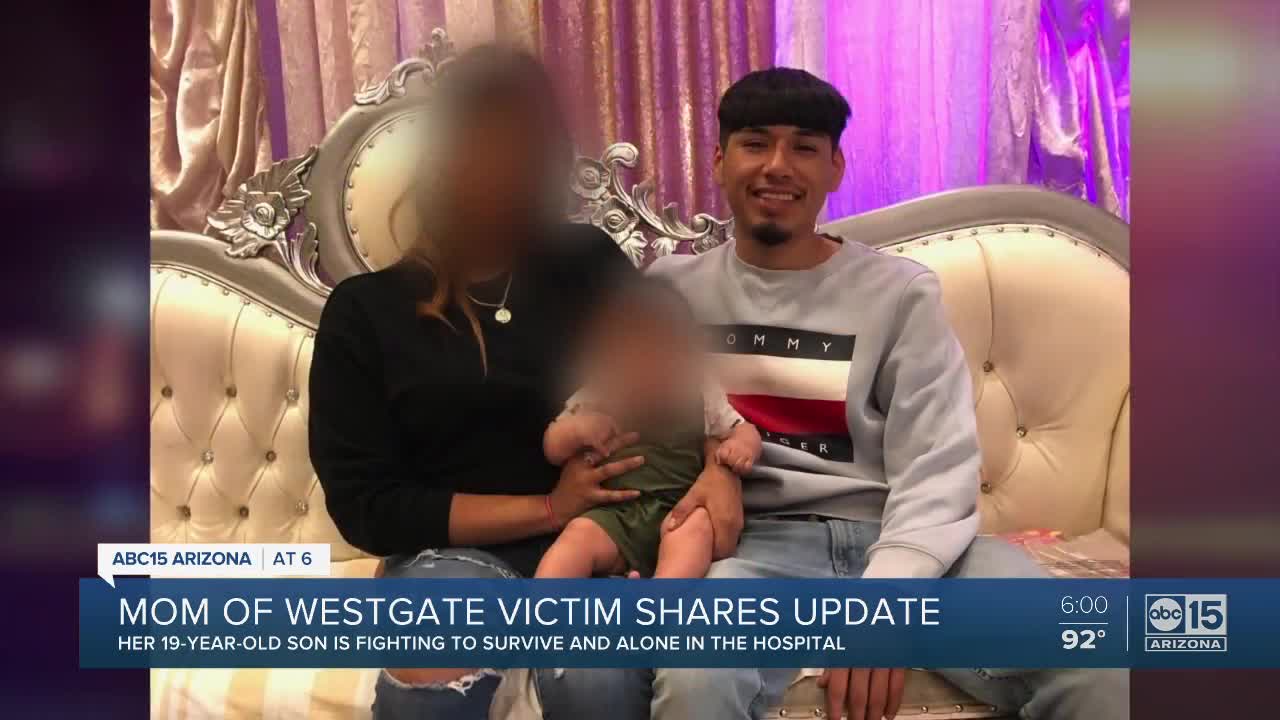 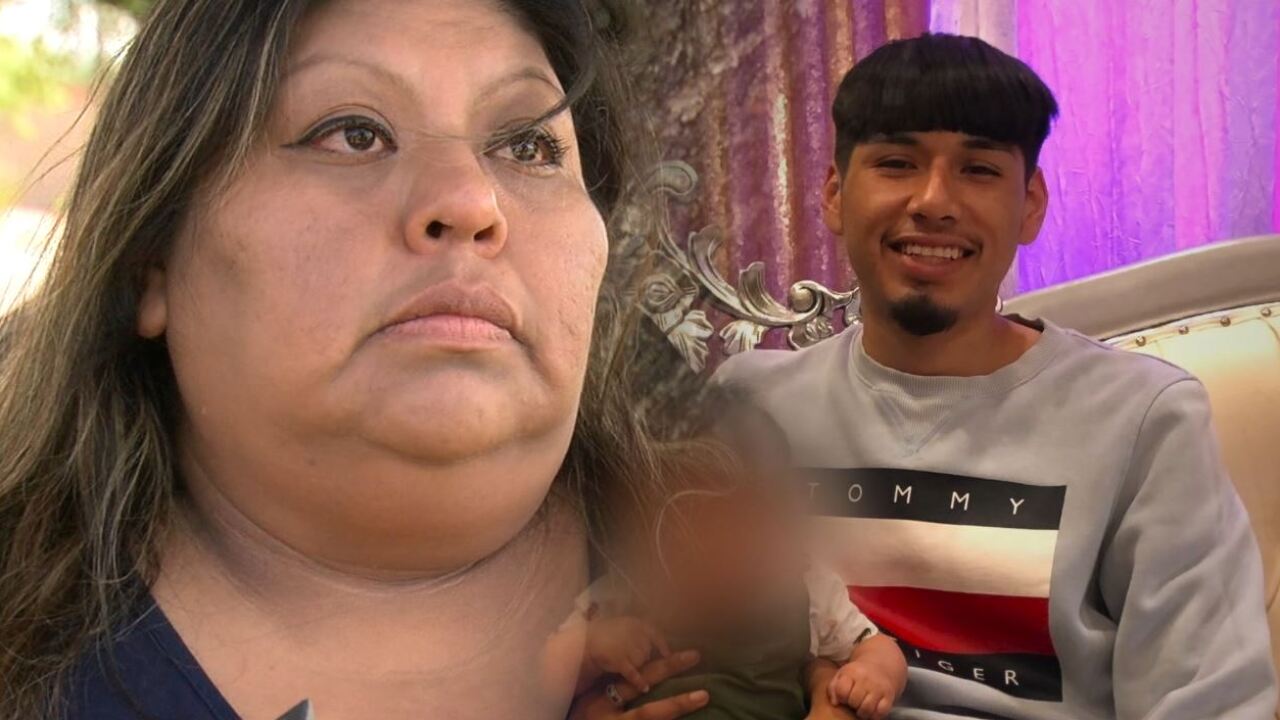 GLENDALE, AZ — A teenager is recovering alone in the ICU after being shot in the chest during Wednesday's shooting at Westgate Entertainment District.

Jaime's mom, Maggie Jaimie, said she has not been able to visit her son in the ICU due to COVID-19 restrictions. Her only contact with him is over the phone or via Facetime.

"Not a good sight when you see your son with his eyes pretty much rolled back, and sedated, and blood all over his face and hand," said Maggie Jaime. "He's scared. He said, 'Why mom? Why me?'"

Maggie Jaime said Alfredo had his chest reconstructed, and titanium plates attached to his ribs. He also suffered a punctured lung.

According to Maggie, Alfredo and his best friend were sitting on the benches in front of Johnny Rockets on the east side of Westgate when the shooter started opening fire nearby. Maggie said Alfredo's best friend was shot first when the pair began to run.

"Then [he] shot Alfredo in the back, and then Alfredo turned around, and he shot him in the chest," said Maggie Jaime.

Although he's made progress physically, Alfredo is receiving pain medication every four hours, and today medical staff tried to get him to sit up, but he couldn't.

"He said 'Mom, I'm gonna die,'" said Maggie Jamie. "And I just encourage him, 'No you're not. The procedures that were done were to save you.' He said, 'No mom you don't understand, my pain is so much, I'm dying from this pain.'"