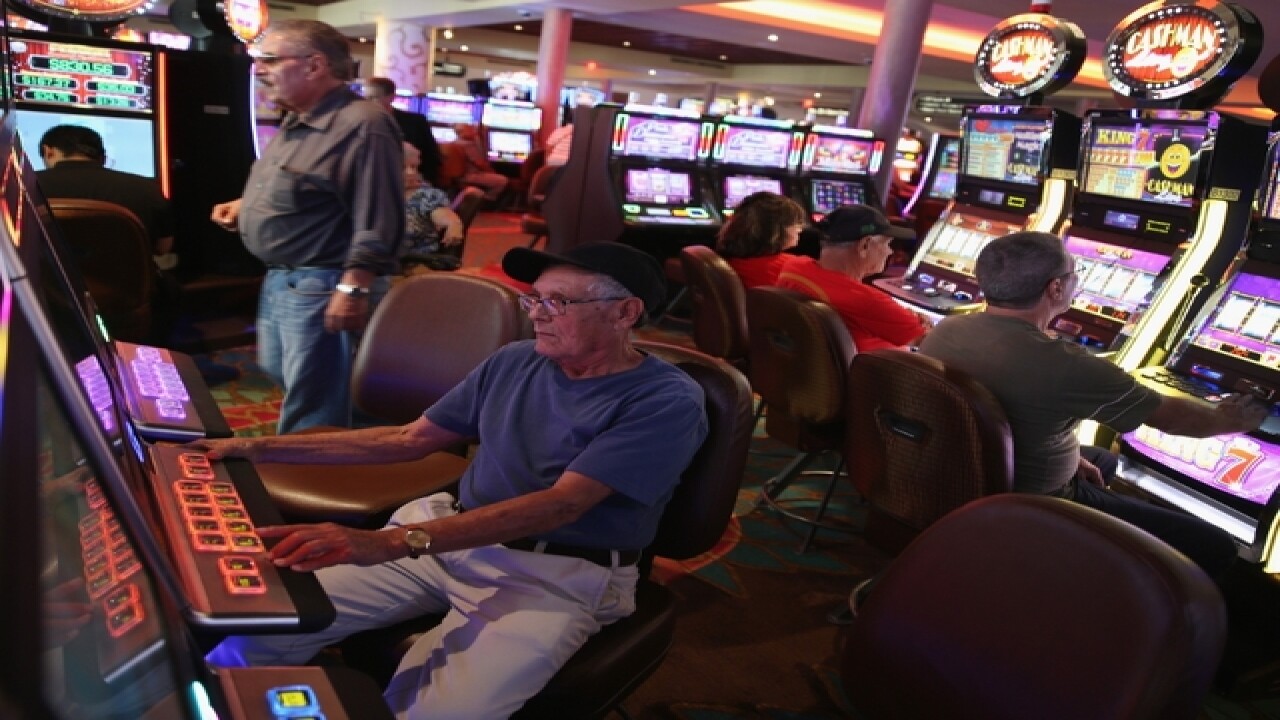 Gov. Doug Ducey is offering to remove restrictions on a southern Arizona tribe's casino in the Phoenix suburb of Glendale as part of deal with 10 other tribes that gives them more gambling opportunities.

The governor's office announced the agreement with the tribes on Monday, but said the Tohono O'odham (toh-HO'-noh AH"-tuhm) Nation that owns the Glendale casino still has not agreed to the deal.

The Tohono O'odham Nation and the state have been in a dispute for several years over the tribe's Desert Diamond Casino in Glendale, which opened last year without a full state permit allowing card games and normal slot machines.

Instead, the tribe's casino has bingo-style slots and no card tables, and no state license to serve alcohol. The tribe and the state have been locked in an ongoing battle in federal court over the casino.

Ducey Chief of Staff Kirk Adams said the state has been negotiating with the Tohono O'odham on terms of the deal since early in the year.

"We're hopeful that the Tohono O'odham will agree to sign the amendment, as it is what they have been asking for, which is a Class 3 facility designation for their casino in Glendale," Adams told reporters. "This provides them that. It allows the Tohono O'odham, the state and the other tribal nations to move on to more productive conversations around modernizing the gaming compact."

The Tohono O'odham Nation said in a statement that it is ready to consider the proposed changes that would resolve the issue at its Glendale casino and block new casinos in metro Phoenix. But the tribe also said it just learned of the proposed changes to tribal agreements last week and criticized the state for excluding tribal officials from the discussions.

"We've reached out to them throughout the process," Ducey responded. "They're invited to be a part of this as well and we're hopeful that they will be."

The president of the Navajo Nation, Russell Begaye, said the update to gambling agreements that originally took effect in 2003 will help tax dollars flowing from tribal gambling operations.

"For Navajo Nation, modernizing Arizona Indian gaming is about keeping Arizona monies in Arizona," Begaye said. "Increasing and expanding the specific type of gaming that are available in places like Laughlin and Las Vegas will keep those gaming customers here in Arizona, thereby increasing and keeping gaming dollars here in the state.

The agreements signed with the tribes Monday is considered a first step to a more extensive overhaul of tribal gambling agreements that limit what kind of gambling is allowed in casinos. Begaye said "modernizing" the agreements allowed under a 2002 voter-approved law will help add gambling options to keep customers in the state.

That law was believed to limit the number of casinos in metro Phoenix. But the Tohono O'odham bought land near University of Phoenix stadium in 2009 and announced plans to build a large casino there, setting off years of lawsuits.

Congress has become involved, with a law proposed by Arizona Rep. Trent Franks, a Republican, to explicitly block the casino from operating. Franks attended the event announcing the new agreements, and said that his proposal will not be needed if the governor's plan is followed.

"If everyone does what's right, which is to follow the governor's leadership here, any legislation that we made would be congruent with the governor's plan," Franks said.