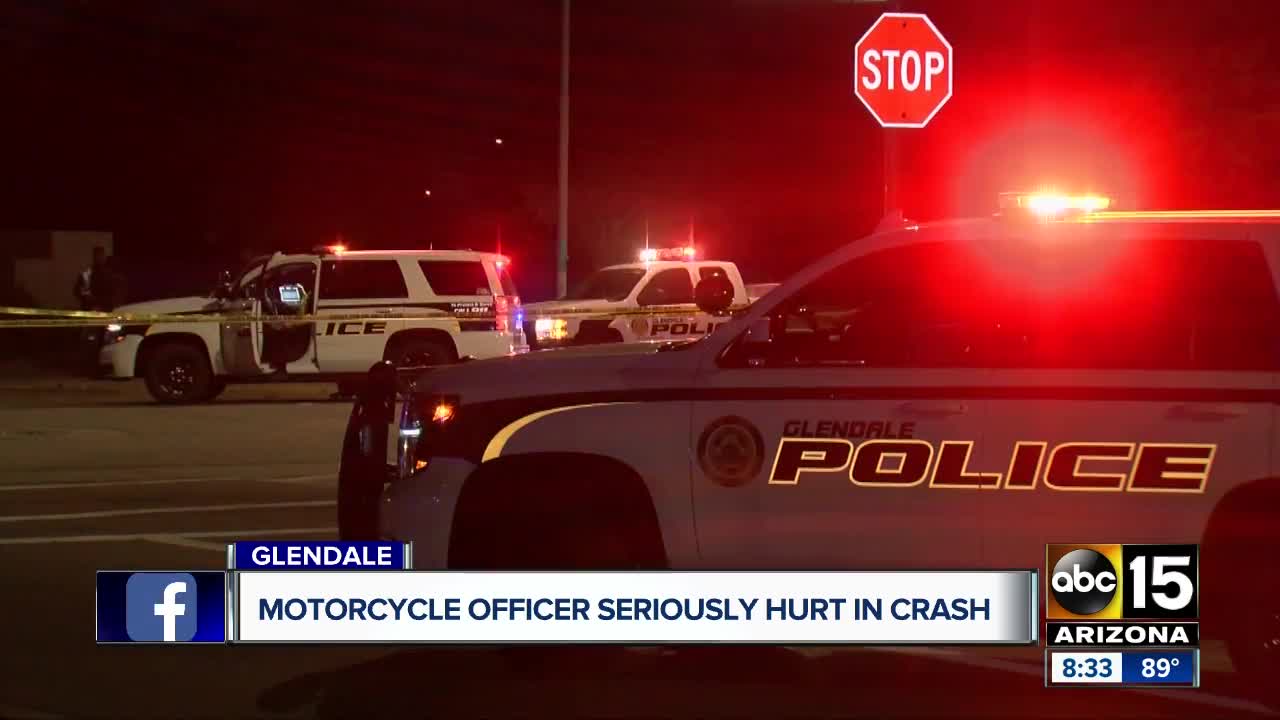 GLENDALE — A Glendale motorcycle officer was taken to the hospital after he was involved in a crash with another vehicle near 75th Avenue and Bethany Home Road on Friday night.

According to Glendale police, the collision occurred around 9 p.m. on Friday.

The motor officer was alert when first responders arrived. He was taken to the hospital with non-life threatening injuries, police say.

The other driver involved in the crash stayed on scene and is cooperating with the investigation, according to Glendale police.