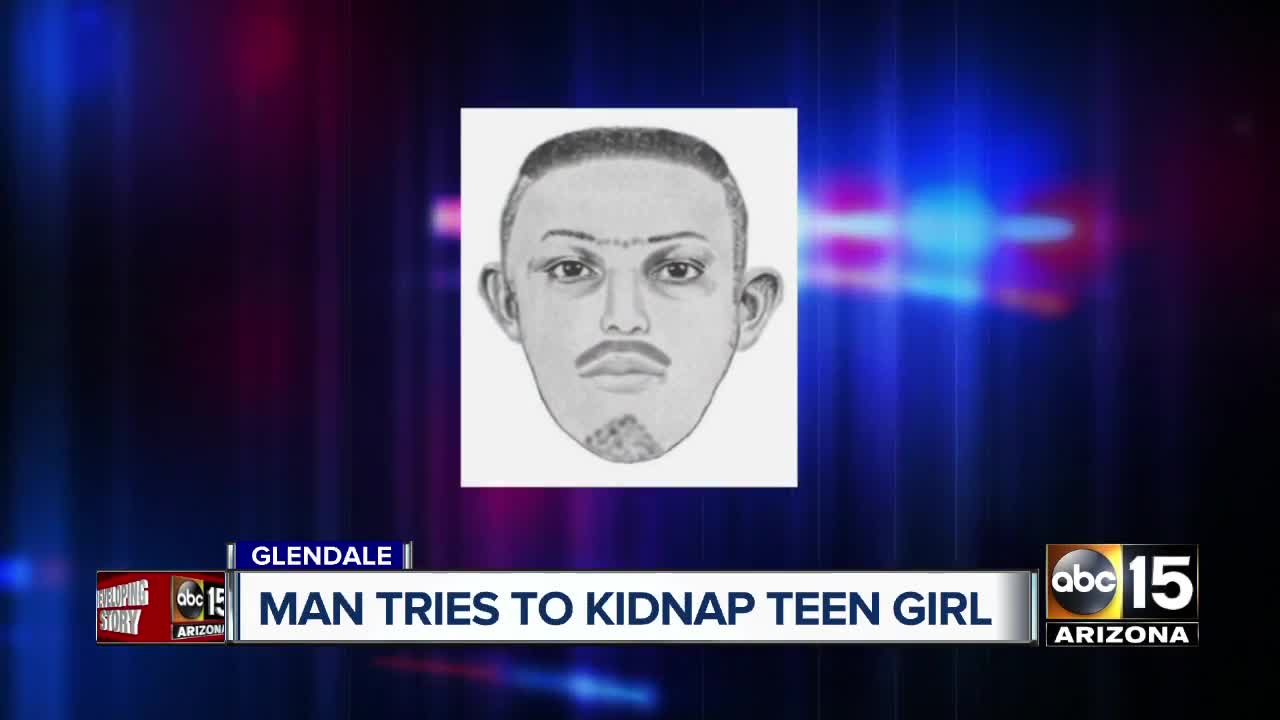 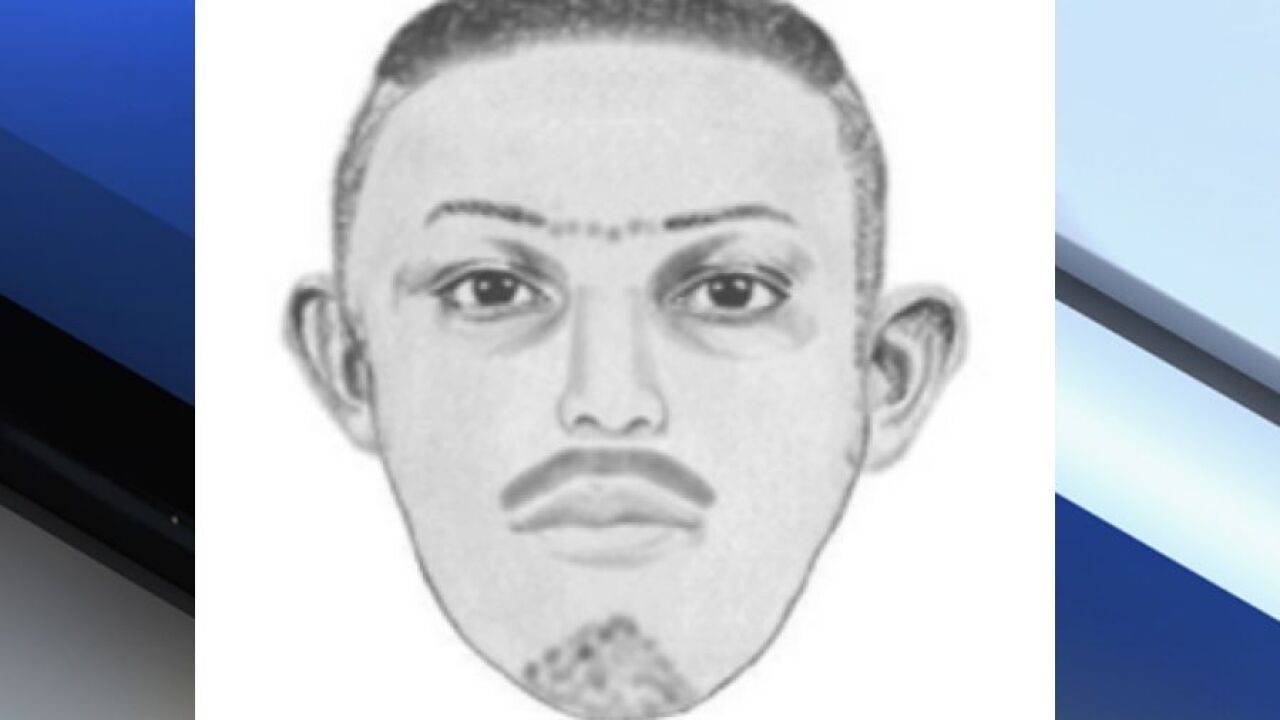 GLENDALE, AZ — Glendale police are asking for the public's help locating a man who tried to kidnap a 13-year-old girl Tuesday morning.

Authorities say the teen was waiting for the school bus when she saw the man sitting on the rear of a white car near 59th and Olive avenues.

The man asked her if she had a boyfriend and then approached her, grabbed her right hand and then around the waist before she was able to get away, police say.

The man is described as a Hispanic or White man, 19-20 years old, 5 feet 10 inches tall and 200 pounds. He has a mustache, scar on his forehead, short black curly hair and an unknown tattoo on his right eyelid. He was last seen wearing a dark grey t-shirt and white tennis shoes.