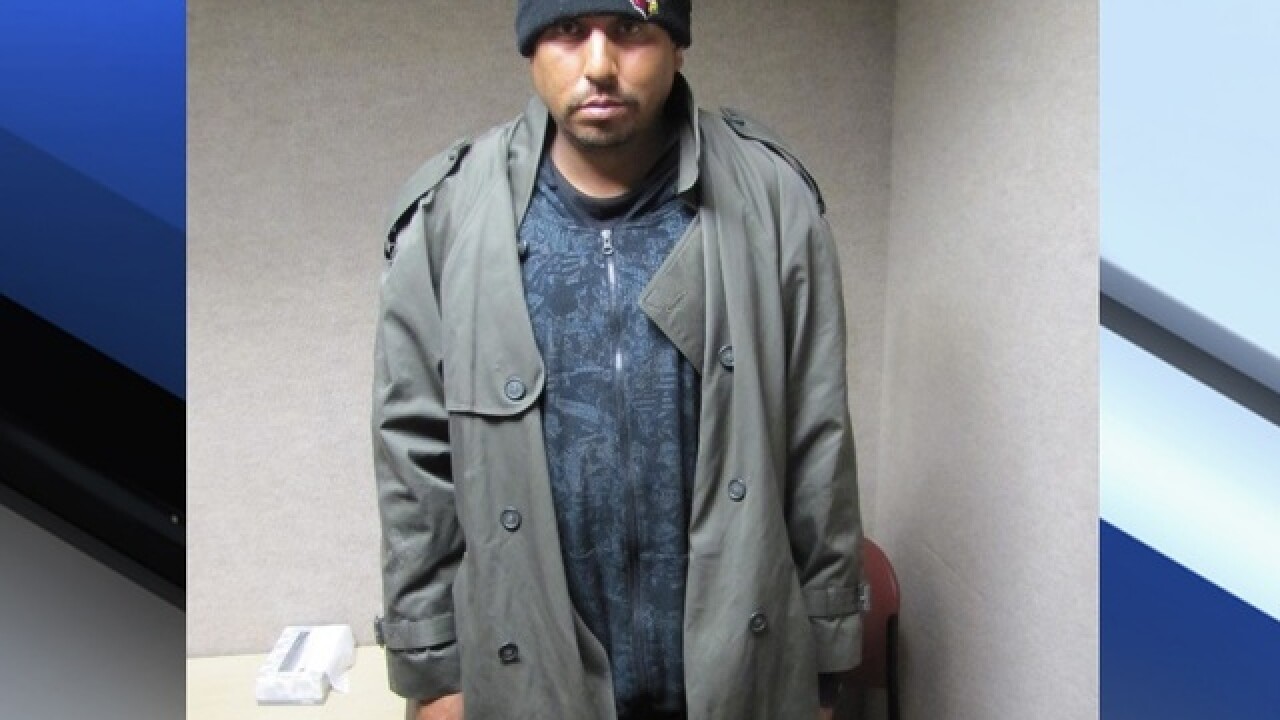 Police have arrested a "trench coat flasher" accused of exposing himself to several teenage girls in Glendale over the last several weeks.

The second incident happened on Feb. 8, when a man, believed to be the same suspect, again flashed his genitals to another female student.

"The second incident, the female said he yelled at her," Smith said. "He said 'Hey look,' and turned around and looked, and then she ran off. So he was getting more brazen in his attempts and that was only after a week."

The victims, 15- and 16-year-old females, reported the incidents to the administration at Glendale High School and to the Glendale Police Department.

Police were able to develop probable cause, arresting Diaz on multiple indecent exposure counts. According to Smith, Diaz was caught trespassing and was in possession of illegal drugs and a handgun, totaling five felony and five misdemeanor counts.

Glendale police are urging parents to talk to their kids as a precaution. Students are also urged to walk in groups and be aw are of their surroundings.

"It took the girl about a week of going through this before she made a report," Smith said.

Smith said the investigation is going.

Glendale Unified School District said they're relaying the information to parents. No other details were immediately available.

Anyone with information about Diaz is encouraged to contact Glendale Police at 623-930-3000.