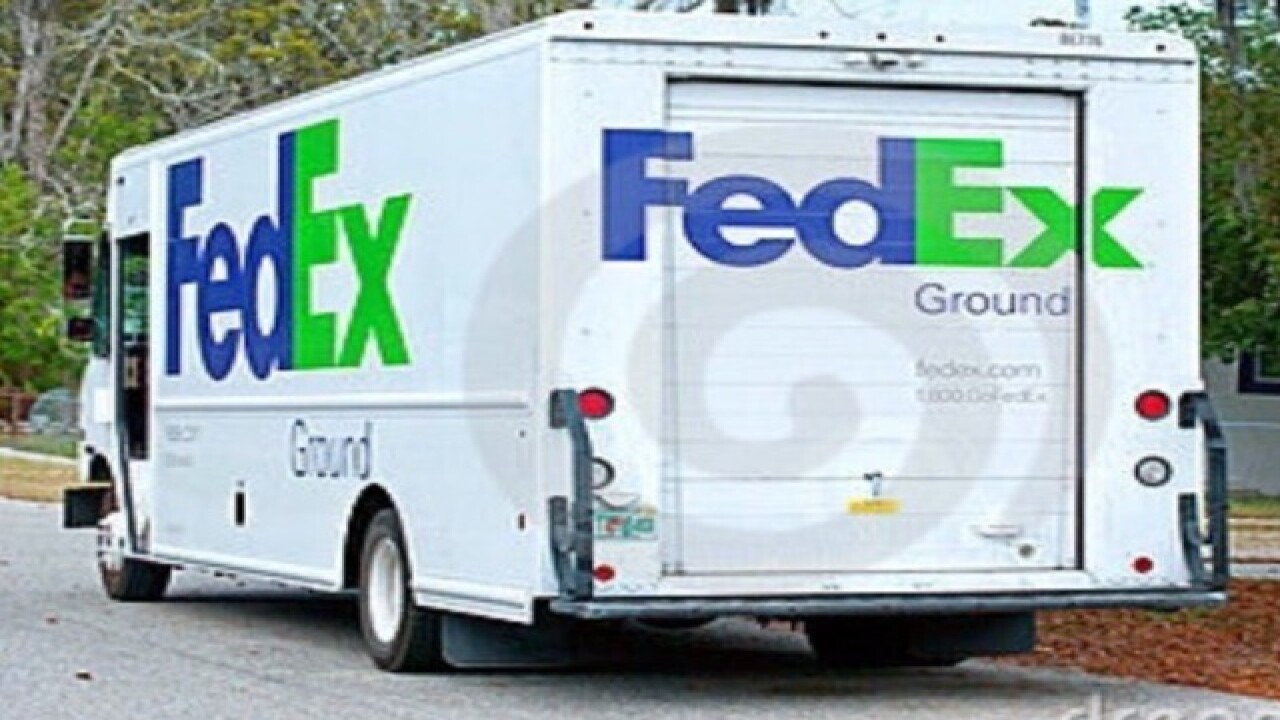 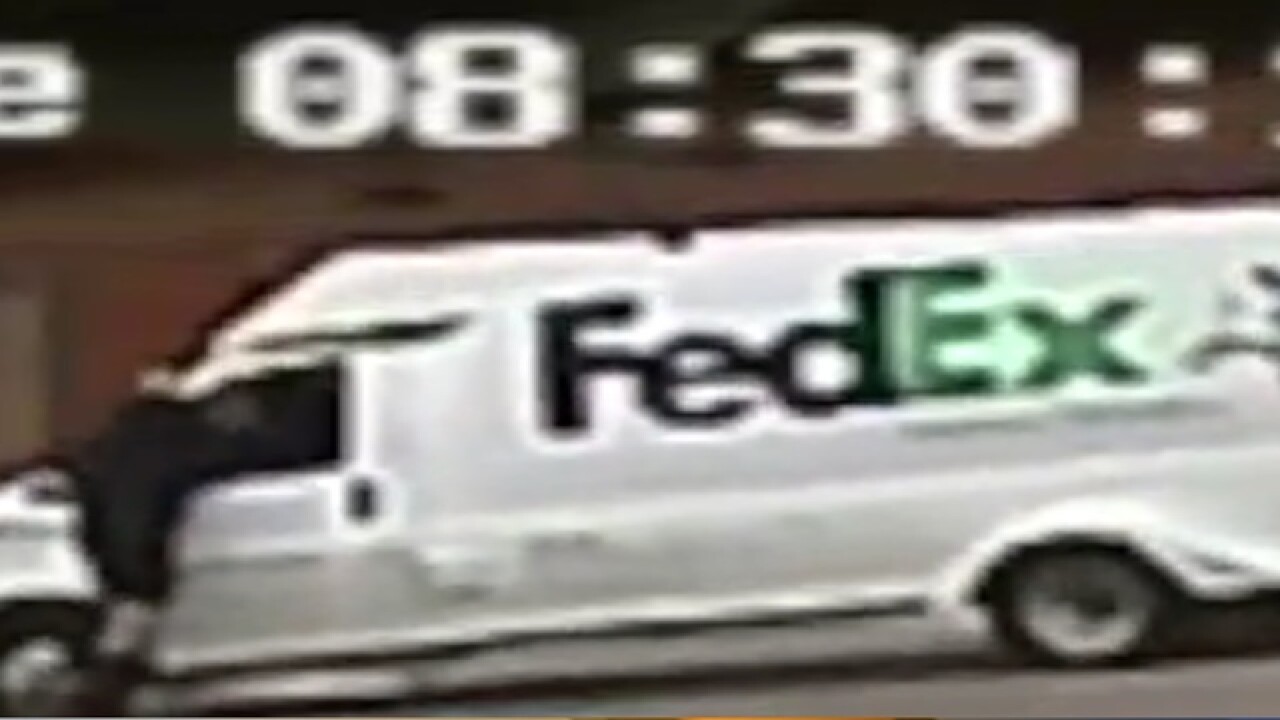 The Glendale Police Department has recovered a stolen FedEx truck that was taken Tuesday morning near 83rd Avenue and Camelback Road.

Police say the suspects are still considered armed and dangerous and have not been located.

According to police, a FedEx worker returned from dropping off a package and saw one of the two men inside the truck. The suspect, a black man in his late 30’s wearing a black ski mask and black clothing, allegedly pointed a gun at the worker.

The second suspect, a black male in his 20’s with short dreadlocks, approached in another vehicle and also pointed a gun at the worker before both vehicles left the scene.

Glendale police said the truck was recovered by Phoenix police near 88th Avenue and Camelback Road shortly after noon. They said, "Christmas is back."

A Glendale resident called police when he believed he spotted the stolen truck.

Home surveillance video also showed what looks to be like the FedEx driver jumping onto the truck, holding on, as the crooks drove off.

No injuries were reported in the incident.