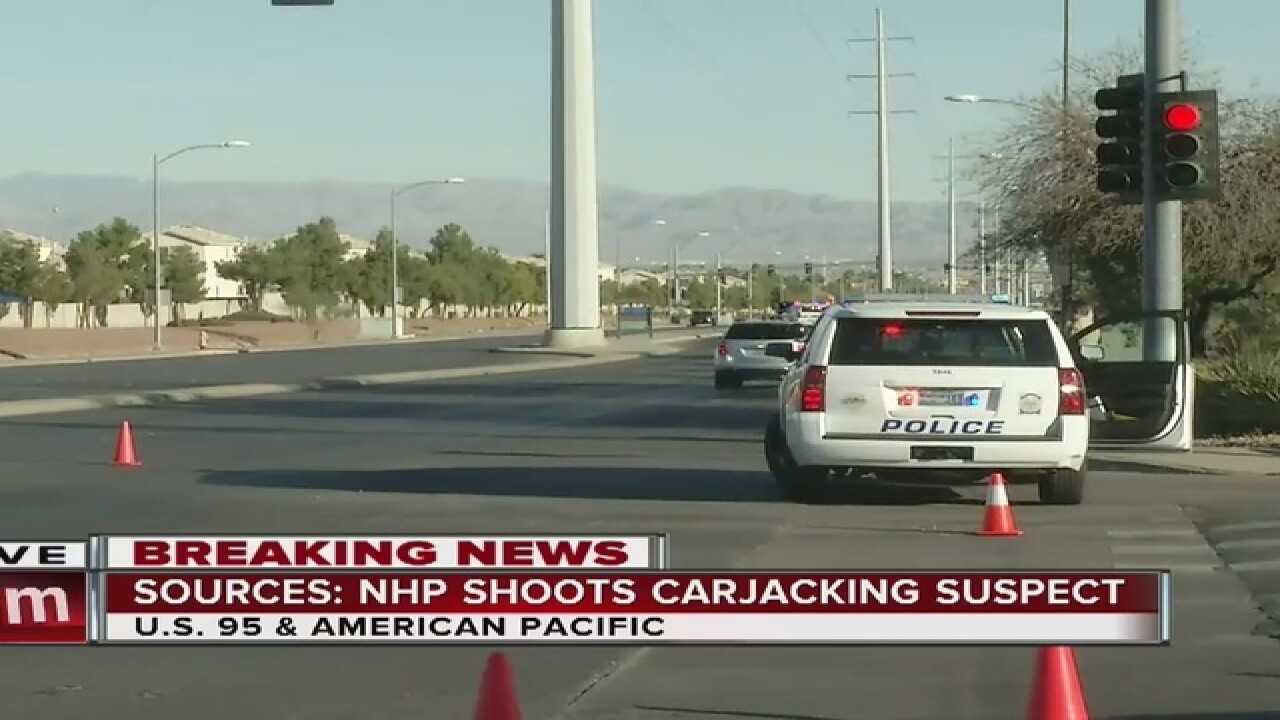 Reports say that the Nevada Highway Patrol was in pursuit of a vehicle traveling westbound on the 215 beltway around 7:30 a.m. Wednesday.

Police say during an initial carjacking, the suspect, later identified as 28-year-old Javier Munoz from Glendale, injured the driver and a witness who was trying to help. The suspect entered the freeway where he crashed into another vehicle during the pursuit with Nevada Highway Patrol.

The suspect kept going and proceeded to a Cadillac dealership where he carjacked an elderly couple, throwing a man to the ground. Police were finally able to close in when they shot the suspect in the torso and he later died from his injuries.

The victims are expected to be OK.

ABC15 sister station 13 Action News spoke with a witness, who said by the time the car got to Henderson, it was already on its rims. "Just a few more seconds, and it could have hit me," says Susann Salazar.

The Nevada Highway Patrol has identified the officer involved in this shooting as 17-year veteran Trooper David Dudley.