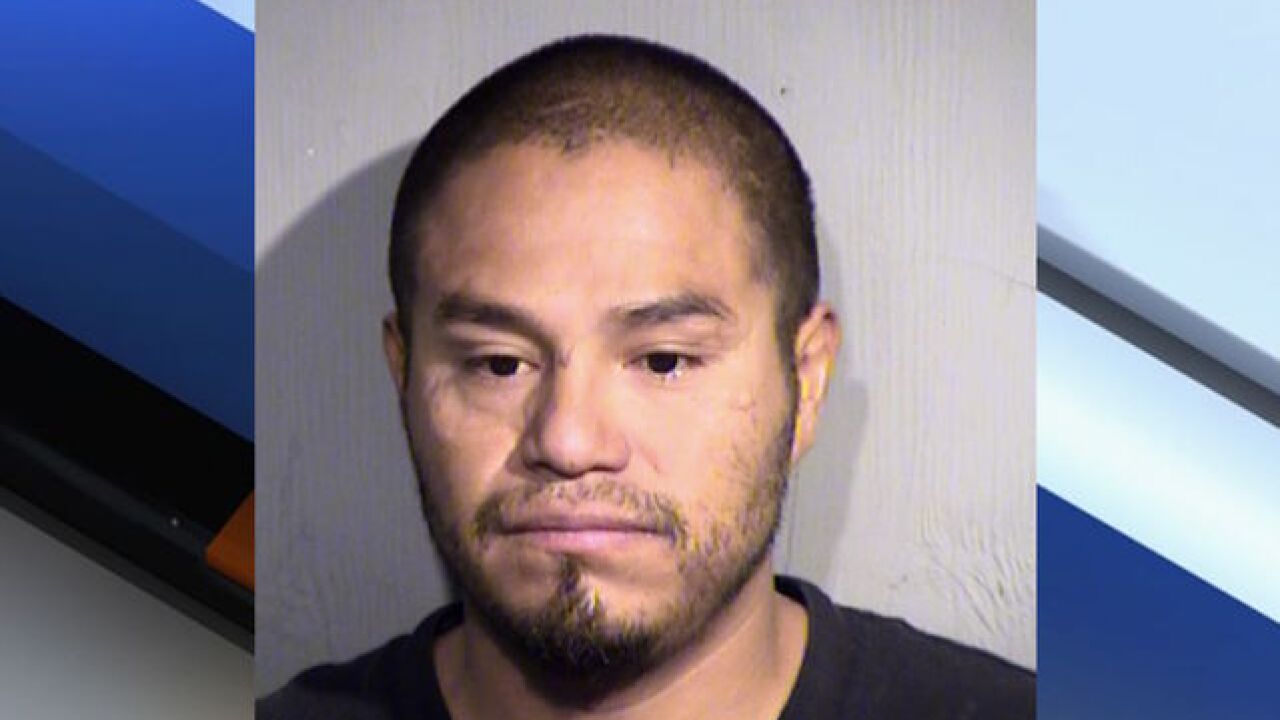 A Glendale man has been arrested for killing his mother’s cat, allegedly over the cost of their bills.

Court paperwork shows 37-year-old Byron Nosie got into an argument with his mother that lasted for several hours Thursday night at an apartment near 43rd and Maryland avenues.

After the argument, Nosie’s mother reportedly went to bed. She was then awoken a short time later to a loud thud outside her window.

When she looked outside, Nosie reportedly yelled a profanity at her and left. The woman then found her cat below her window deceased, according to court paperwork.

After he was located and arrested, Nosie allegedly told police he was upset because he has to pay for all of his and his mother's bills at home. Police say he admitted to stomping on the cat out of anger and was found with scratches and blood on his arms.

Nosie has been booked on one count of intentional animal cruelty and mistreatment.