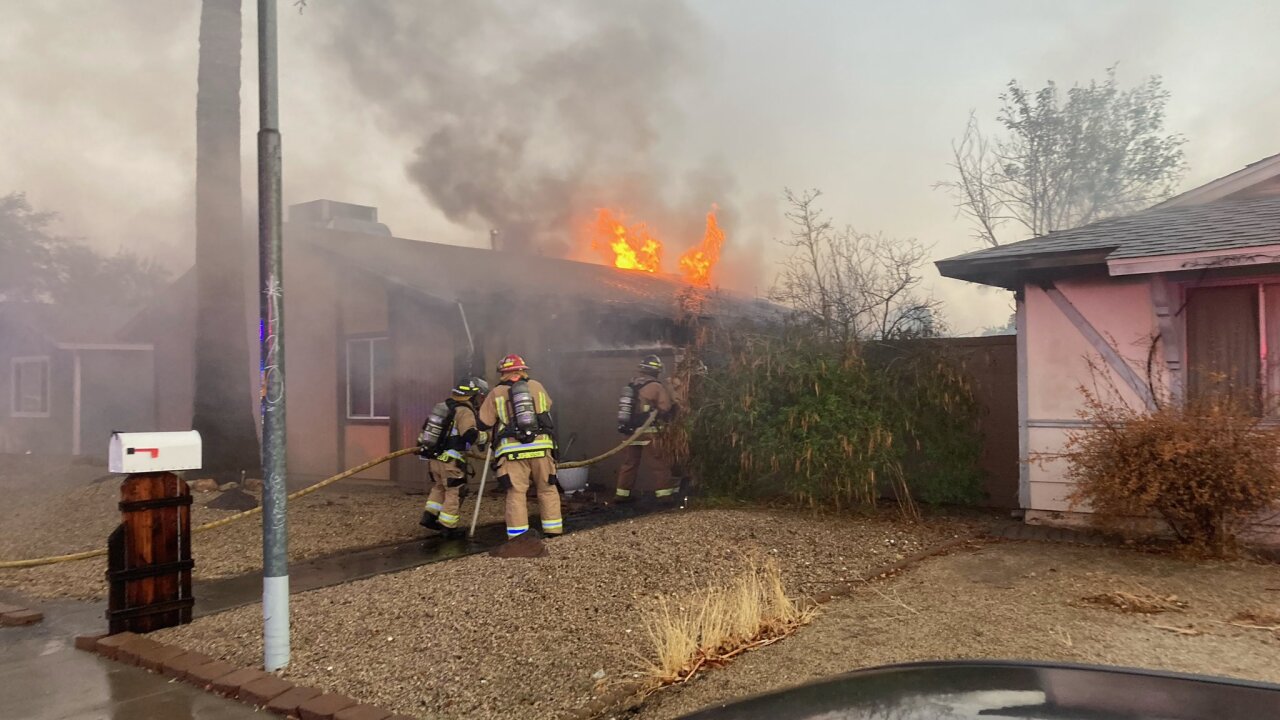 Firefighters say when crews arrived on the scene, they found a home fire that spread to the house next door from radiant heat.

The fire was then determined to be a First Alarm fire, and crews began battling the fires simultaneously.

Crews say two deceased dogs were recovered from the first home, while there were no injuries to any people.

Crews responded to a double house fire near 52nd Ave and Mauna Loa Ln. After an aggressive fire attack, the fires were contained quickly and crews kept it from spreading to a third home. Everyone got out safely, unfortunately two dogs did perish in the fire. pic.twitter.com/mIDycRKybk