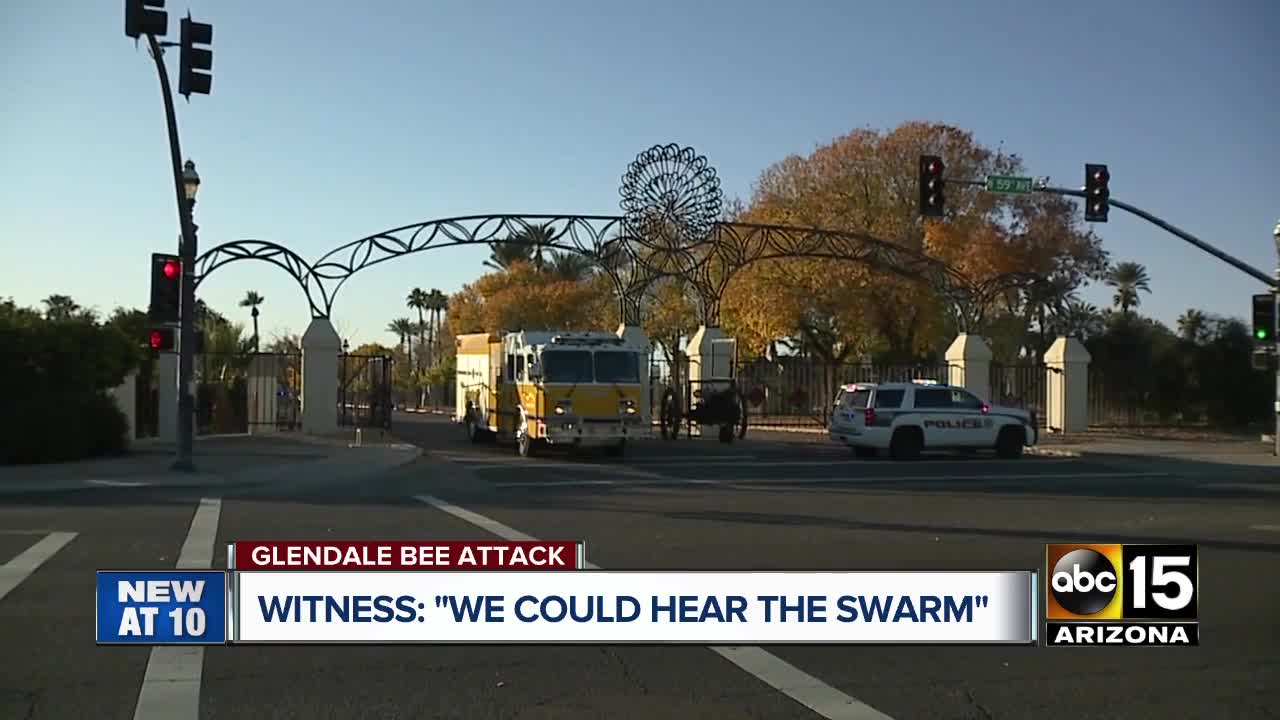 The incident happened Sunday afternoon as several families were picking fruit in the orchards in Sahuaro Ranch Park. 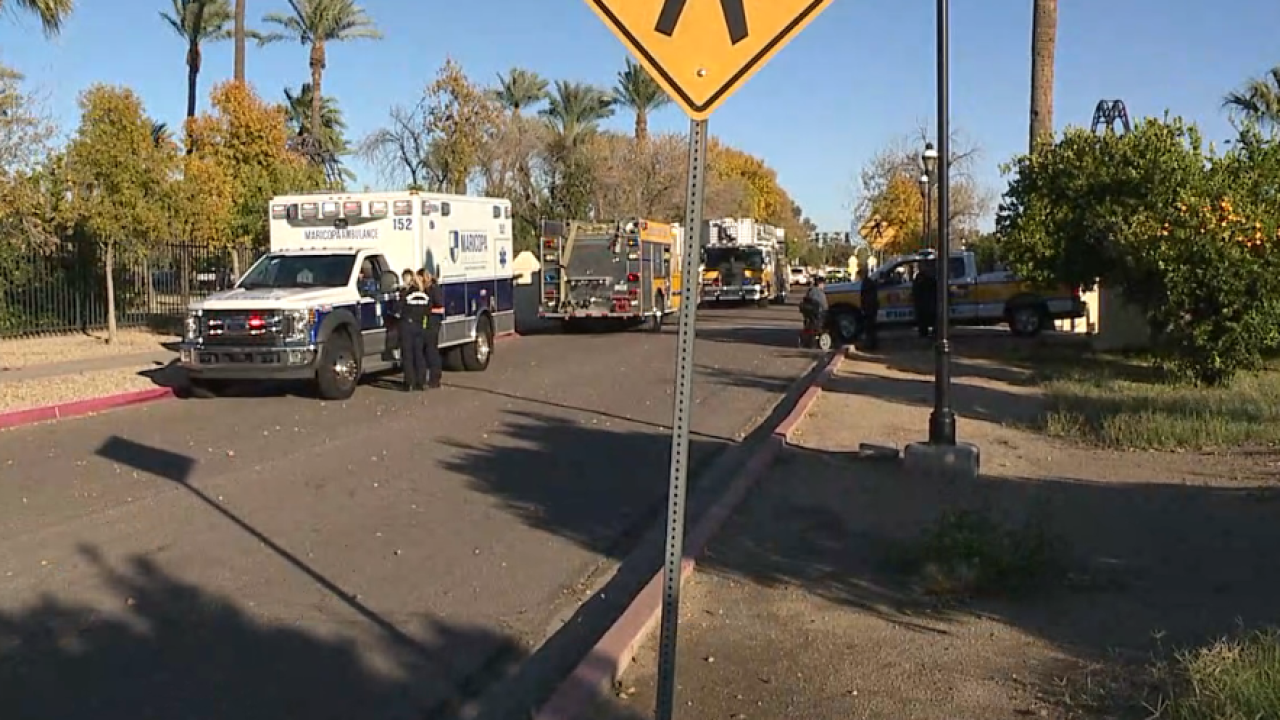 GLENDALE, AZ — Firefighters shut down Sahuaro Ranch Park after at a family was stung by bees Sunday afternoon.

URGENT. SAHUARO RACH PARK SHUT DOWN. Crews are treating multiple people for bee stings stay out of the area!

Crews were called to the scene near 59th Avenue and Mountain View Road just before 3 p.m.

"A hive can be disturbed for just the smallest reason and it only takes a split second. Right away they can get really mean and start attacking,"said Kevin Hodgson with The Beehive Wasp and Removal.

Officials say a 40-year-old man and 70-year-old woman were transported to the hospital. The man is in critical condition after being stung hundreds of times, according to Glendale Fire Department spokeswoman Ashley Losch.

The woman is in stable condition, but was also stung multiple times, Losch said. Two other people, a 17-year-old boy and 39-year-old man, were treated on scene.

"Some people can only handle one sting, other people can take several hundred stings, said Hodgson.

“I was walking to the car and we saw a guy that was running around, pulling his shirt off and his whole body was just covered in welts and he was just running through the grass," said Nina Sanders who witnessed what happened.

“I just grabbed my grandson and said, 'let’s go' so we just ran to the car and there was like 30 to 50 of them following us. Honestly, I feel like if we were five minutes later than we might’ve been attacked, Sanders said.

"If you know bees are coming at you.. warning signs; that they're about to sting... just run as fast as you can and put as much distance between the beehive and yourself as you can," said Hodgson.