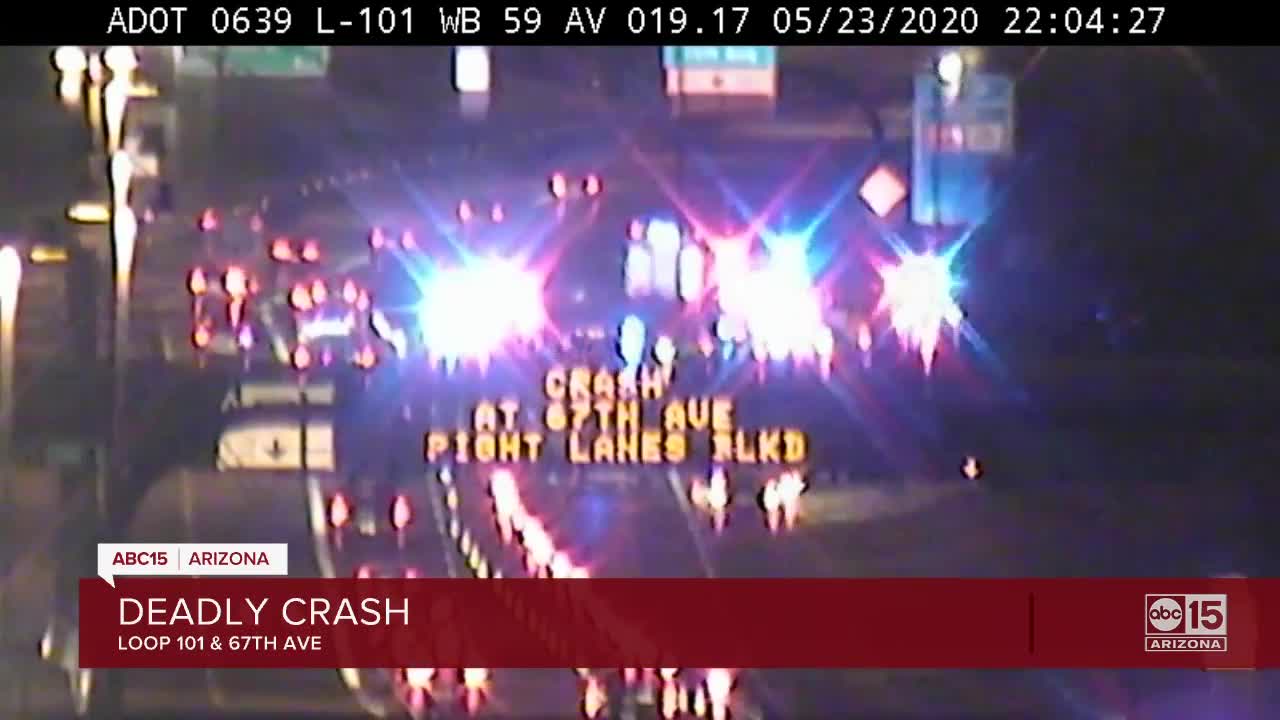 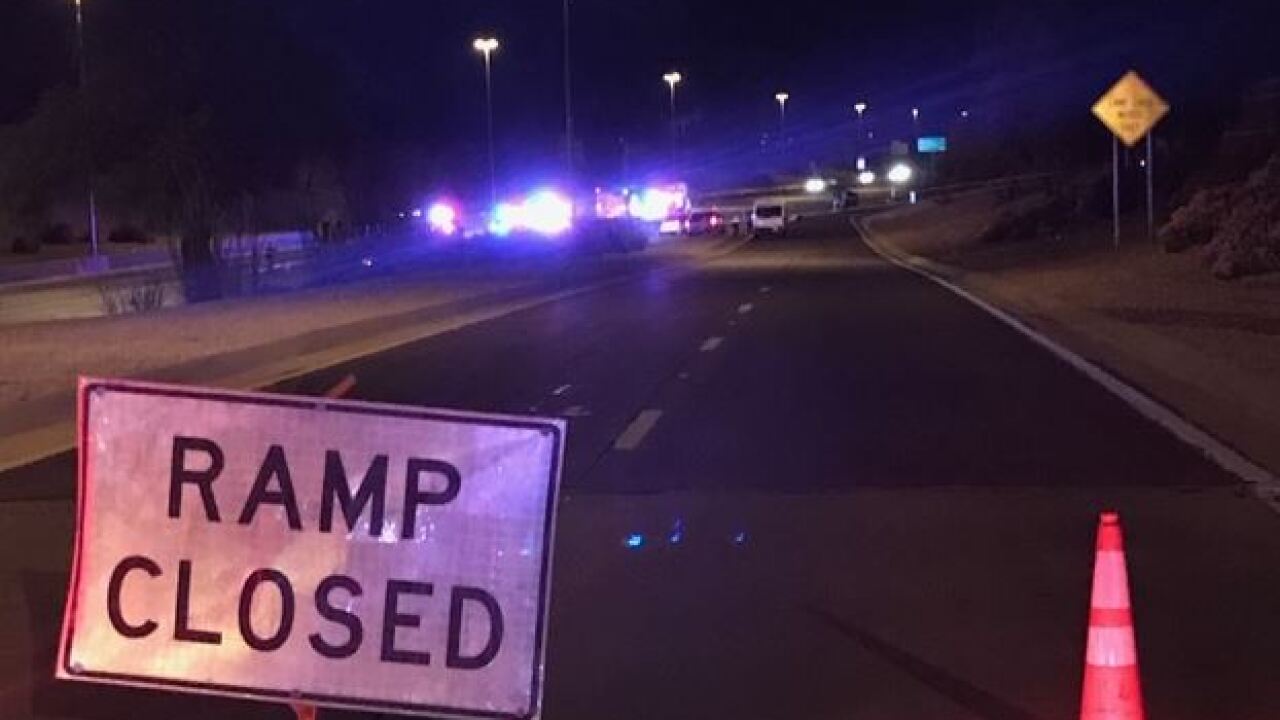 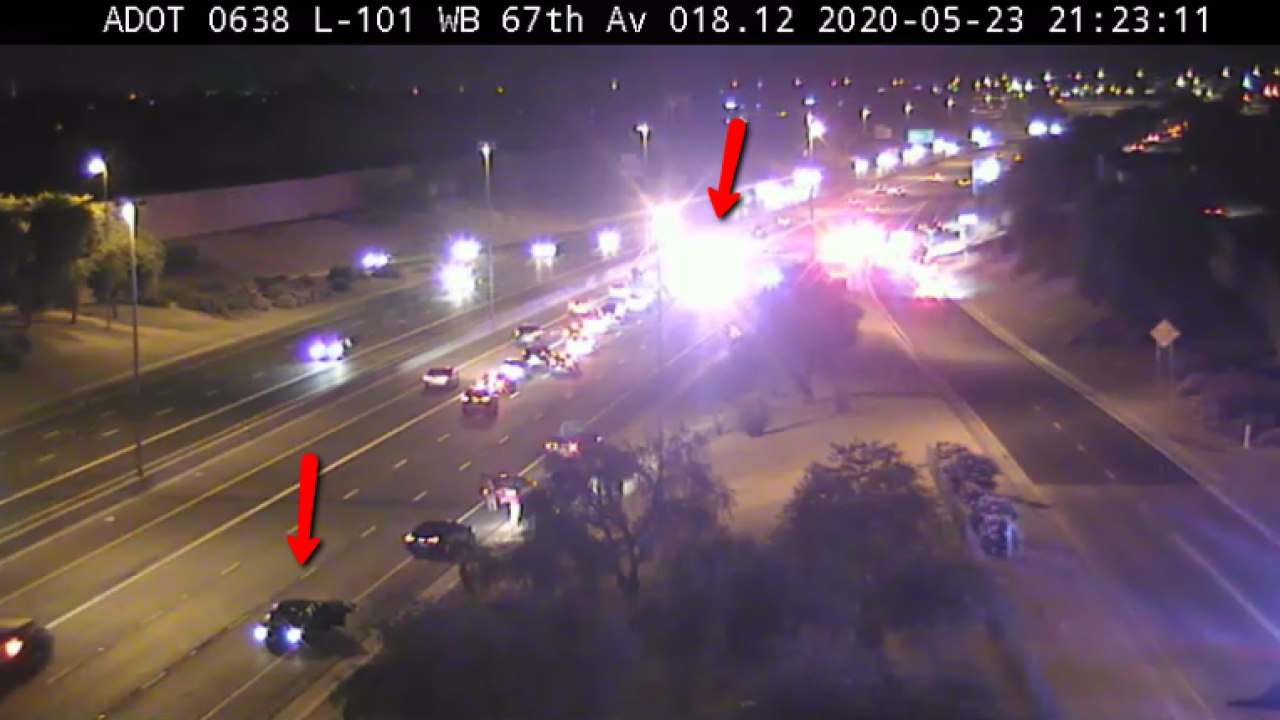 At around 9:10 p.m. a rollover collision occurred on westbound L-101 near 75th Avenue, where no injures were reported.

Later, a secondary crash happened at 67th Avenue, where at least one person has died, DPS says.

Officials say they have received conflicting reports that multiple subjects fled the scene and have not been located, meanwhile others say no one fled.

It is unclear what led up to both collisions. Commuters are advised to avoid the area.

Loop 101 is now CLOSED westbound at 67th Ave due to this crash.

Expect delays and seek an alternate route like Interstate 10.

Traffic can reenter the freeway at 75th Ave.

There is no estimated time to reopen Loop 101 WB at 67th Ave.#phxtraffic #Loop101 pic.twitter.com/KIhQcg3vTf