DPS: Woman dies after being hit by wrong-way driver on L-101 in Glendale 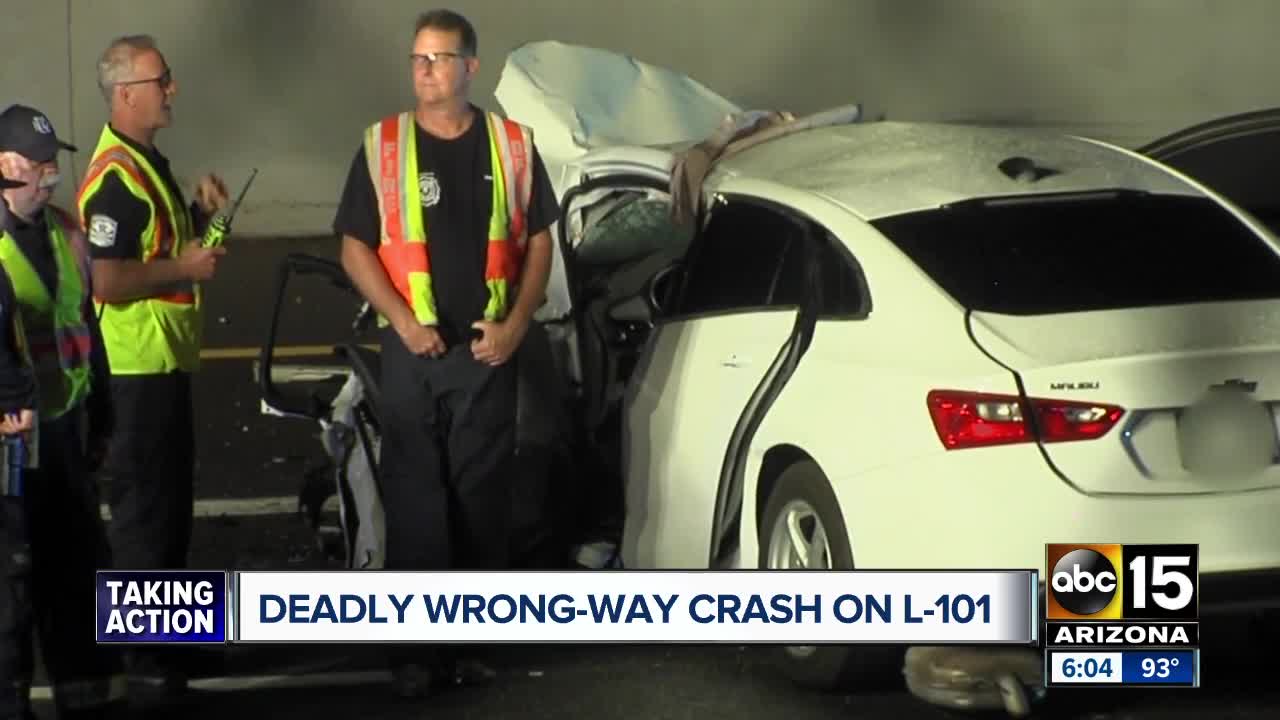 Troopers did not identify the woman behind the wheel of the wrong-way vehicle, saying only she was a 22-year-old from Phoenix. 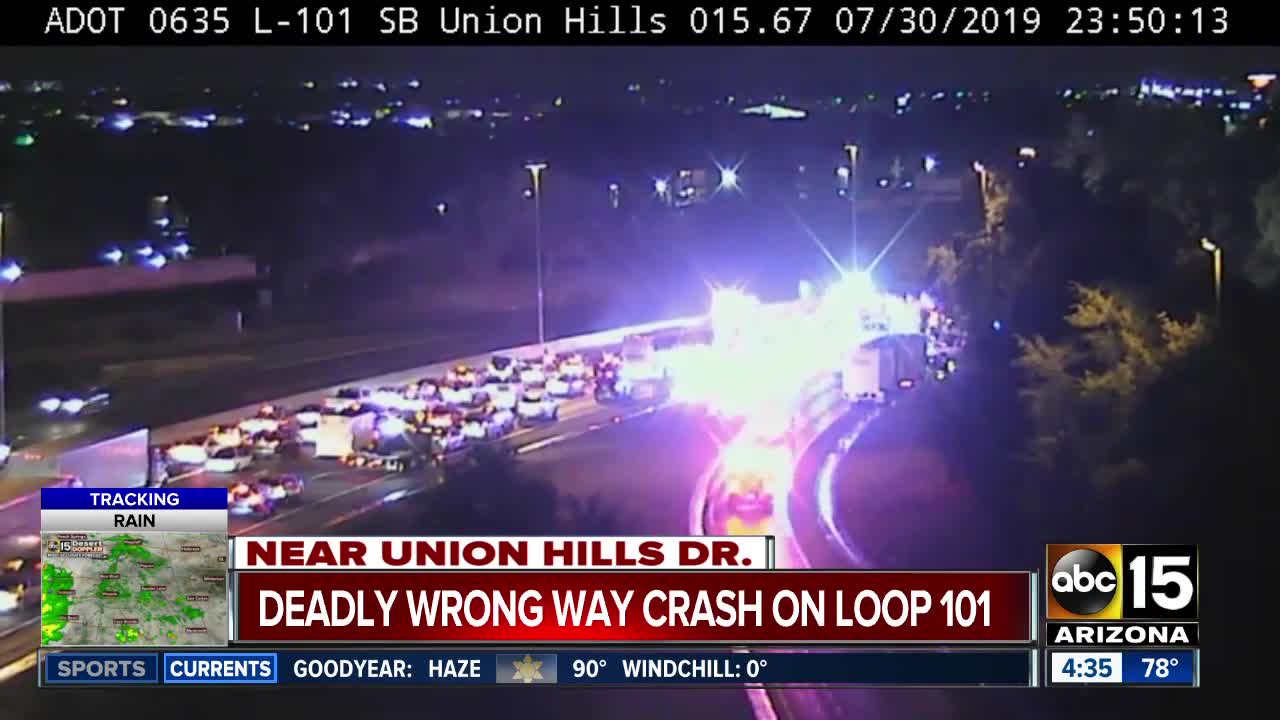 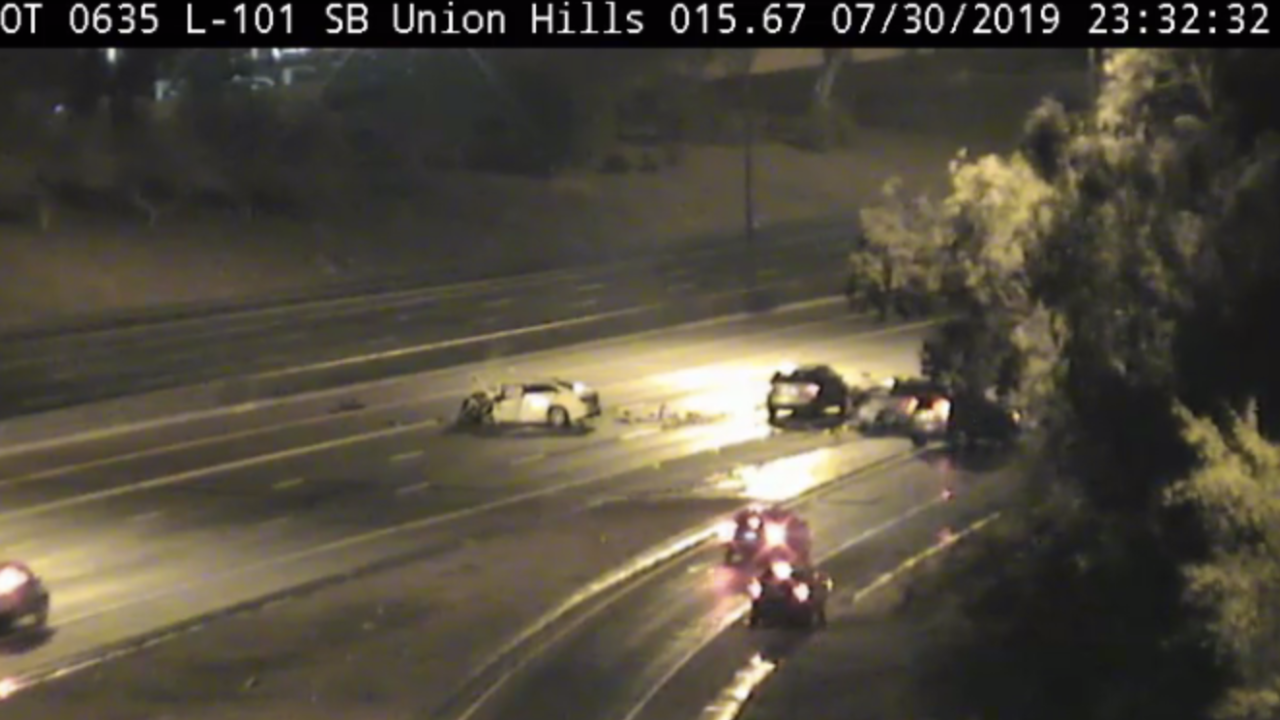 GLENDALE, AZ — One person is dead and another hurt after a wrong-way crash on Loop 101 in Glendale.

The crash occurred just before 11 p.m. Tuesday on L-101 near Union Hills Drive.

Officials with the Arizona Department of Public Safety say a Chevrolet Malibu was reportedly traveling northbound in the southbound lanes of L-101 before it hit a Nissan sedan.

DPS said the driver of the Nissan, 20-year-old Laiquan Lemon, of Goodyear, died in the crash. The suspected wrong-way driver, identified only as a 22-year-old Phoenix woman, suffered non-life threatening injuries and was taken to a nearby hospital.

Troopers say someone in a third car was side-swiped by the wrong-way driver at one point, but they were not injured.

The freeway was shut down in the area for the investigation until 7:30 a.m. Wednesday.

At this point, DPS has not said what factors led to the crash.