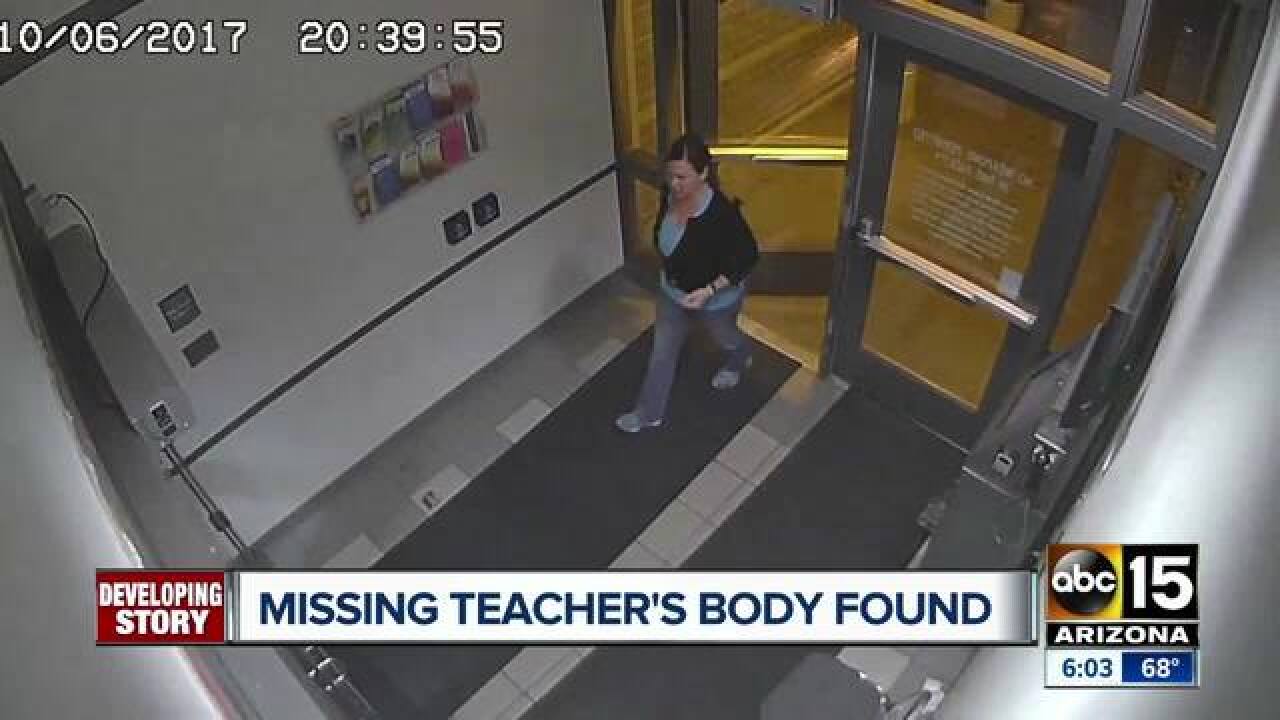 The Deer Valley Unified School District has released a statement after Flagstaff police located the remains of Cathryn Gorospe.

On Friday night, police said they located the remains of an adult woman believed to be Gorospe.

Gorospe was a teacher at Arrowhead Elementary School in Glendale.

We are deeply saddened to learn of the death of our Arrowhead Teacher Cathryn Gorospe.

Cathryn’s friends and colleagues at Arrowhead Elementary School and throughout the Deer Valley Unified School District had hoped and prayed for a different outcome.

During this difficult time, we feel fortunate to belong to a school and district family where we support and take care of each other.

Our District crisis flight team of counselors and psychologists will be at the school Monday to provide assistance and support to Ms. Gorospe’s students, as well as all of our Arrowhead students and staff.

Our thoughts and deepest condolences go out Cathryn’s family, friends, and colleagues.

Gorospe disappeared more than a week ago after she posted bond for her friend 27-year-old Charlie Malzahn.

It's believed Malzahn took Cathryn's car at some point on Friday night and then allegedly attempted to get drugs and a gun from an acquaintance in Clifton on Saturday.

He then went to Tucson where he used Cathryn's debit and credit cards at a local mall. He told police he had permission to use them.

On Monday, Cathryn's SUV was seen in Phoenix. Malzahn, who was driving the car, was arrested after crashing the SUV following an officer-involved pursuit.

Police say that he had not been cooperative in their efforts to find Cathryn.