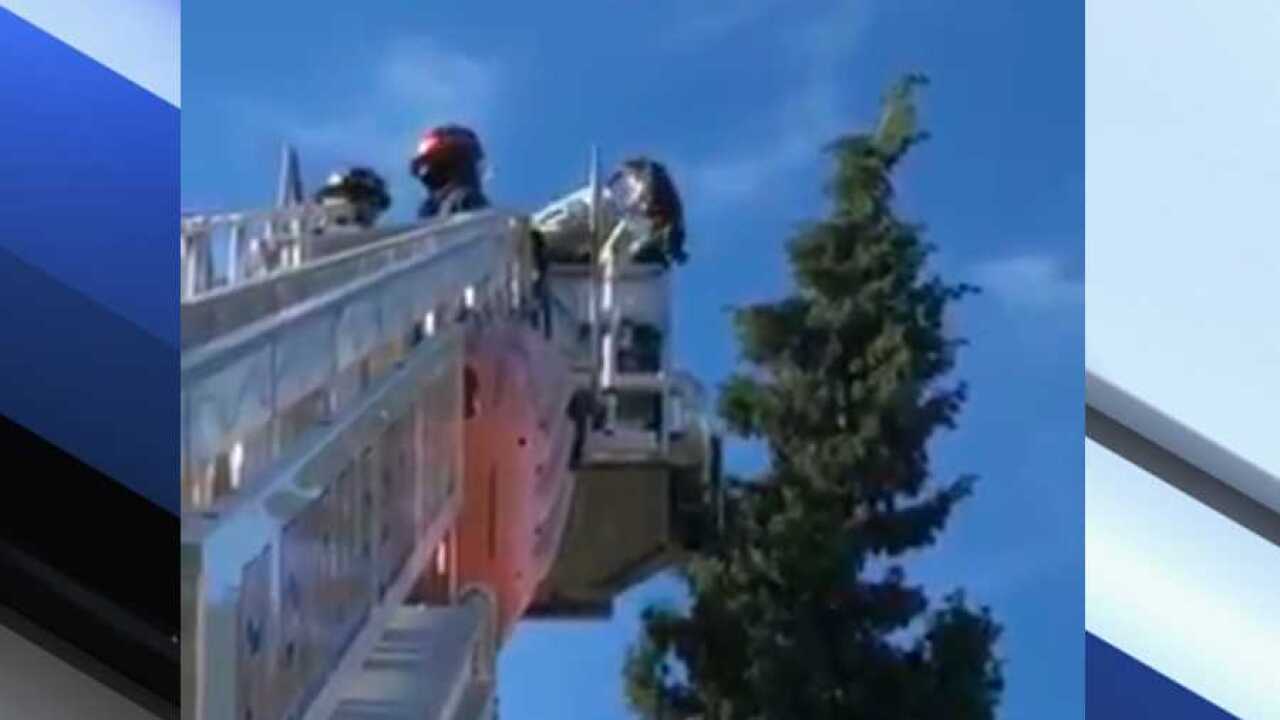 GLENDALE — A good Samaritan is responsible for helping to save a cat that was stuck in a tree more than five days!

According to the Glendale Police Department, they received a call on Thursday morning around 8:30 a.m. from a member of Glendale fire who also volunteers at an animal rescue.

The firefighter had received a tip from a woman that a cat had been stuck in a tree near 67th and Camelback avenues since Friday, December 6.

Glendale firefighters were called to the preverbal cat in the tree rescue this morning. Somehow the cat made its way to the top of this very large tree and has been there since Friday. It is now safe and sound and in the care of an animal rescue. Well done L152! Stay safe. pic.twitter.com/RhB4bizmmJ

The Public Information Officer for Glendale fire, Ashley Losch, called the Captain of Ladder 152 to see if they could rescue the cat, an assignment the Ladder 152 quickly took on.

The woman who reported the cat in the tree was waiting for first responders when they arrived, armed with tools to help rescue the cat, like a leash and a kennel.

"All is well that ends well," Losch told ABC15. "The cat is now safe and sound."