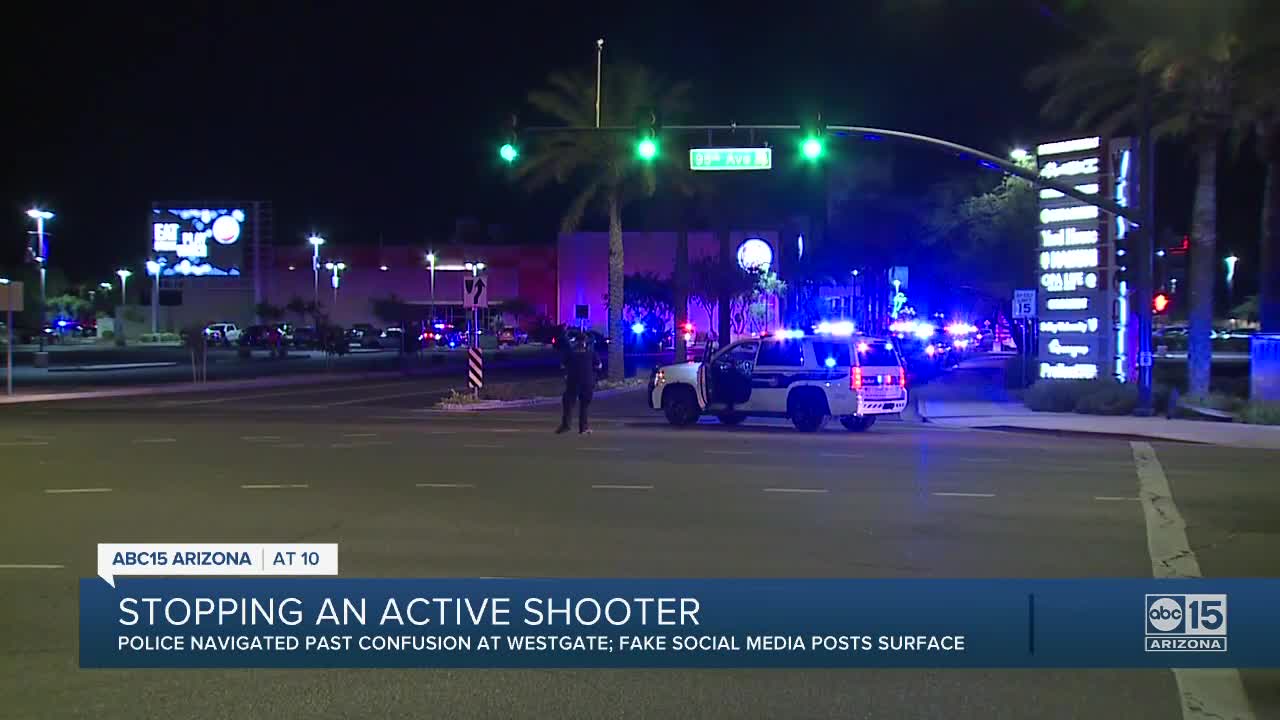 GLENDALE, AZ — As the gunman roamed the Westgate shopping center with his AR-15, there were frantic calls to 911.

Some callers reported conflicting information and officers, pumping with adrenaline, had to work through the confusion to locate, and arrest, the lone shooter.

But even after the suspect was in custody, people tried to spread inaccurate information - writing online that there was a second shooter.

As the police scanner crackled - "Shots fired by Dave & Buster's. I have at least two people down over by Johnny Rockets" - the 911 calls continued to flood in from the Westgate Entertainment District.

"We're getting different descriptions," said the dispatcher. "Spanish male with a mask. Then another...white male with a beard."

As police later determined, there was never actually a second suspect.

"That's part of the challenge of policing, working through all that stuff in finding out what is fact and what is not," said Andy Anderson, a retired Assistant Phoenix Police Chief who served with the department for 36 years.

Anderson says active shooters lead to a litany of misinformation.

"Citizens are panicking when this happens. They've been caught completely off guard. So they're going to see different things, and their perceptions are going to be different," he said.

The same thing happens online, where bad actors try to blend in as legitimate sources.

"Especially during breaking news, most of the information that is flying around has not been verified," said Julie Smith, a Media Literacy Professor at Webster University.

"It's from Barnabas, [saying] second Arizona shooter has been identified."

Not only does the misinformation harm innocent people accused of the shootings, but it can hinder the police investigation.

"Obviously that works its way back to us, as we are investigating," said Anderson. "And at the same time they're trying to protect a crime scene and collect evidence to support the crime scene."

In the end though, the truth comes out. People are exposed online as fakes and the real shooters are caught.