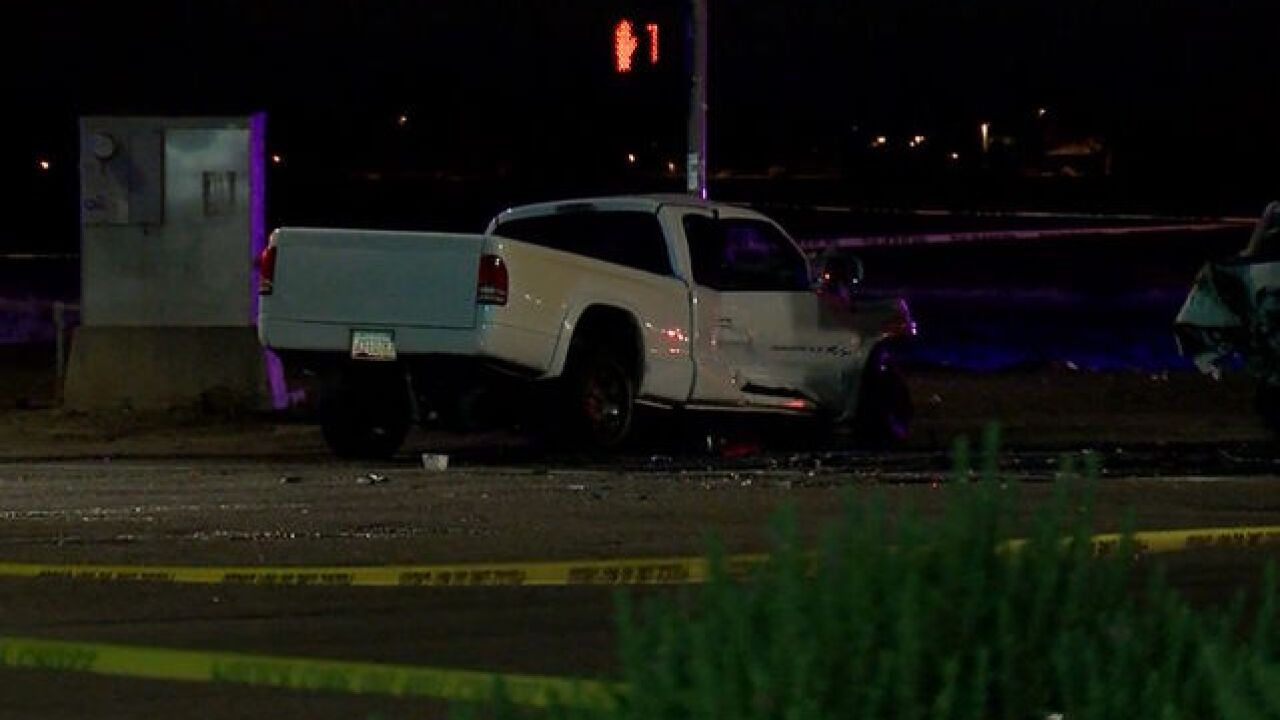 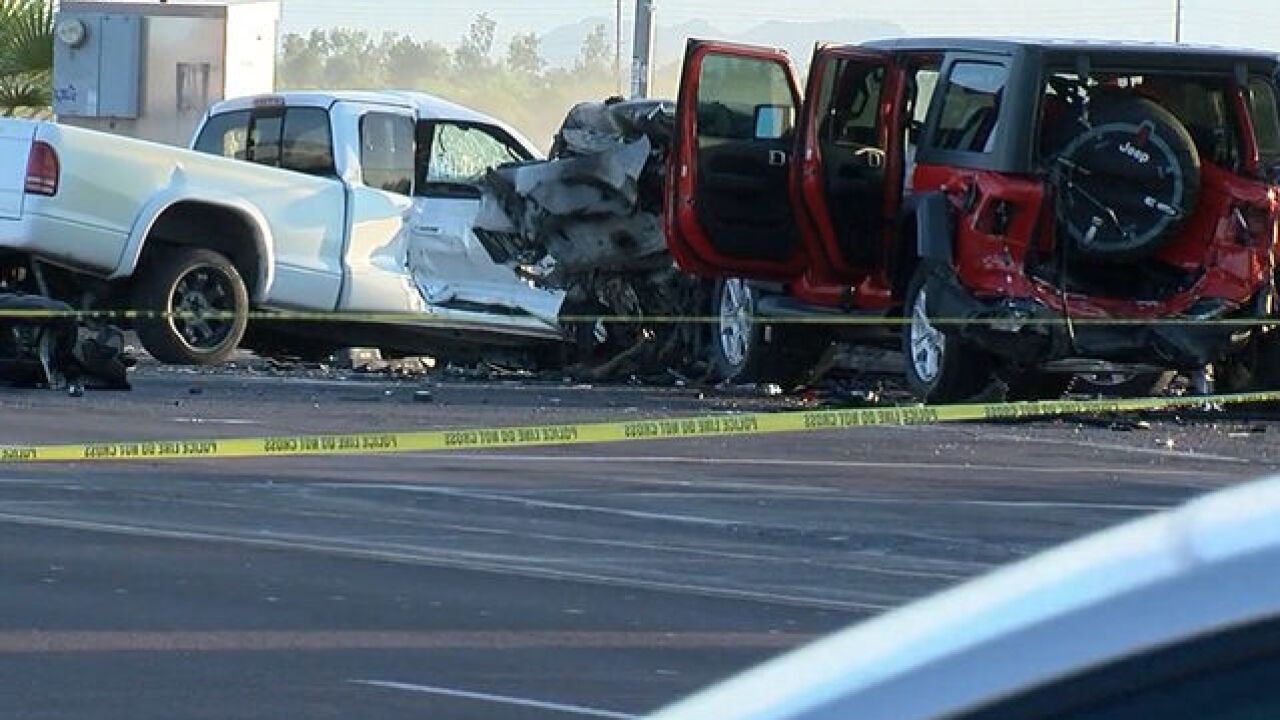 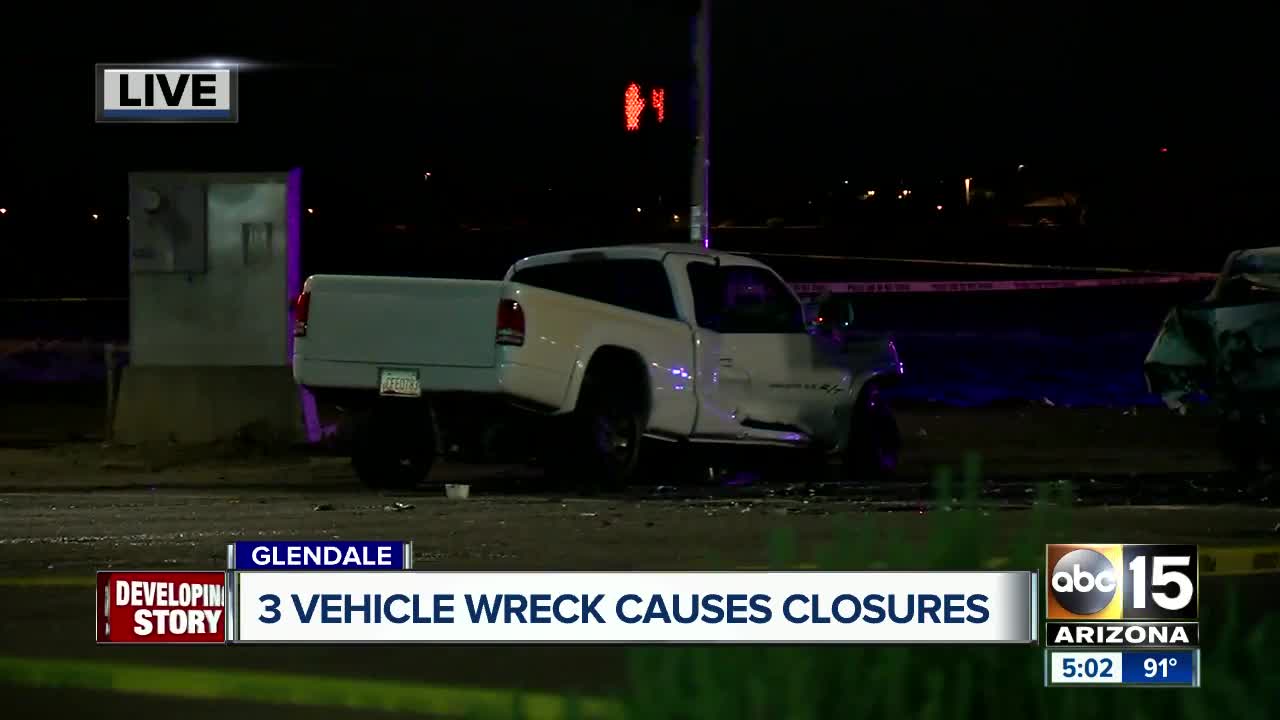 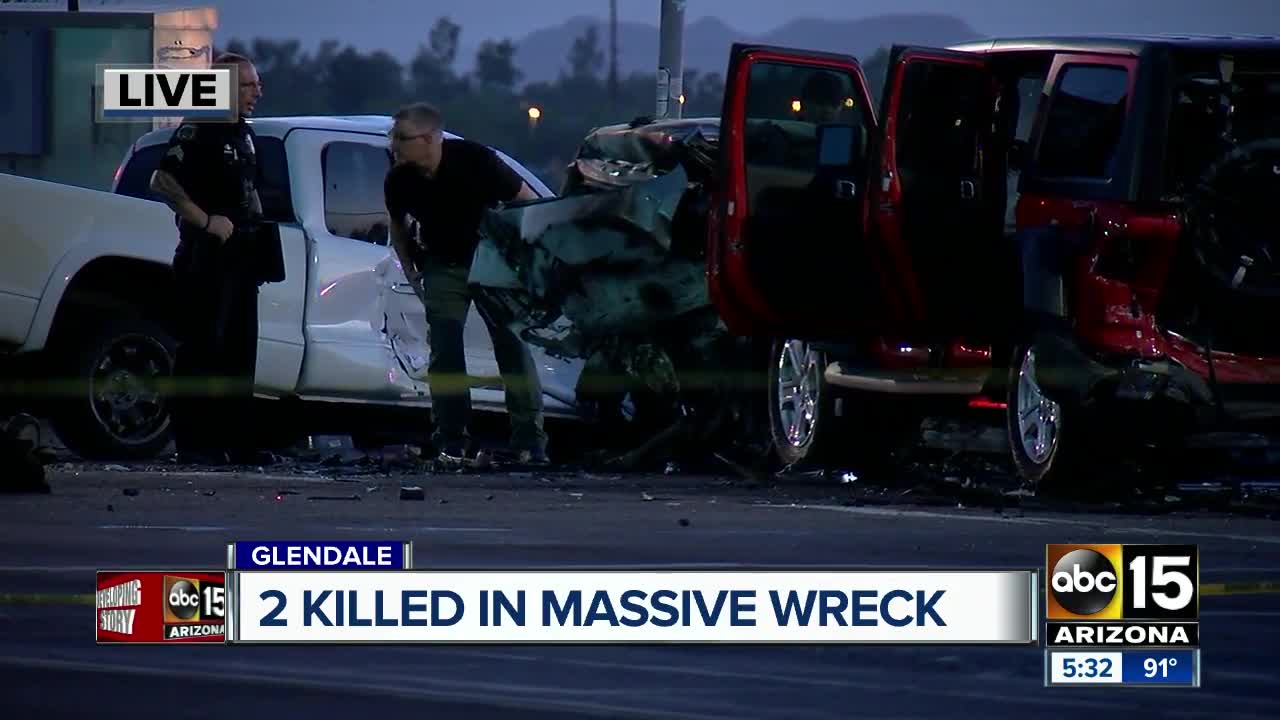 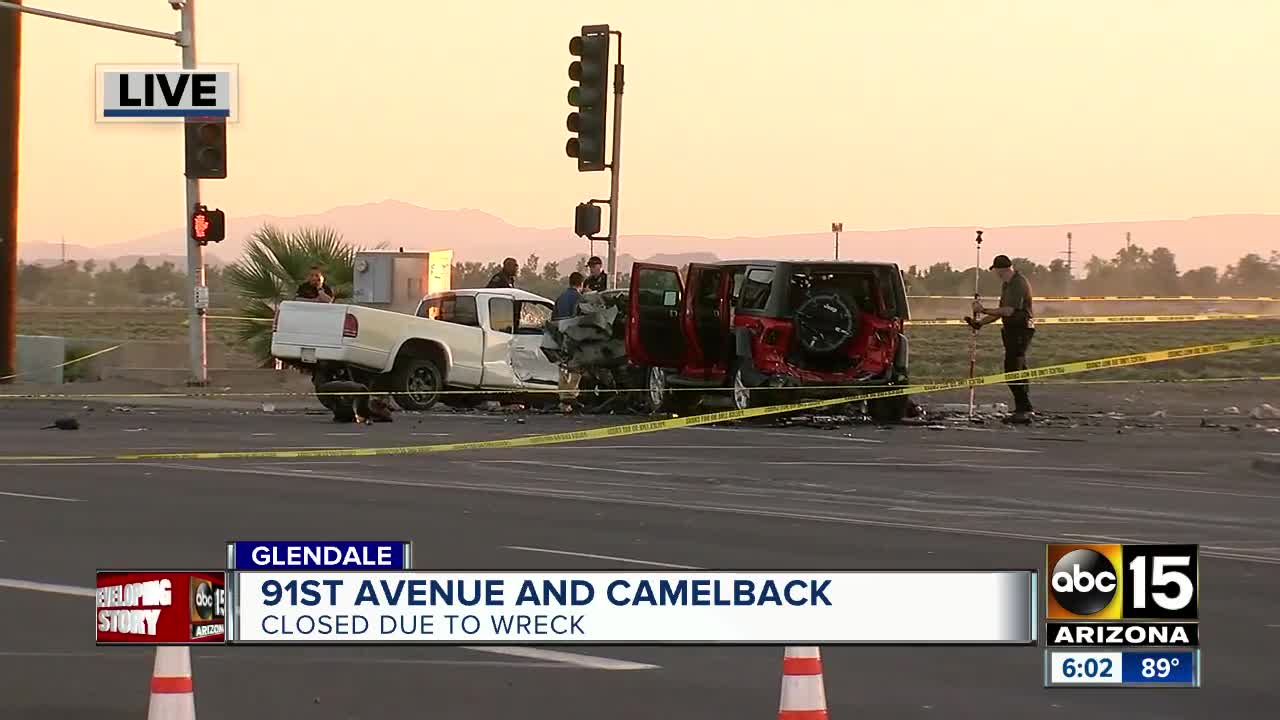 A major intersection in Glendale has reopened after a deadly crash on Sunday morning.

According to police, two drivers were killed in the crash.

Police believe a truck driven by Espinoza was traveling westbound on Camelback Road when he rear-ended a vehicle driven by Agostini that was waiting to turn in the left-turn lane. The impact of the collision resulted in the vehicles hitting three other cars.

Two other people were injured in the crash. They were transported to an area hospital for treatment.

Witnesses told police that Espinoza had been driving erratically just prior to the collision. Police said possible impairment and speed are being investigated as contributing factors to the crash.