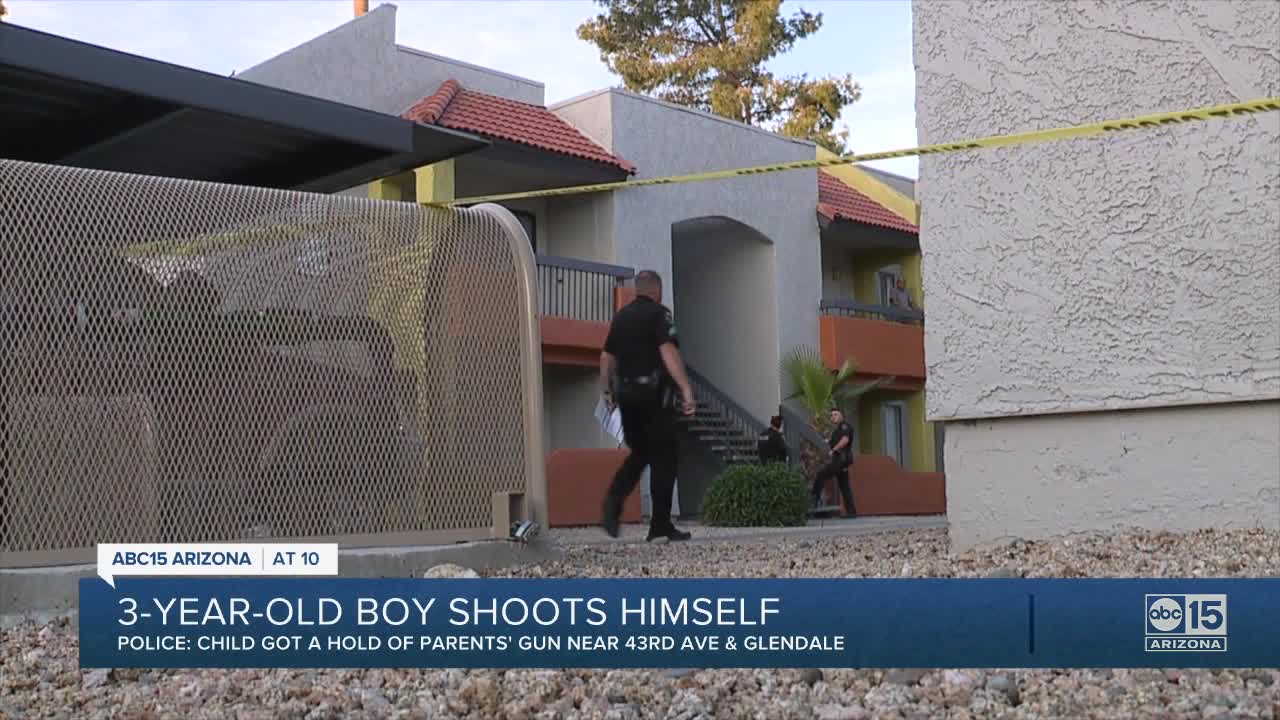 A 3-year-old boy was rushed to the hospital Tuesday night after accidentally shooting himself with an unsecured gun at a Glendale home, police say. 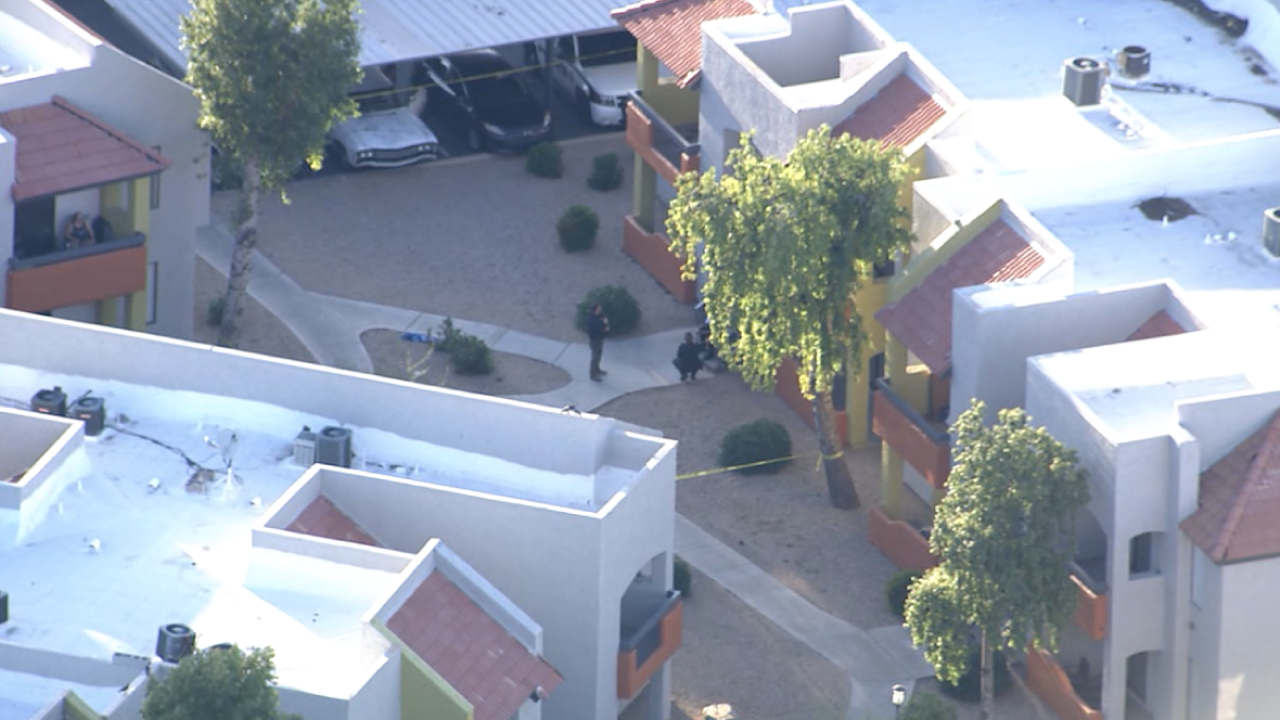 GLENDALE, AZ — A 3-year-old boy was rushed to the hospital Tuesday night after accidentally shooting himself with an unsecured gun at a Glendale home, police say.

Aerial footage over the residence near 47th and Glendale avenues showed multiple police patrol units at the scene.

Officers say at around 5:10 p.m. they responded to the call and upon arrival they found the 3-year-old with a gunshot would to his index finger.

According to police, the boy was taken to Phoenix Children's after he shot himself with a weapon belonging to his parents.

During the officer's investigation they discovered that the boy's father and his girlfriend has recently moved into the residence and had the gun placed in the nightstand in an open compartment.

While the father was sleeping in the living room, his girlfriend and child were in the child's room. The boy then exited and went into the master bedroom where he fired the gun once, injuring himself according to police.

Police said the boy's injuries are not life-threatening.

The County Attorney will review the investigation and will decide on charges of Endangerment.