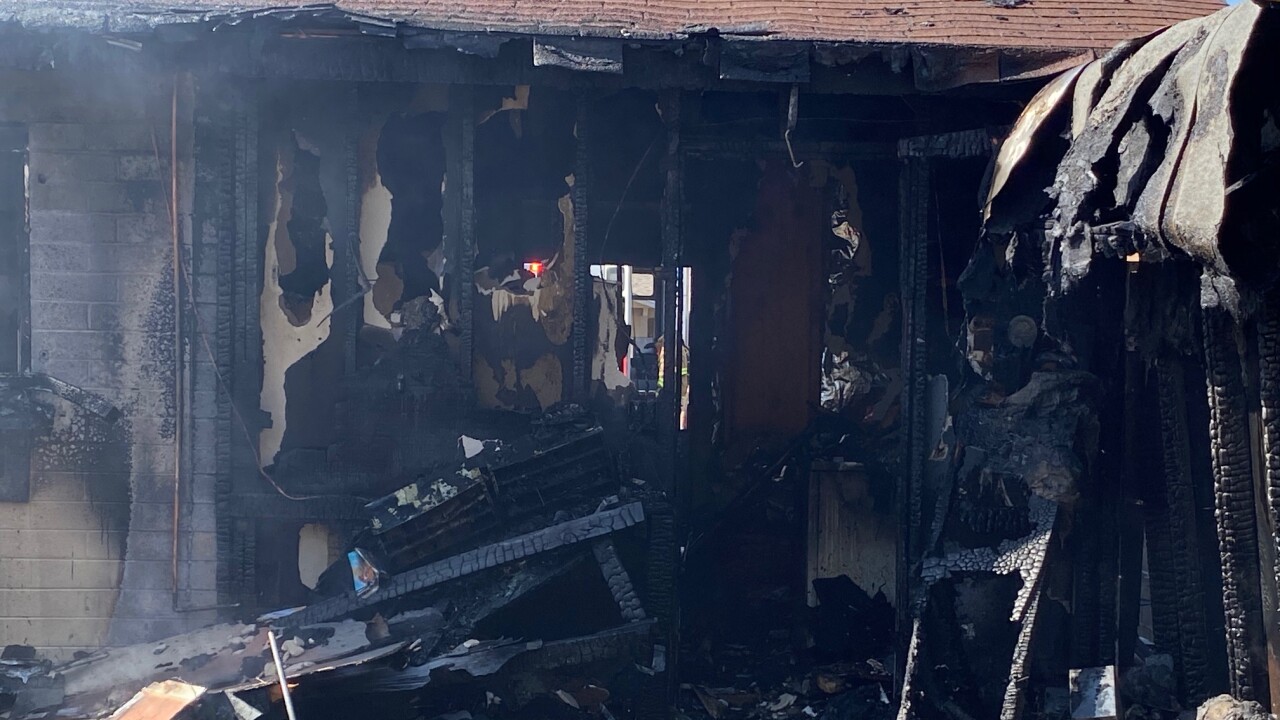 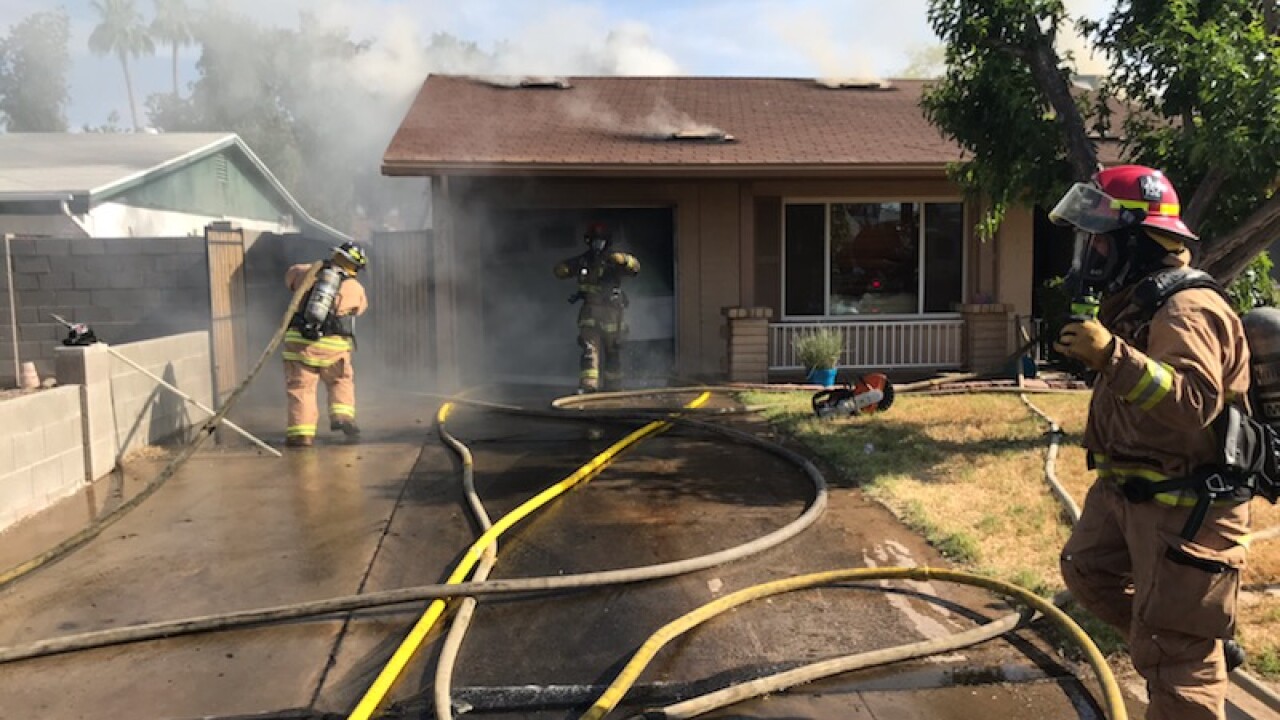 PHOENIX — A house is destroyed after a large fire sparked in the west Valley.

Firefighters from Phoenix and Glendale were called to battle the fire on MacKenzie Drive, near 75th Avenue and Indian School Road.

When they arrived they found heavy black smoke from the back of the house and heard multiple explosions.

Before crews arrived neighbors used a garden hose to help stop the flames from spreading.

Authorities say nobody was home at the time.

The flames were stopped from spreading into the attic and neighboring homes.

Nobody was reported hurt.

The cause of it remains under investigation