FedEx trailer destroyed in crash along Interstate 10 near Estrella Parkway 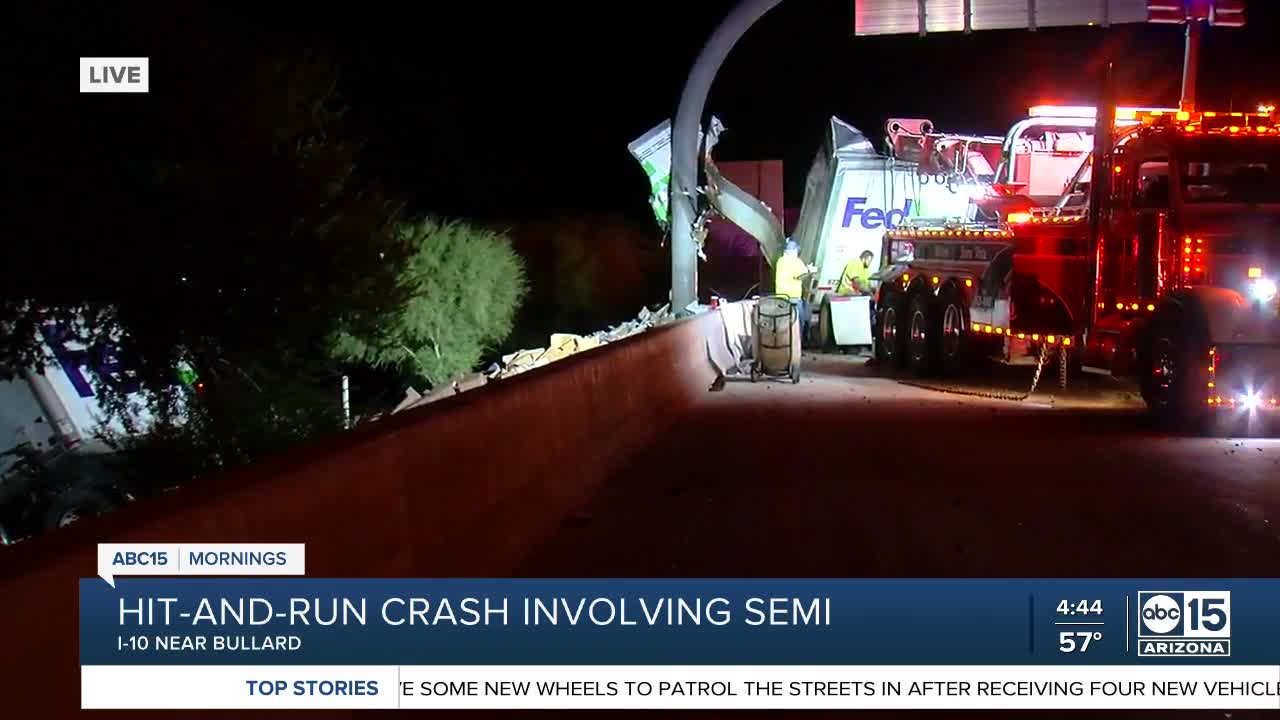 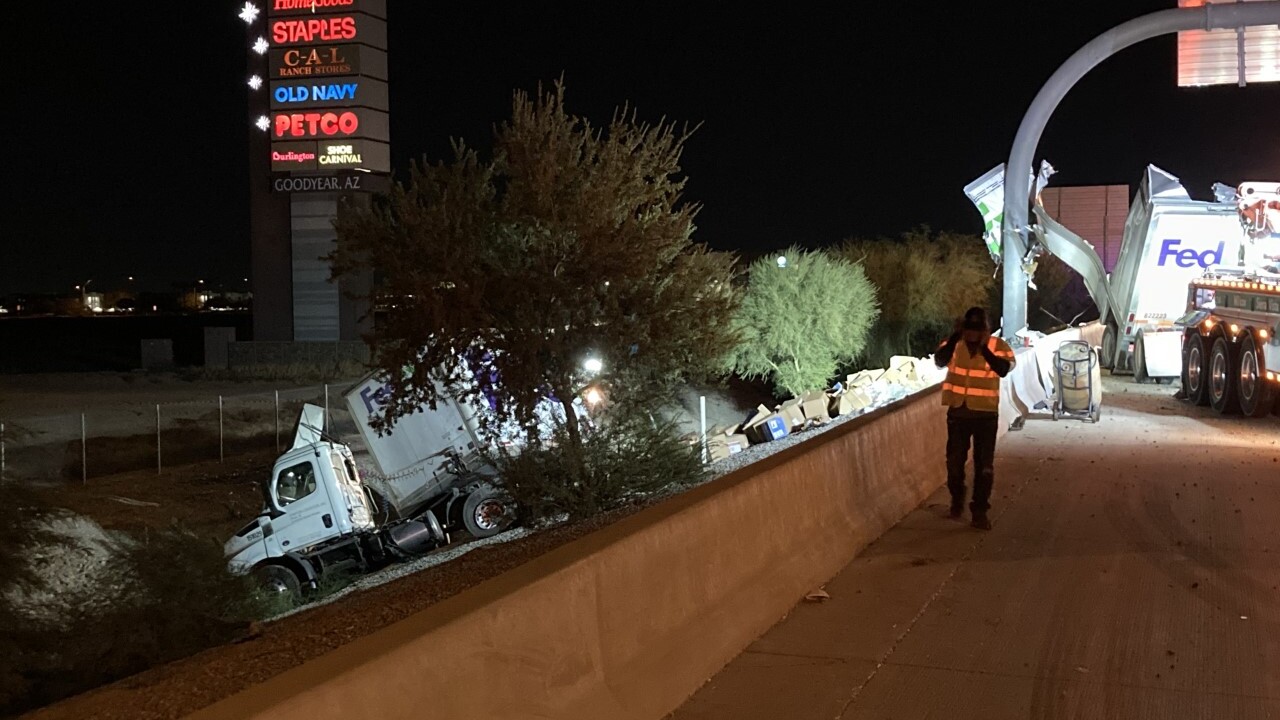 Arizona Department of Public Safety officials are investigating a crash involving a FedEx truck in the West Valley.

The crash occurred overnight along Interstate 10 near Estrella Parkway.

Video from the scene showed the truck cab off the freeway and down the shoulder embankment, while the trailer was sheared open. It had struck a pole and cement wall during the crash, causing a mess of packages and debris.

DPS initially said the crash was under investigation as a possible hit-and-run, but a trooper at the scene later said it appears the driver fell asleep.

Fortunately, only minor injuries were reported.

No major traffic impacts were reported in the area.