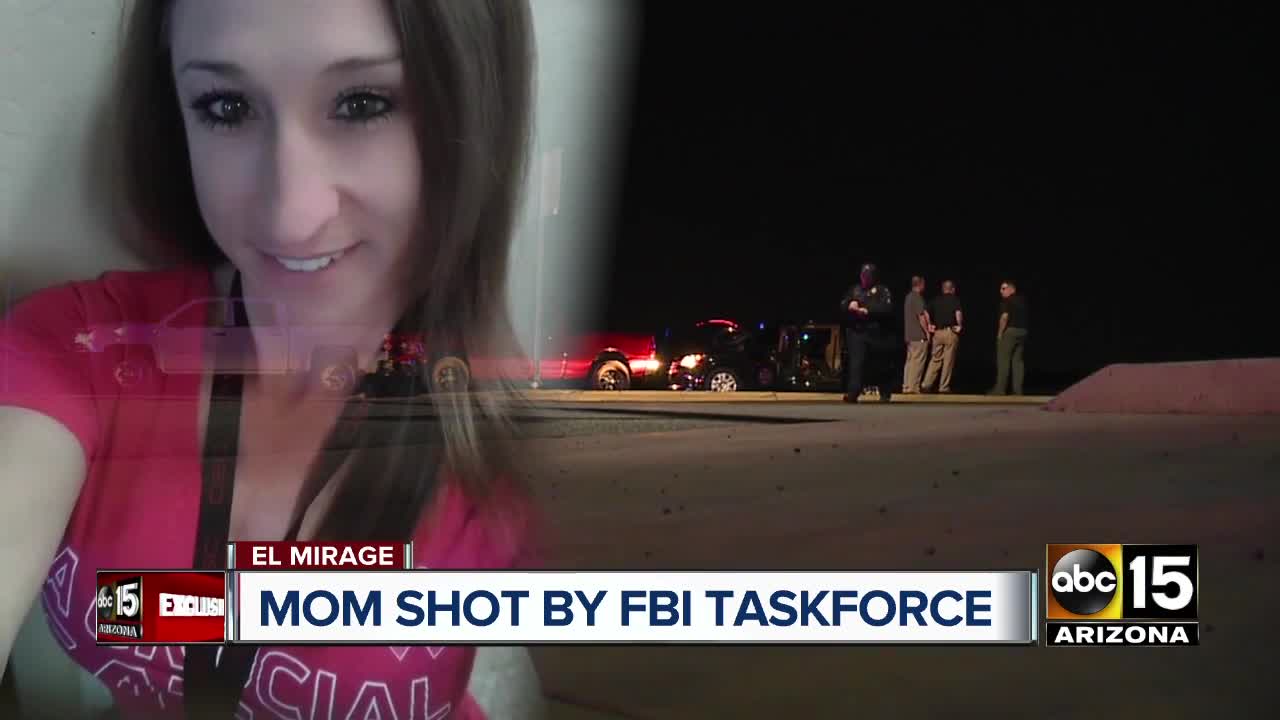 Valley family says woman was not the target 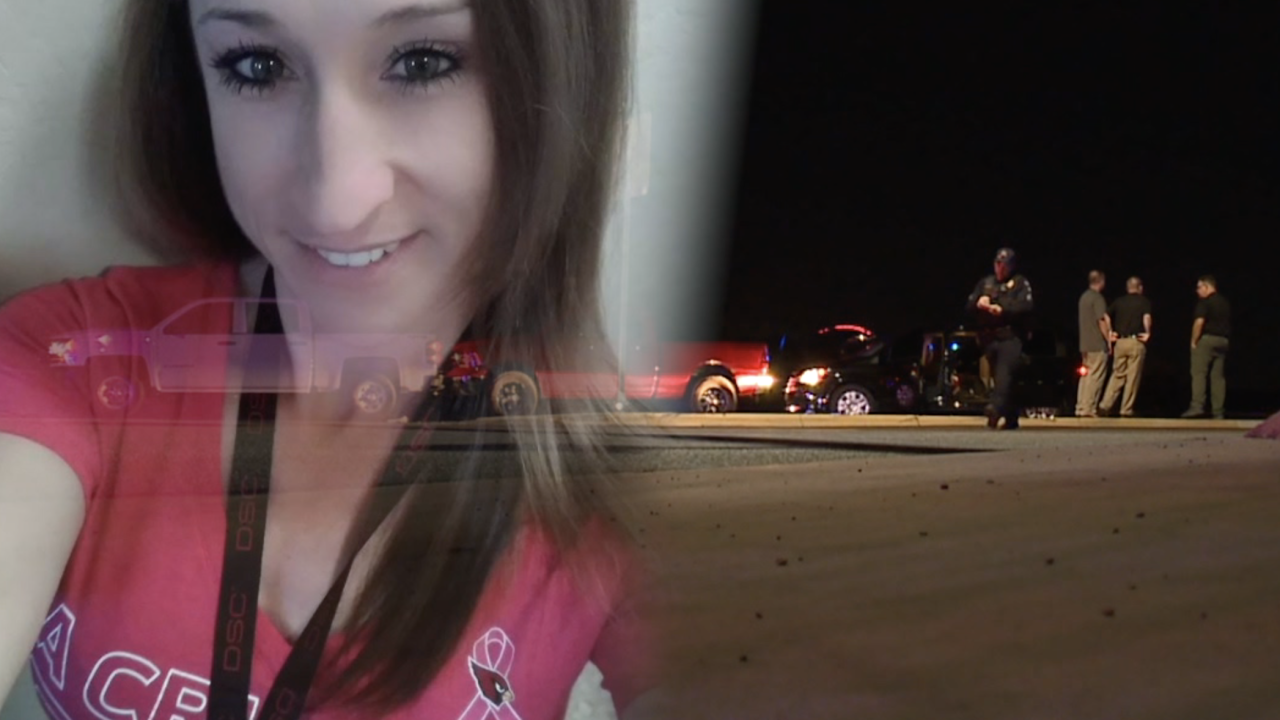 EL MIRAGE, AZ — A Valley mother is fighting for her life after her family says she was shot at least four times Wednesday night during an FBI Task Force operation in El Mirage.

The shooting happened while FBI officials were executing a felony arrest warrant for 32-year-old Ernesto Izaguirre.

Melonee Duval, 40, was driving the vehicle Izaguirre was riding in when authorities went to arrest him. Duval's family tells ABC15 that the mother of three was not armed, and to their knowledge, there were no weapons in the truck.

"They would’ve publicized that immediately. They would’ve said that they are armed," said Jyna, who told ABC15 she is Duval's mother-in-law.

Relatives and a family attorney say Duval was shot twice in the face, and once in the leg and arm. They say she has completely lost her left eye and had to have two fingers sewn on her hand.

The red pick-up, which relatives say belonged to Duval, was riddled with bullet holes in the front windshield and side door. "It's not right. She didn't have no weapons on her, and she wasn't wanted," said Jyna.

The FBI has released very limited information about the actual shooting and arrest.

A spokesperson confirmed via email that there was a shooting involving the FBI Violent Crimes Task Force and that one person was injured and hospitalized. They also confirmed Izaguirre was arrested and a third passenger in the truck was not hurt,

They have not responded to any of ABC15's questions about who fired shots, because both Maricopa County Sheriff's Office deputies and FBI agents are on the task force.

They would not say anything about what led up to the gunfire, how many people fired shots or how many shell casings were found on the scene. They would not say if any weapons were recovered in Duval's truck. They would also not confirm the identity of Duval or any updates on her condition.

They did say no law enforcement was injured during the shooting.

While Duval was undergoing multiple surgeries in the hospital, Izaguirre was receiving his instructions from a judge. He is not eligible for bail since he was arrested for a felony while on probation.

His most recent crimes include an incident in May 2019 where court documents allege he pointed a gun at his children's grandfather when picking them up.

ABC15 discovered Izaguirre has been arrested at least ten times in Arizona since 2006. That number is even more surprising since Izaguirre was in prison from 2007 until 2014 for aggravated assault, criminal damage, drug paraphernalia, and two counts of theft-means of transportation. He has been charged with crimes in Buckeye, Flagstaff, Youngtown, and Maricopa and Coconino counties.

Duval has also been incarcerated in the past, serving four months in prison for aggravated DUI.

The FBI’s shooting incident review team is conducting interviews and gathering information regarding the shooting and plans to submit their findings to a review board. A timeline for how long a review would take was not immediately available.

The family is now being represented by the Mayes-Telles law firm. "If we feel it’s appropriate we will sue, we definitely will sue, but first we need to get all the facts," said Gail Barsky, the family's attorney.