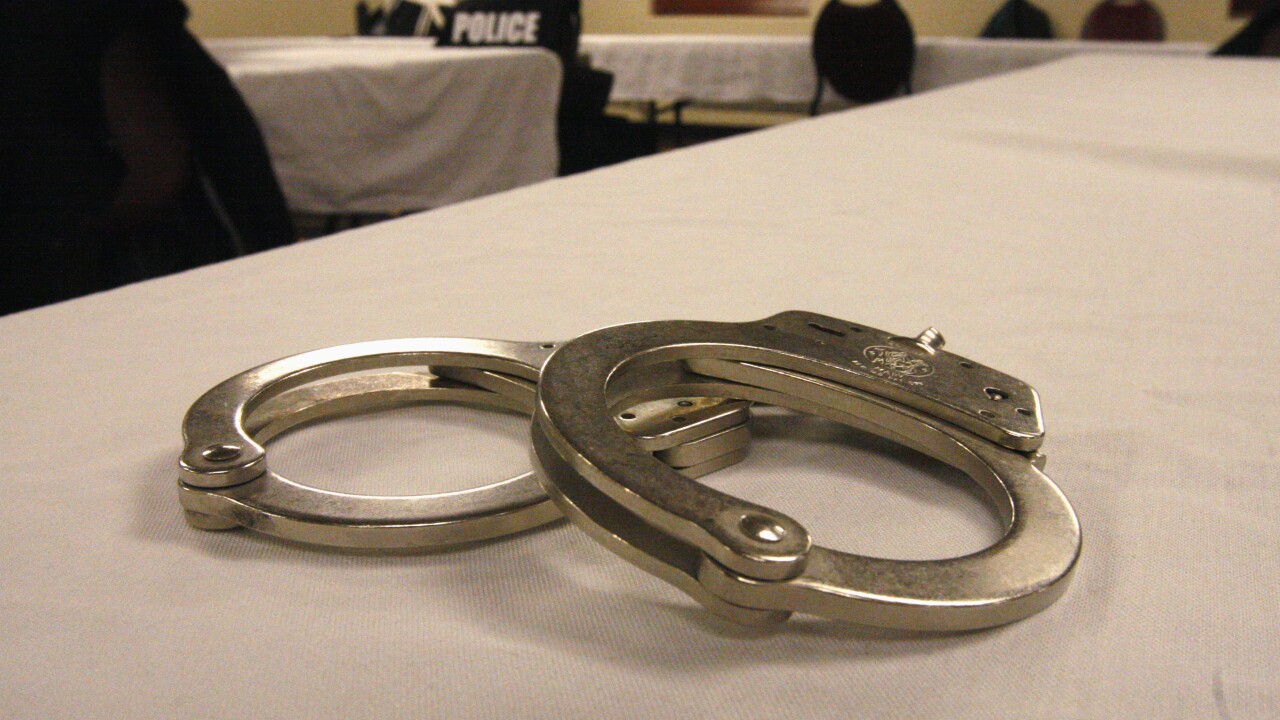 Martha Irvine/AP
Handcuffs used on men arrested for prostitution solicitation sit on a table at a hotel in Minot, N.D., on Saturday, Jan. 31, 2015. Sex trafficking has become a big problem in North Dakota amid an oil boom that has brought in money and oil workers. The Minot police sting ended with the arrests of 13 men, who answered ads on an escort website posted by the undercover officers. (AP Photo/Martha Irvine)

One incident occurred on Jan. 23, when a homeowner near Cactus and El Mirage roads reported that his home was shot nine times.

Officers were dispatched to the same area on Feb. 8, where they were checking on reported gunfire. Shell casings were found in the area, but no property damage or injuries were reported.

Detectives with El Mirage Police Department analyzed evidence from the two shootings that connected the incidents to two other shootings: one in Surprise on Jan. 6, and another in Phoenix on Feb. 8. Fortunately, no property damage was discovered in the Surprise and Phoenix shootings.

Surveillance video from Surprise captured a blue Chevrolet pickup truck that was seen leaving the scene, and a blue truck was also noted at the other shooting scenes.

On Feb. 13, an El Mirage officer saw what he believed to be the suspect vehicle in a parking lot and worked with Surprise officers to confirm the connection.

On Feb. 26 and 27, search warrants were served and two 15-year-old boys were arrested. One has been identified as the driver, and the other the shooter in all four shootings.

Officials did not identify the teens.