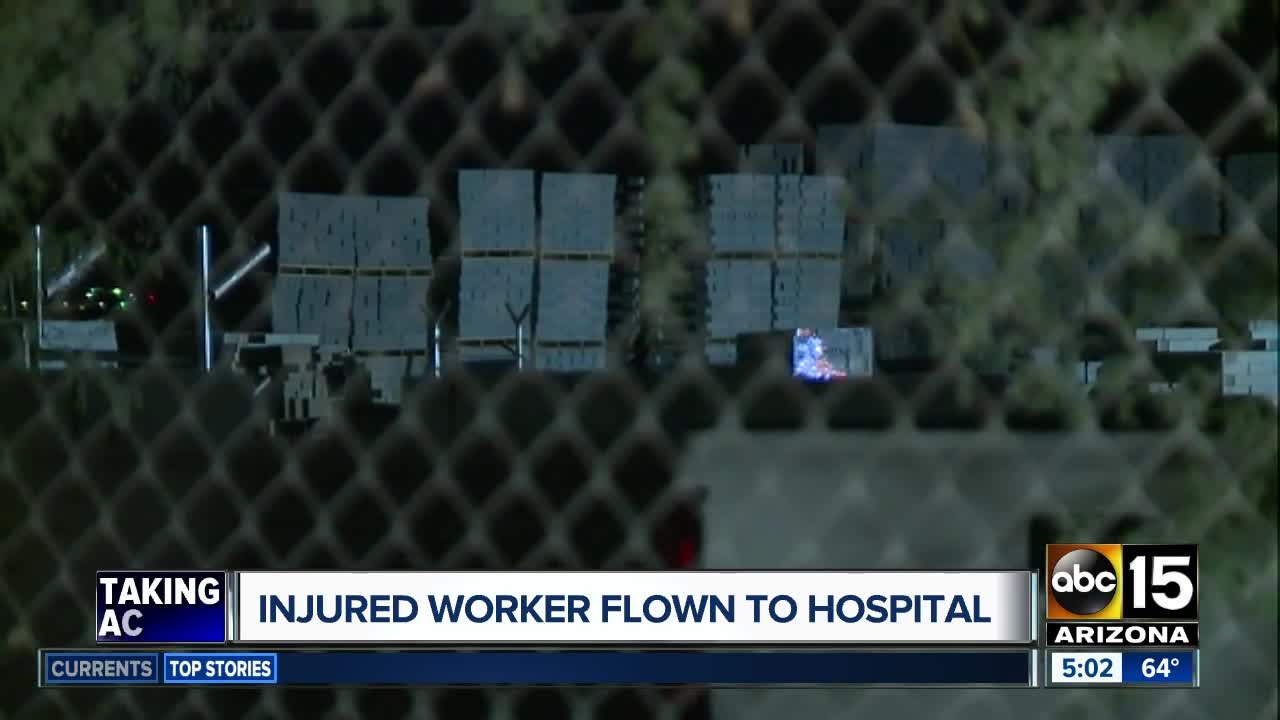 A man was reportedly trapped in a piece of equipment at an El Mirage concrete manufacturing site.

EL MIRAGE, AZ — A worker was seriously injured during an incident at an El Mirage work site early Tuesday morning.

Police were called to a business near El Mirage Road and Olive Avenue after 2 a.m. for reports of a man who was hurt by a piece of machinery.

Fire crews had to extract the worker from a piece of concrete-mixing equipment before he was flown to the hospital in serious condition.

The incident is under investigation and no further information has been released.