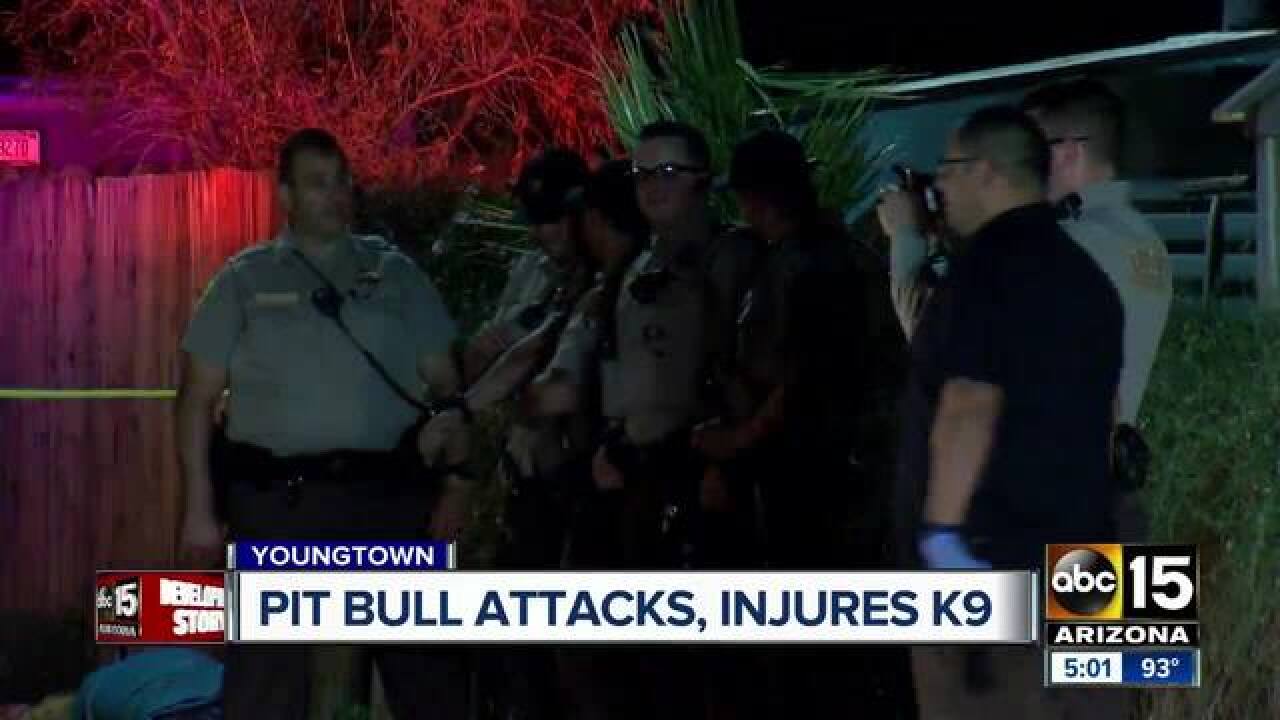 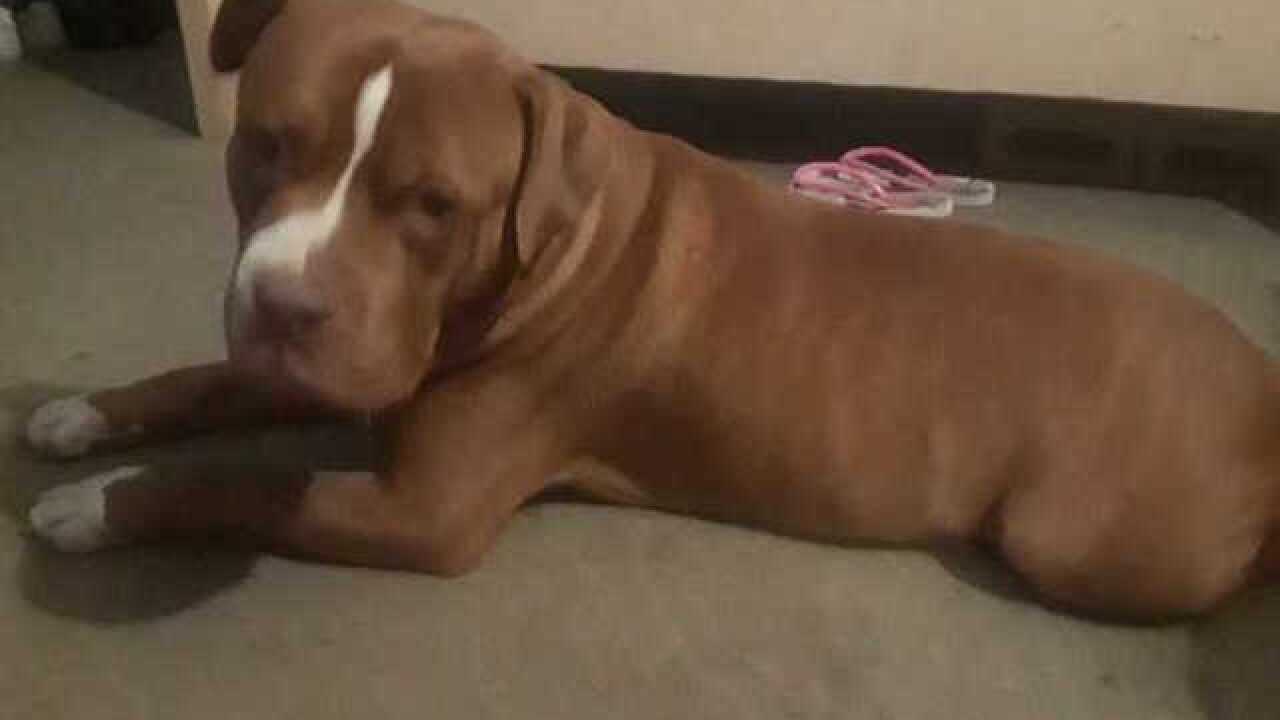 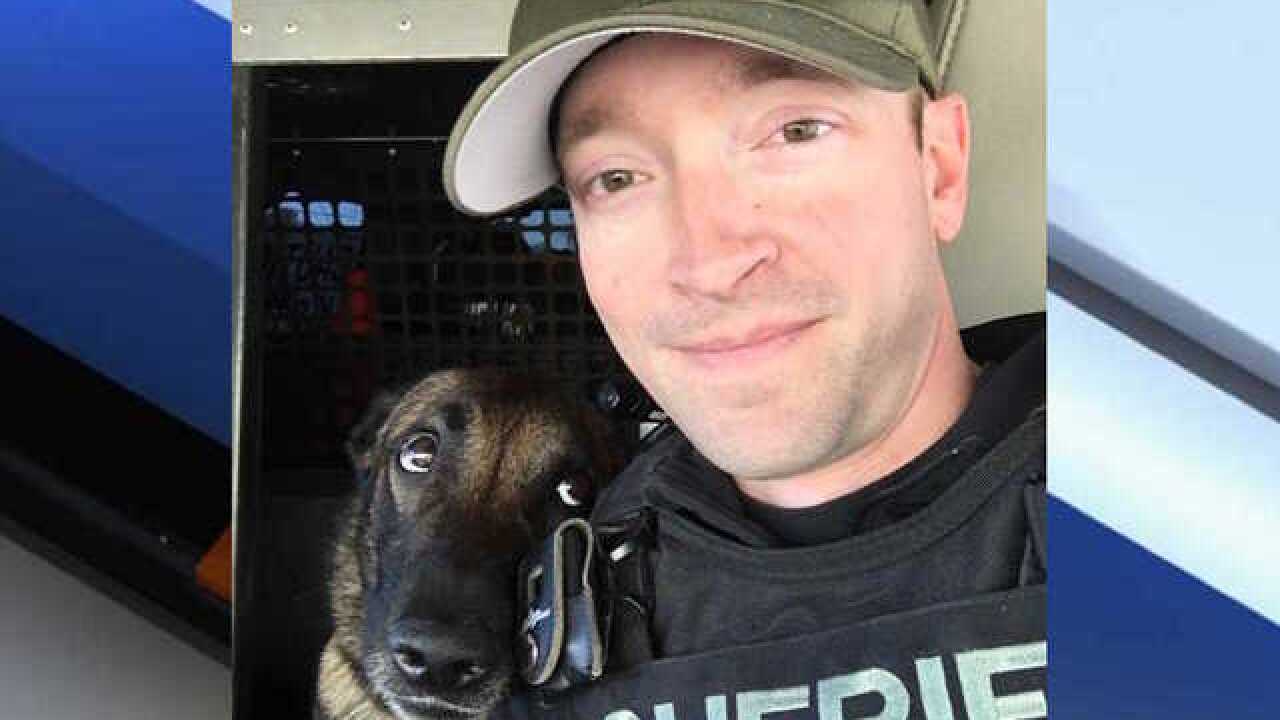 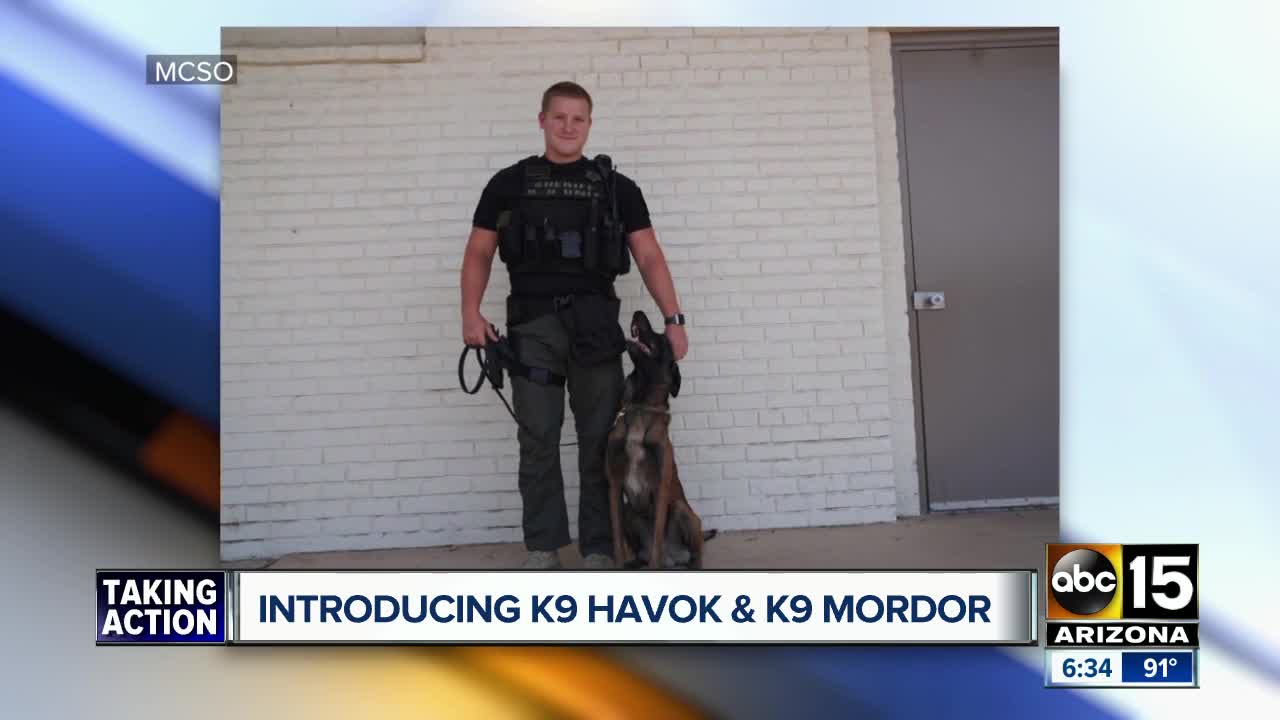 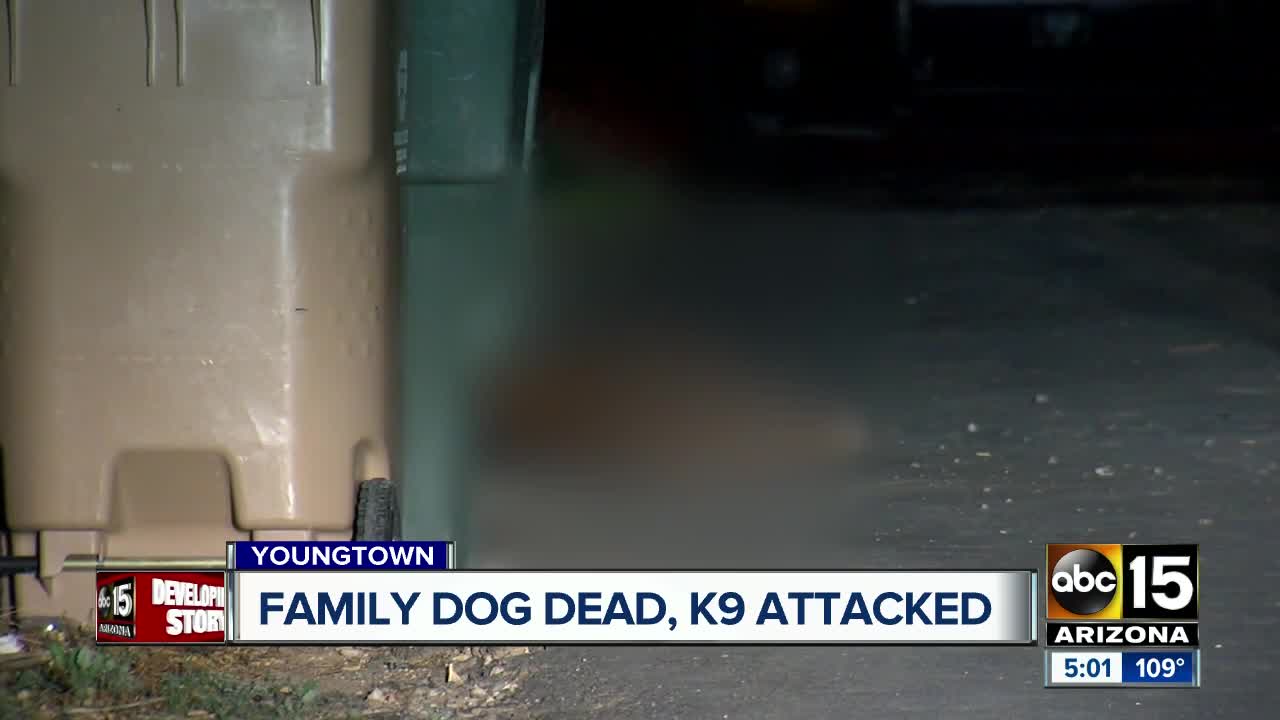 Authorities say a Maricopa County Sheriff’s deputy shot a dog after it attacked his K-9 while the pair was responding to a fight at a Youngtown home.

Two MCSO deputies and a K-9 named Tarzan were called to a home near 112th and Peoria avenues Saturday night after the homeowner reported a fight, officials said.

JUST IN: MCSO just released these photos of Tarzan, the MCSO K9 deputies say was attacked by another dog late last night. The other dog was shot and killed by deputies: https://t.co/B034wZFsxg #abc15 pic.twitter.com/0CkDIDeayB

Once the deputies arrived, a man and woman told them the suspects had left through a back door.

One of the deputies and Tarzan went to an alley behind the home to search for the suspects when a pit bull named Chevy came out of the backyard and allegedly attacked the MCSO K-9, an MCSO spokesman said.

The pit bull’s owner attempted to separate the dogs, but Chevy would not let go, authorities said.

According to MCSO, the deputy ran out of options and was forced to shoot the dog.

Tarzan did suffer puncture wounds to his chest, an injured rear leg, and broken teeth and is being treated, officials said. He is expected to make a full recovery.

Chevy did not survive his injuries, officials said. No other injuries were reported.

Chevy's owner, Suzette Klein, said she and her son had gotten into an argument, and when her son was leaving out the back he left the back fence open.

"I'm really stressed out right now, really -- it's upsetting," Klein said. "It was loud and it was escalating."

Klein says she tried to explain to police out front what was going on, and that she had her dog in the back and her son was leaving.

"My daughter was actually out there as the cop was shooting him. She had his back legs," Klein said. "I think that instead of erring on the side of caution they erred on the side of aggression and it caused a chaotic scene."

Deputies detained the male suspect who was accused of getting into a fight, officials told ABC15 News at the scene.

Authorities say they're frequently called to the home for reports of domestic disputes, but no further information was released.

ABC15 spoke with a K-9 trainer who said these dogs are specifically trained to ignore other animals and not show aggression when out on calls.

K-9 Tarzan was trained at the K-9 Defense LLC. K-9 Mick, who was shot a few days ago while engaging a suspect in Glendale, is the sire of Tarzan.

The trainer said K-9s are trained to remain neutral even if an animal is showing aggression towards them. They are also trained not to attack unless they have to defend themselves, the trainer said.