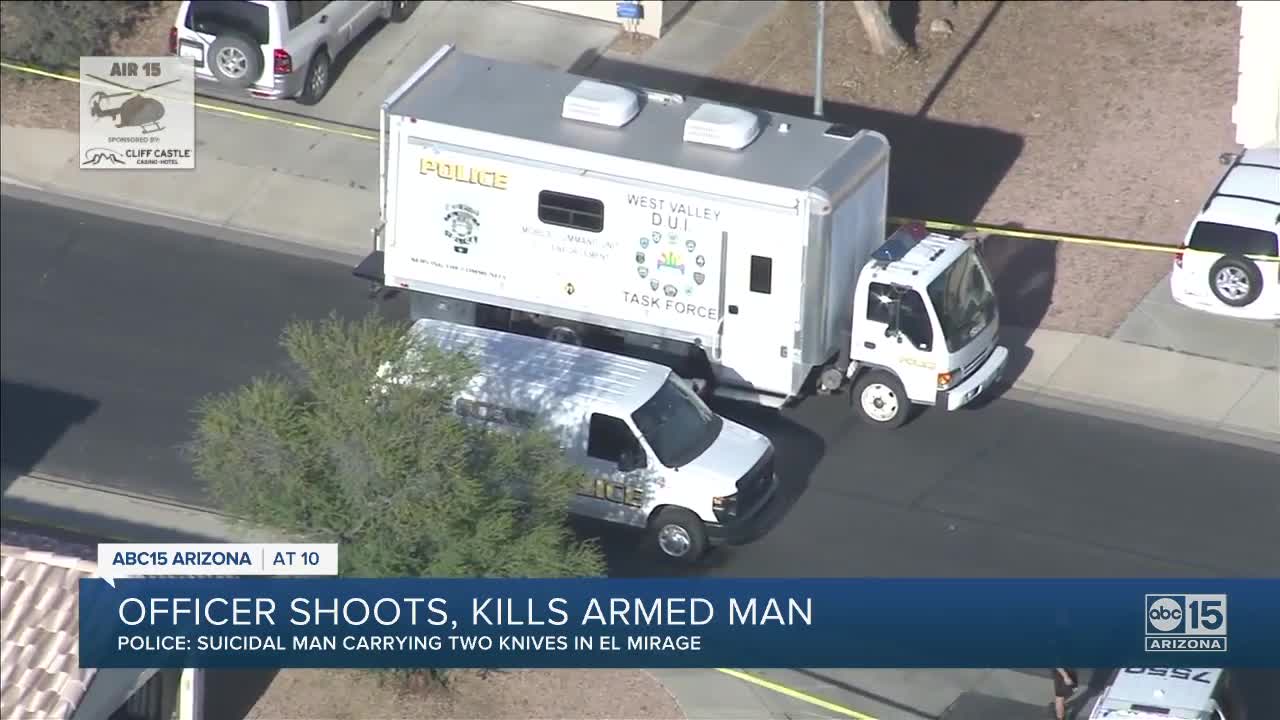 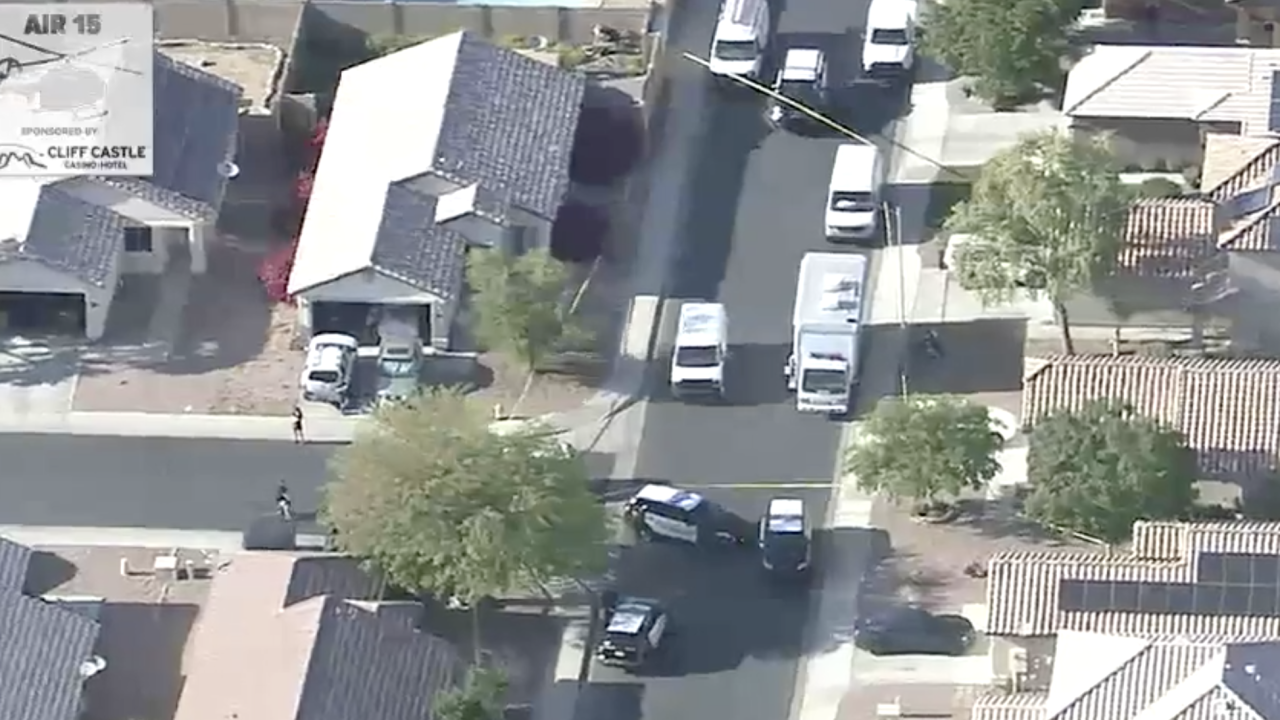 Police say one suspect was shot and killed in the incident.

The shooting took place near El Mirage and Cactus roads around 3 p.m.

Officers say the suspect was threatening suicide and wielding two knives. Officers repeatedly asked subject to drop the knives but he did not comply.

After not obeying officers orders, one officer fired their taser and the suspect still did not drop the weapon, according to officials.

The suspect then got up and threw one of the knives at the officers', just missing them. When the suspect proceeded toward the officers, the same officer who tazed the suspect fired multiple shots, hitting the subject, officers say.

Police also say the subject made multiple statements to people in the area to the effect he wanted people to harm him.

The officers involved will be put on paid administrative leave, per policy.

Police have not determined if impairment was a factor.

The suspect’s or officers' identity have not been released.