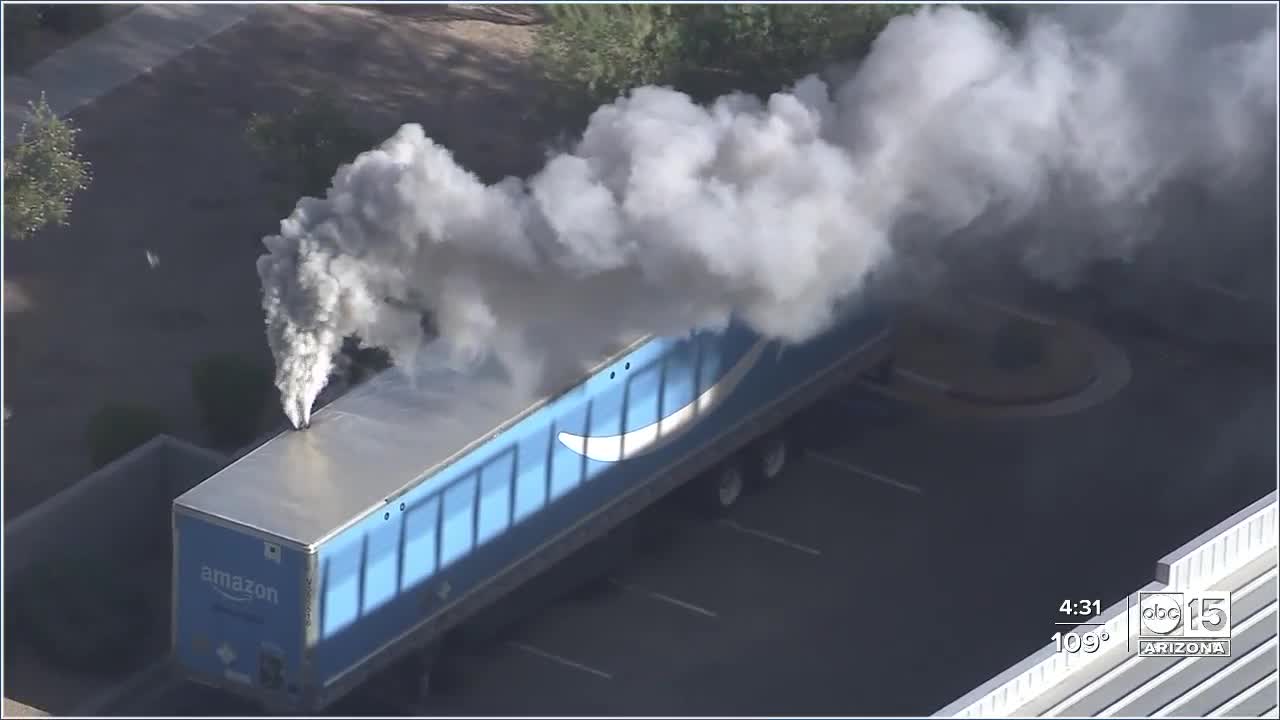 An Amazon warehouse in Phoenix closed today after a fire caused a serious HAZMAT issue. 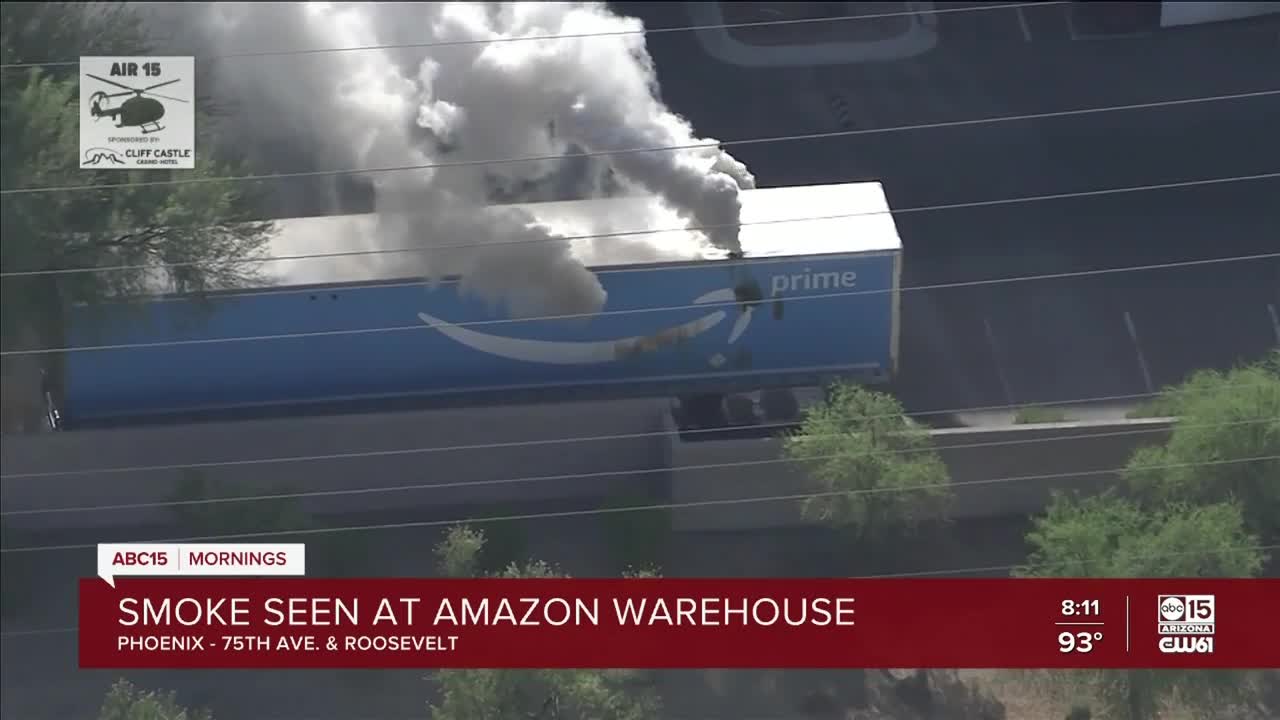 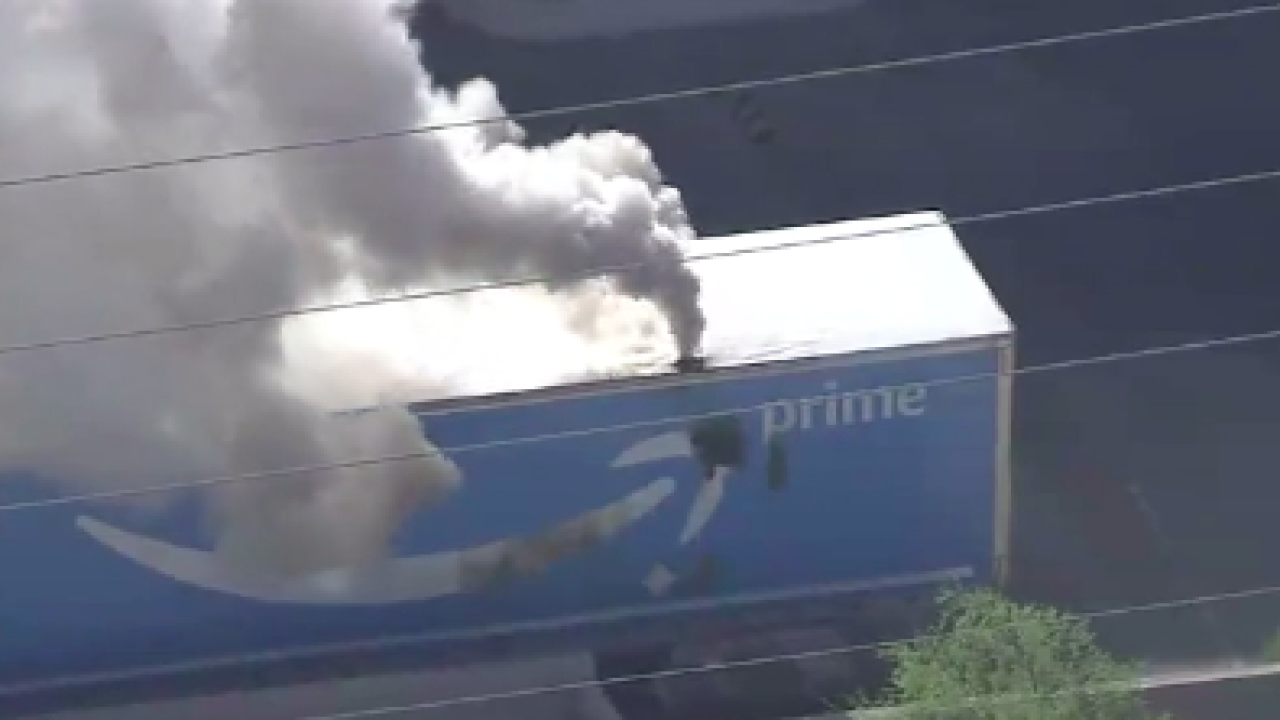 PHOENIX — Contents inside an Amazon-branded semi-truck near the company's facility in Phoenix apparently caught fire or was burning on Thursday morning, prompting fire officials to evacuate nearby businesses and issue a reverse 911 call encouraging homeowners nearby to shelter in place.

Phoenix Fire Captain Todd Keller, a spokesperson for the department, said firefighters were called to the facility near 75th Avenue and Roosevelt Street shortly after 7 a.m. and noticed a chemical odor and smoke coming from the trailer. Because of that, the call was upgraded to a hazardous materials situation and later upgraded to a third-alarm hazardous materials situation, as people a half-mile away were reporting a chemical odor, he said.

"Initially representatives from Amazon could not be found delaying the identification of the products inside the trailer," he said.

Keller did not say what was inside the trailer. In an earlier statement, he said the cause of the fire or smoke was under investigation, as was the identification of the apparent chemical.

Interstate 10 was closed in both directions because of the investigation. The freeway reopened shortly before noon, according to tweets from the Arizona Department of Transportation.

Roads in the area were also closed, Phoenix police said in a tweet.

No injuries have been reported.

"This morning at one of our Phoenix fulfillment centers, our team noticed smoke coming from a trailer located in our onsite truck yard. The health and safety of our employees is our top priority, and as such, all employees at the site were promptly evacuated and have been sent home with pay. No employees were injured as a result of this incident. We appreciate the efforts of our local first responders," said Lisa Guinn, a spokesperson for Amazon.