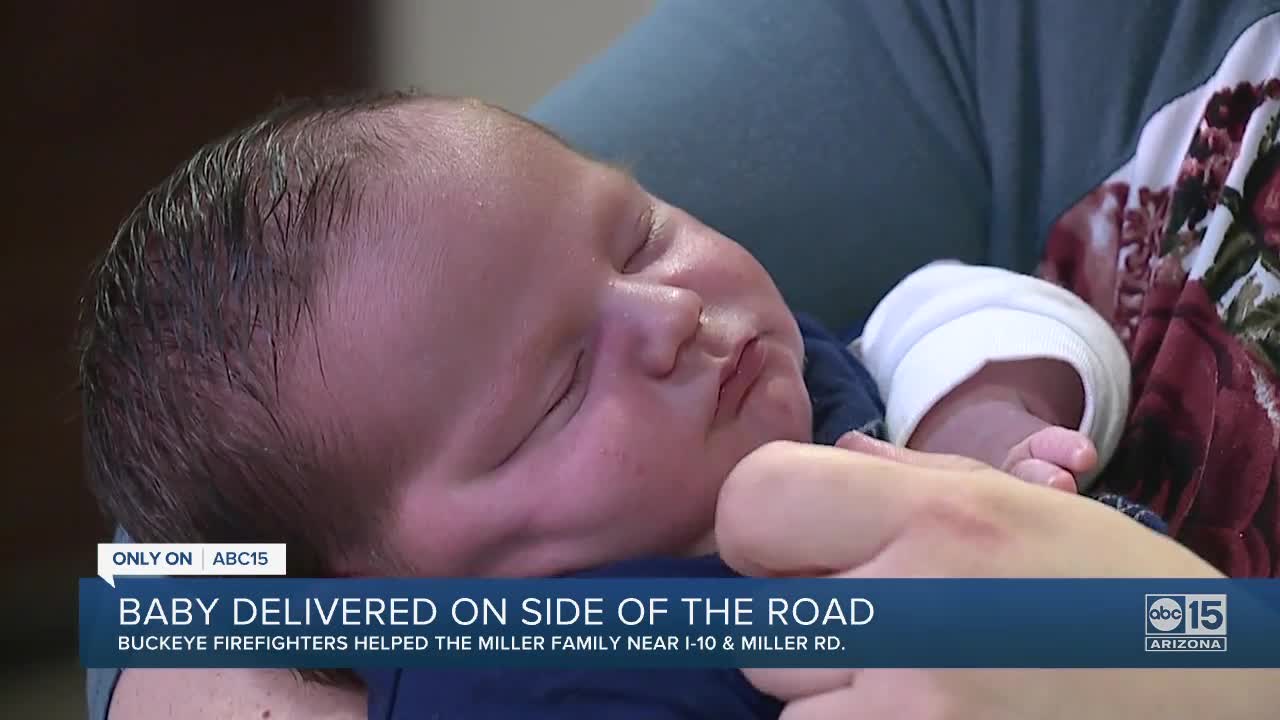 Buckeye firefighters helped the Miller family near 1-10 and Miller Road. BUCKEYE VALLEY, AZ — It was a mad dash to the hospital when Megan Miller and her husband Chris had an early wake-up call on Martin Luther King Jr. Day.

"When I bent down to get the laundry I realized, oh, he's making his debut today," said Megan.

The Millers were heading eastbound on Interstate 10 hoping to make it to Banner Estrella Medical Center to deliver their fifth baby boy when they were forced to pull off the freeway and onto a frontage road.

"Chris put [the car] in park and I unbuckled my seatbelt and just flipped the seat back," she added.

The couple had already dialed 911, knowing they may not make it to the hospital in time. Within minutes, crews with the Buckeye Fire Department rushed in and firefighter Marc Andrade stepped up to the plate.

"When I said that my water broke and that he was coming he said, 'Okay, alright, let’s do this,'" said Megan. "It was comforting to have somebody with the confidence that he had, whether he felt confident or not."

Turns out, it was Andrade's first-ever in-field child delivery.

"I think about that moment, seeing someone take the first breath. It’s not something I do every day," said Andrade. "It was life-changing for me, one of the calls I will never forget, honestly.”

Andrade hopped in the ambulance with the couple to escort them to a doctor. The Millers are grateful help came when it did.

"I don’t think it was even 45 seconds by the time he came out after my water broke," added Megan. "Nobody skipped a beat, everybody was right on top of everything and they were super considerate.”