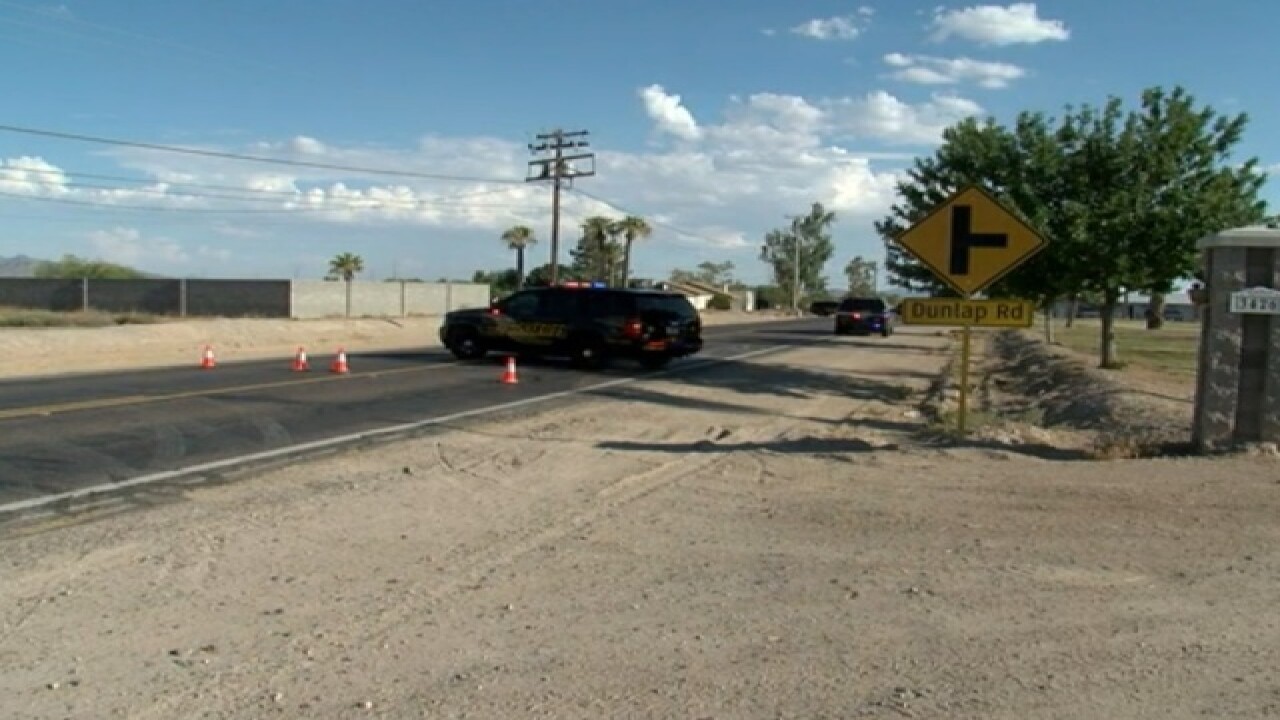 Maricopa County Sheriff's deputies are investigating a shooting near Buckeye on Sunday afternoon.

Deputies said a man was shot multiple times by a friend at a family gathering near 195th Avenue and Dunlap Road shortly after 4 p.m. The victim was taken to a hospital and his condition was not released.

Authorities said the suspect, 48-year-old Robert Scott Eyherabide, was found dead some time later at the intersection of Jackrabbit Trail and MC85.

Deputies said there were children present the time of the shooting but they were not hurt.