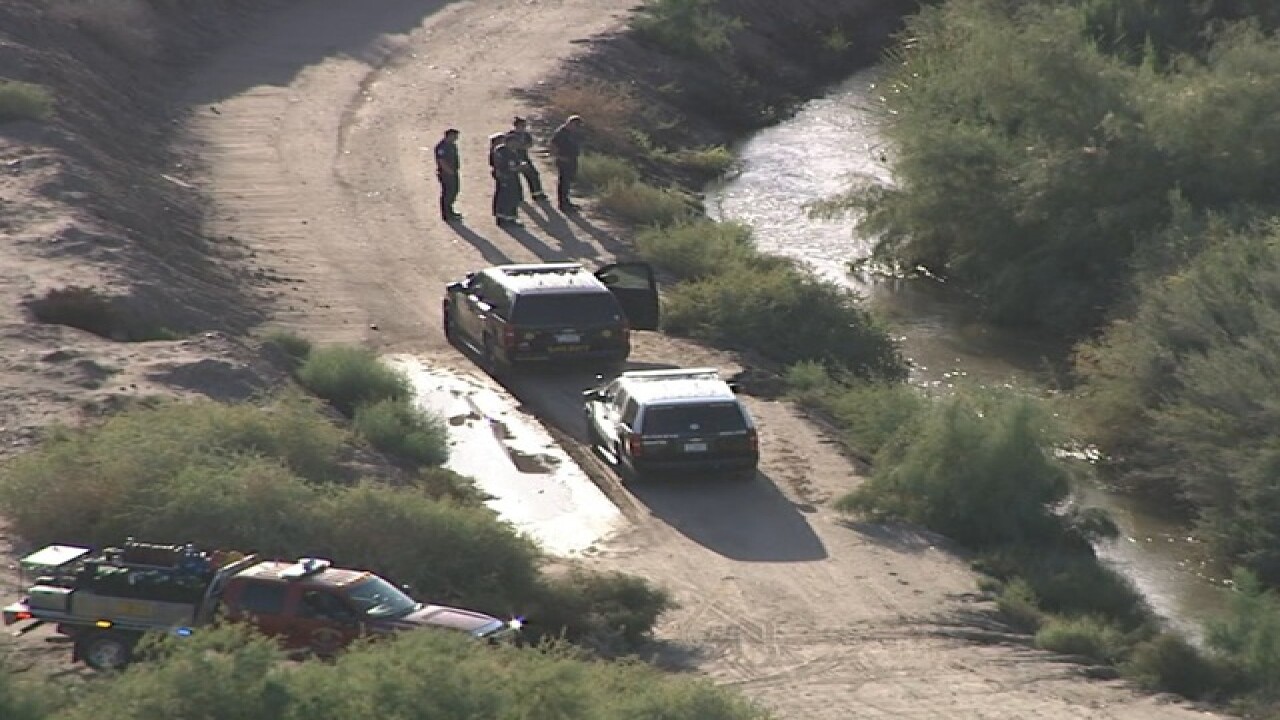 Police  are investigating a body found in Buckeye Friday afternoon.

Authorities were called to the scene near Hazen and Miller Roads around 4:30 p.m.

The Maricopa County Sheriff's Office confirmed a body was found, but referred all further questions to the Buckeye Police Department.

A Buckeye police spokesman said human remains were found partially submerged in an irrigation canal. No further details about the body or how it died were released.