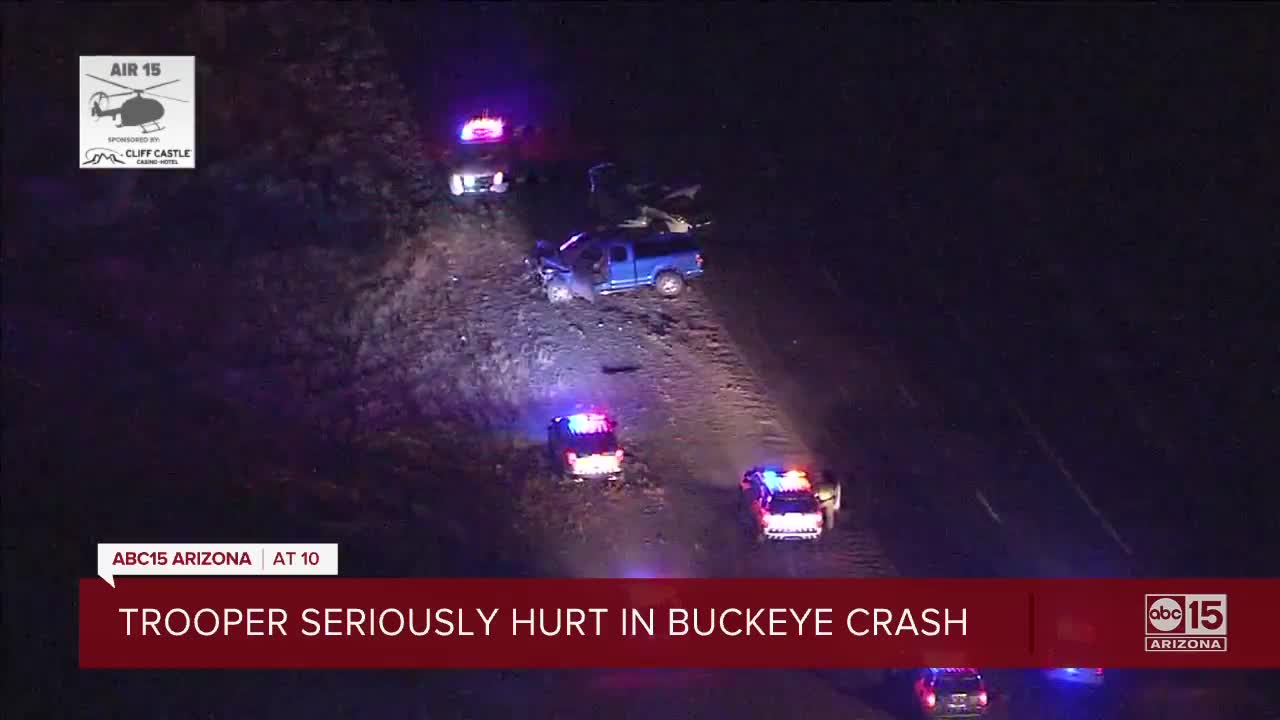 A DPS trooper, one other have serious injuries after a serious crash Monday evening in Buckeye. 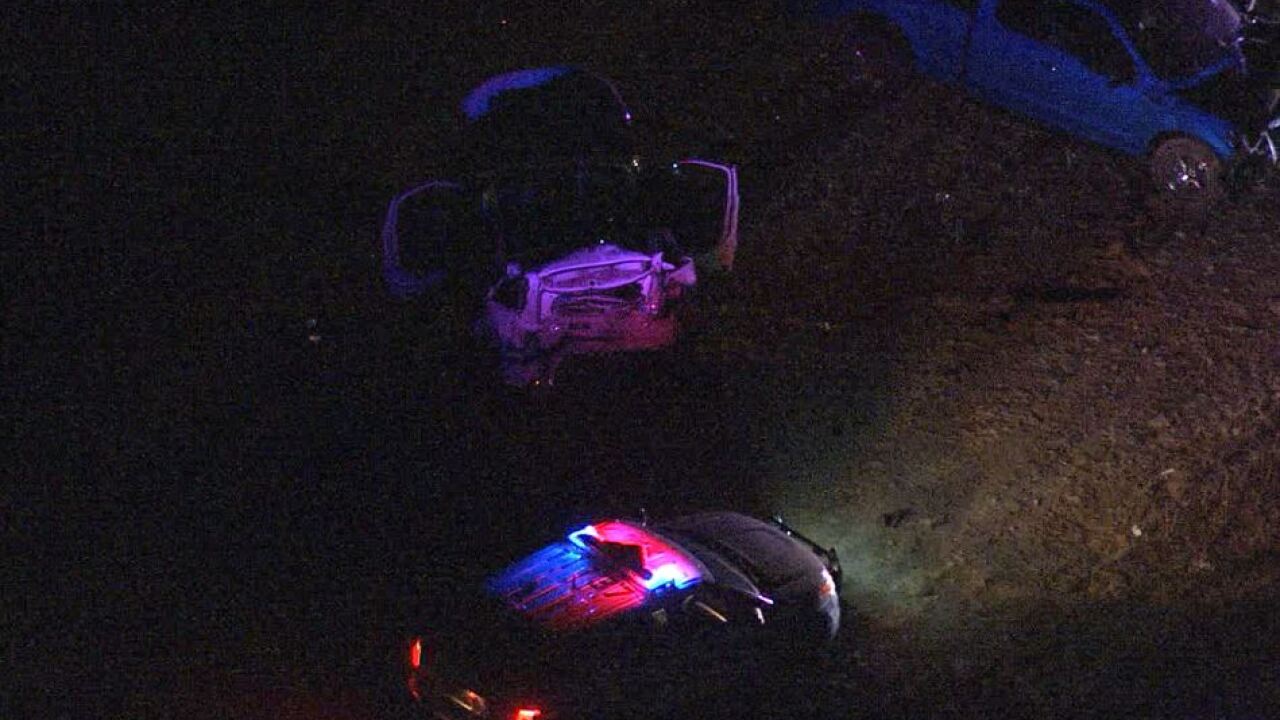 BUCKEYE, AZ — Officials say impairment may be to blame for a crash that seriously injured a DPS trooper and another driver Monday night.

The Department of Public Safety says the two-vehicle collision occurred at around 6 p.m. on State Route 85 at the intersection with Interstate 10 eastbound.

Preliminary information indicates troopers were conducting traffic control, and as traffic was being moved to the right, a blue Ford F-150 rear-ended one of the trooper’s patrol vehicles.

Authorities say the trooper was parked within the median of SR85 with their emergency lights on at the time of the crash.

Both the trooper and the truck driver suffered serious but non-life-threatening injuries and were transported to nearby hospitals, authorities say.

Impairment is currently being investigated as a factor in this collision, DPS officials say.