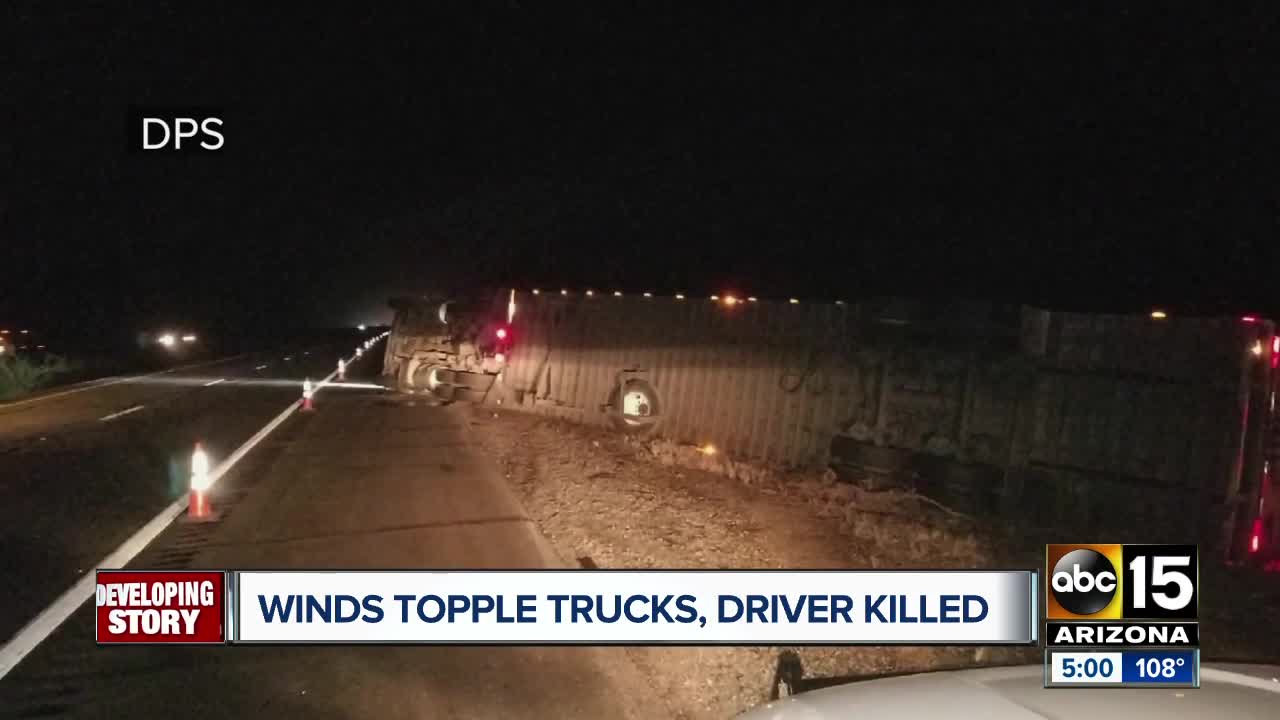 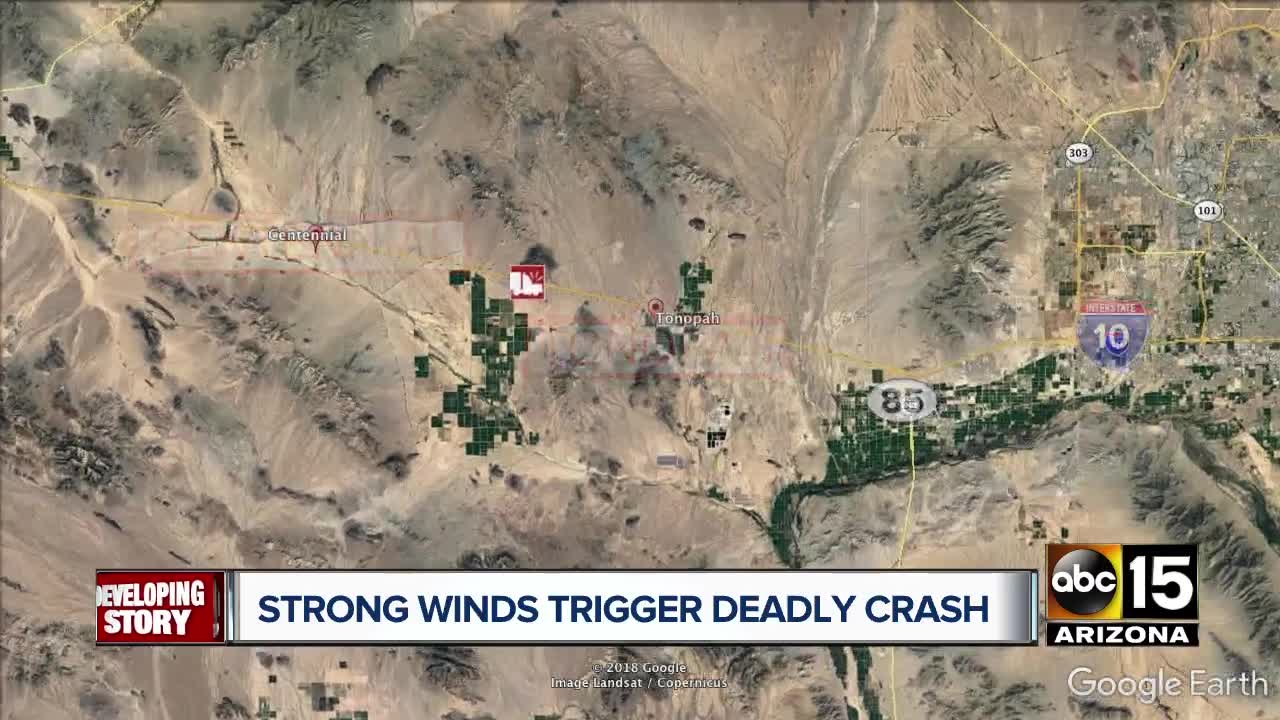 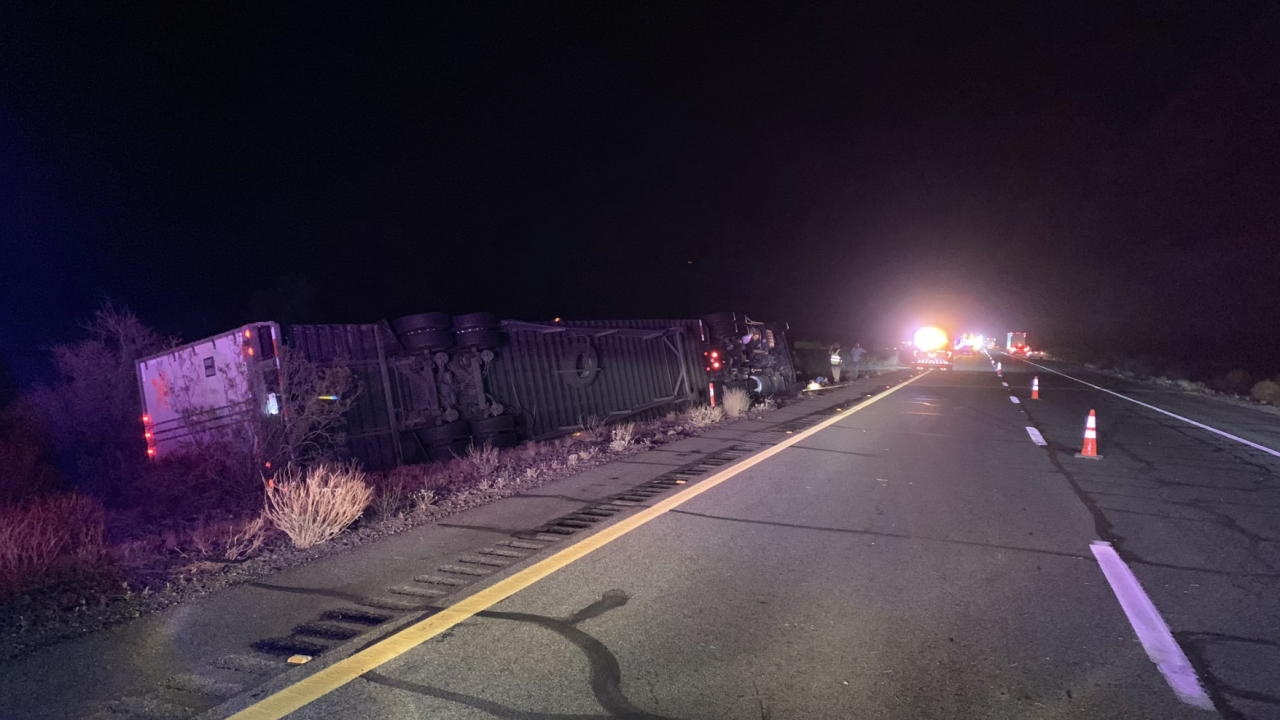 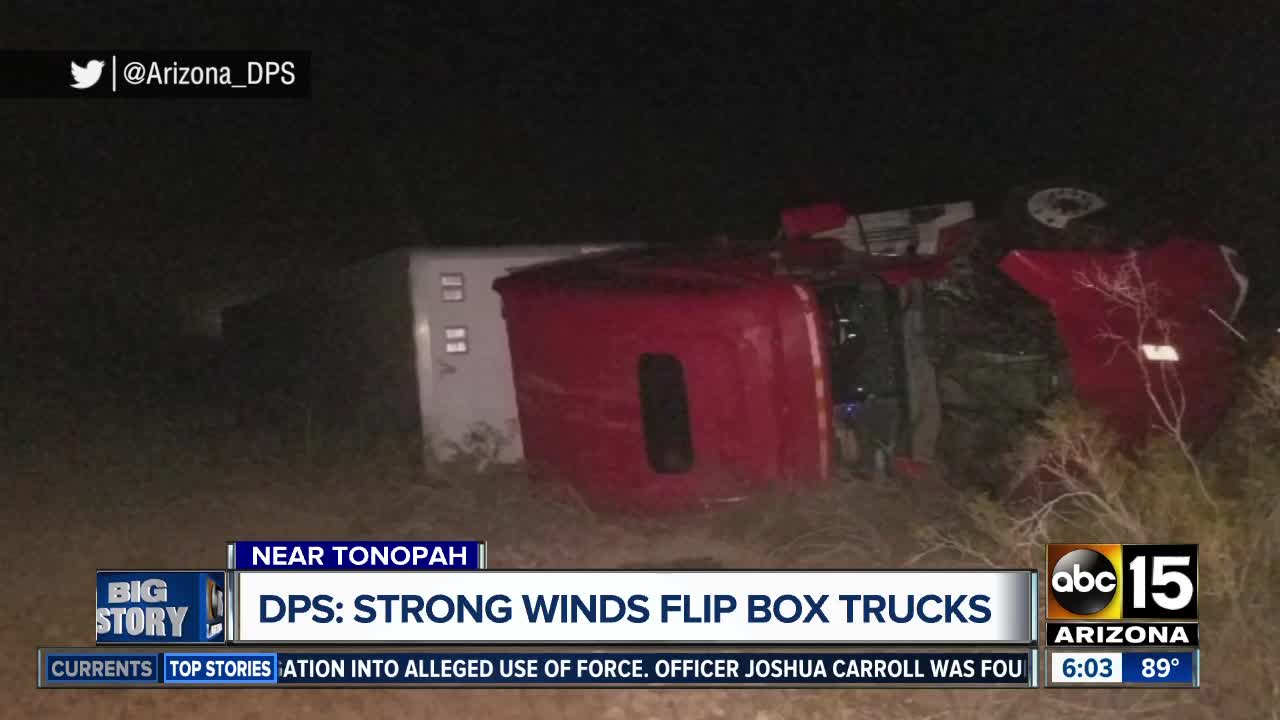 The National Weather Service said downburst wind gusts in the area were between 50 and 70 miles per hour.

One male driver was killed and another driver sustained a minor injuries, according to DPS. Authorities and family members say the man who died was 69-year-old Ronald Huff.

Family provided this picture of 69yo Ronald Huff, who died after winds toppled over his big rig last night along the I-10 near Tonopah. His family tells me he loved fishing, served in the Army and spent 20+ years driving trucks @abc15 pic.twitter.com/chKMsdicLs

Both eastbound and westbound lanes were effected by the rollovers. As of 5:00 a.m., both lanes reopened.