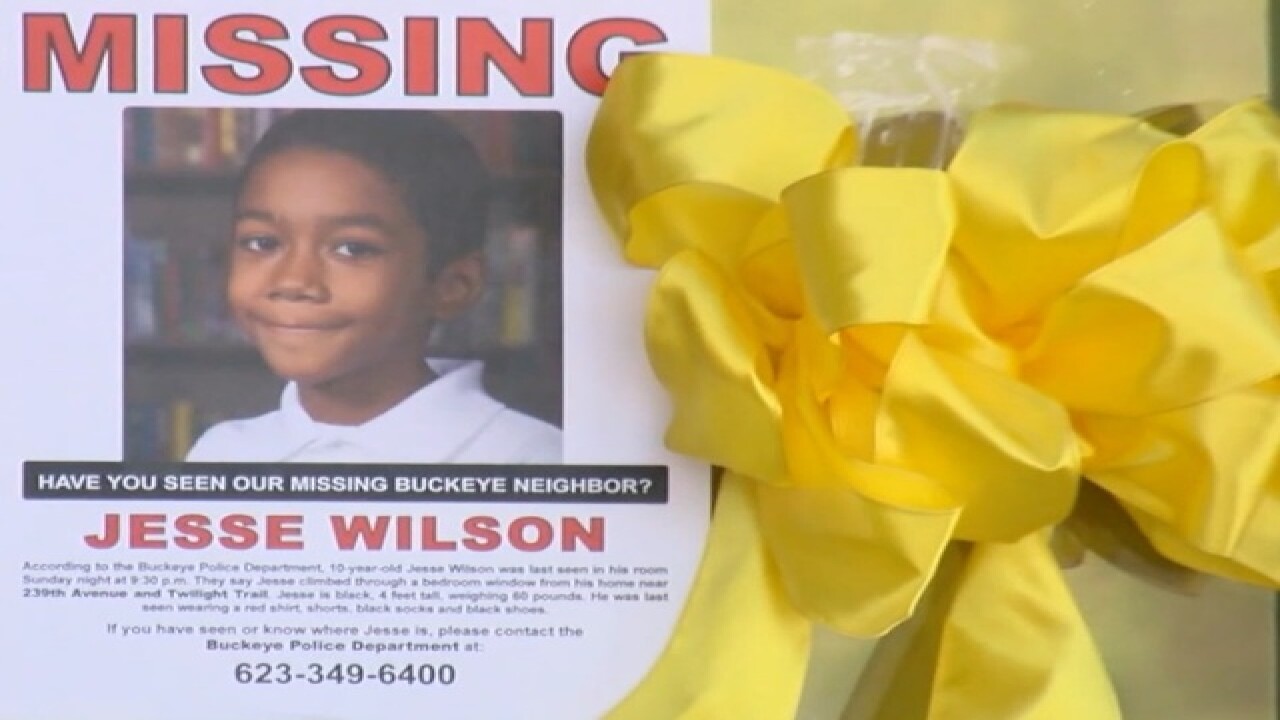 Jesse Wilson was last seen exactly a week ago today. The search for the 10-year-old Buckeye boy continues as family members, friends, volunteers and police come together in hopes of locating Jesse.

Police say the boy slipped out of his home last Sunday night. According to police, the boy reportedly has left home before, but has never stayed out for an extended period.

Members of the community have volunteered to help find the boy, and on Sunday at 7 p.m. teachers and staff members of the Bradley Academy of Excellence gathered to hold an appreciation night for those who are assisting in trying to bring the boy back home.

Monument for Jesse Wilson in front of his school. The boy has been missing for seven days. pic.twitter.com/LyAJL1CKhR

"We have to strive and stay focused on locating him and bringing him home. Out front there's a desk with his name on it. School starts August 8th and I expecting him to be in it," said Daniel Hughes, president of Bradley Academy.

The school has also launched a website in hopes of raising awareness. The school will be open from 7 a.m. to 7 p.m. daily until Jesse is located. The location is open to the public, and a sanctuary has been set up at the school to serve as a place for prayer. Yellow ribbons have been placed along the Goodyear location as a symbol of hope.

"I just want to thank everybody for coming out, supporting and helping us to find Jesse. I just want to let everybody know I appreciate everybody from the smallest child to the oldest adult thank you," said Crystal Wilson, Jesse's mother.

The search has been hampered by triple-digit heat.

The boy is described as being 4 feet tall, weighs 60 pounds and was last seen wearing a red shirt, shorts, black socks and black shoes.