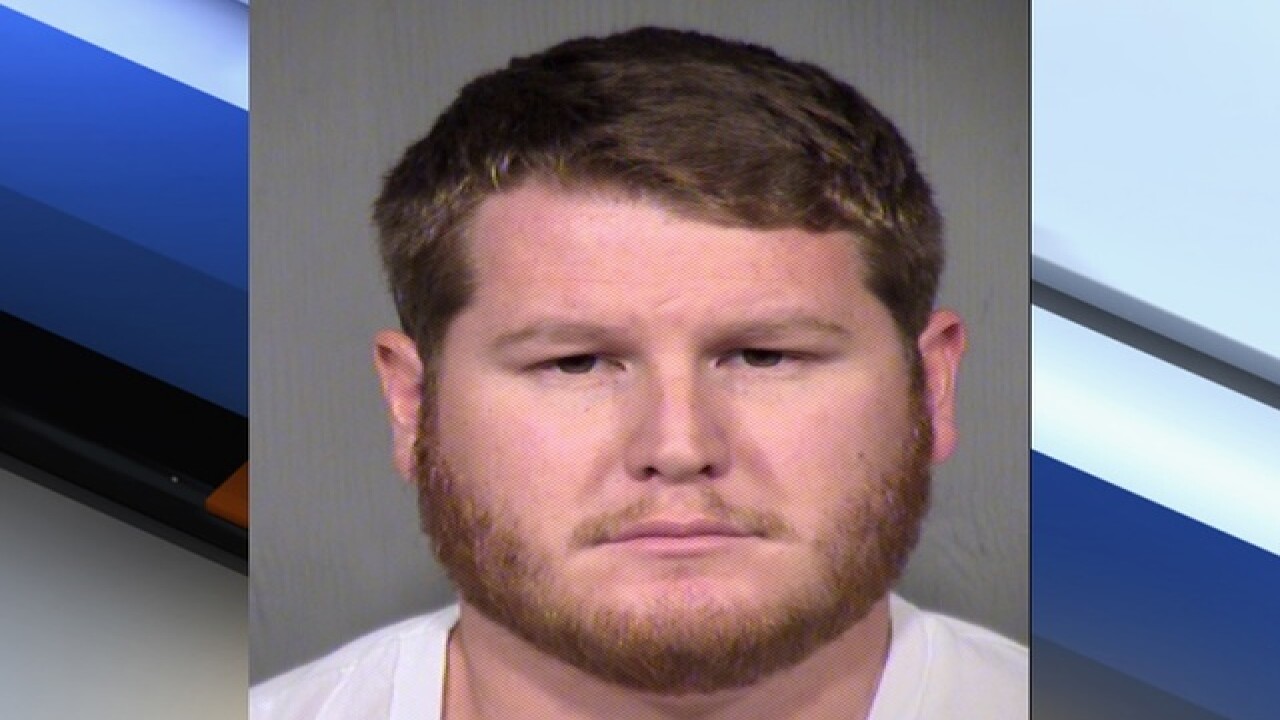 Police say a youth pastor from a Buckeye church has been arrested after being caught tape recording a young girl in a dressing room at a department store.

Christopher Santos, currently employed at Grace Fellowship Church, was taken into custody on Saturday after he was caught taking video on his phone of a 14-year-old female changing in a dressing room.

Officers were called to the scene near Watson and Yuma Roads on a report of a male subject who had been caught videotaping persons inside the store's dressing rooms.

The victim’s mother caught him in the act and demanded his cell phone, the device the suspect was using to record. She then called police and handed his cell phone over to upon arrival. They found the video of the victim on the phone and it has been impounded for evidence.

The 14-year-old victim said she was unaware she was being recorded.

Santos, 31, admitted to police he placed his phone underneath the changing room door for the intent of videotaping whoever was inside.

The 31-year-old pastor worked with kids from 13 to 17 years old. He has been on several overnight trips with children.

Santos was arrested and booked into the Maricopa County Sheriff's Office 4th Avenue Jail on charges of voyeurism and surreptitious recording. Both are class 5 felonies